Learning from the past and preparing for the future: Development of a swift and easy RNA sequencing technique on rapidly evolving viral strains

Background
In a matter of months, the cases of SARS-CoV-2 have transformed from an outbreak within a small community in Wuhan into a global pandemic, causing over 200,000 deaths worldwide as of today. Undoubtedly, SARS-CoV-2 has spread on an exponential scale, which has drastically increased the demand for medical resources, clinical testing and research.

Previously, conventional next-generation sequencing has been implemented on building viral whole genome libraries. This method utilizes double-strand DNA ligation (dsDL) steps based on the viral RNA (1) and ultimately extracts the meta transcriptome of one virus species from a patient sample. While this conventional workflow is effective in capturing the viral meta transcriptome, it is often costly and time consuming as it requires lengthy hands-on protocols. Due to the low abundance of the virus in patient samples (2), it is not uncommon that additional steps are required for target enrichment to achieve higher coverage of the genome. Given that coronaviruses like SARS-CoV-2 are rapidly evolving, these time-consuming and laborious protocols pose limitations for routine and large-volume use.

Key Findings
MINERVA is a two-stage strategy involving SHERRY, then target enrichment
The first stage that already reduces timely hands-on steps compared to conventional RNA-seq methods is the SHERRY protocol. Instead of standard ligation of dsDNA fragments which requires several purification steps, SHERRY introduces the transposase Tn5 from bacteria which tags RNA/DNA fragments, cut dsDNA and ligate these fragments to adaptors (1). Subsequently, this creates a library of RNA/DNA hybrids which are then amplified with PCR (1).

The second stage is target enrichment. This involves quantification of SARS-CoV-2 in the sequencing library with qPCR, pooling, and then hybridization of RNA probes as bait with the amplified  to target the post-RT-PCR dsDNA, thus enriching the sequences of interest (Fig. 1). 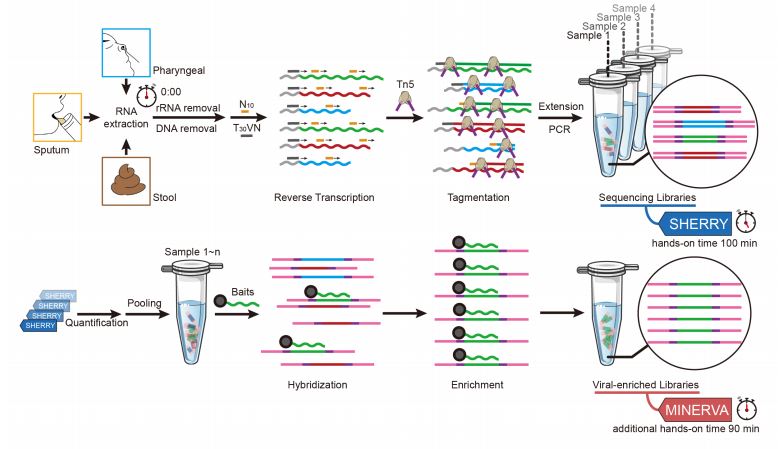 Figure 1: The MINERVA workflow including SHERRY and subsequent target enrichment

Use of MINERVA resulted in higher SARS-CoV-2 genome coverage than in conventional sequencing techniques involving dsDL
Following sequencing using both MINERVA and dsDL, both libraries contained low but detectable levels of SARS-CoV-2 sequences. However, it was found that the viral sequence ratio in MINERVA libraries was higher than that of dsDL. Moreover, while only performing SHERRY yielded a relatively low viral ratio and depth (number of reads per sample), performing MINERVA afterwards augmented the sequence ratio by 10,000-fold. When including RT-qPCR data, there were higher coverage and depth from MINERVA than dsDL taken from pharyngeal, sputum and stool samples based on Ct values.

MINERVA can be used to detect SARS-CoV-2 genetic variants
Previous studies have shown that different genetic variants of coronaviruses can exist within the same host. The authors therefore sought to investigate the performance of MINERVA in detecting these in 85 samples from COVID19 patients. Several mutations were identified within the viral sequence, in which C241T, C3037T, C11408T and A23403G were present in the most samples out of the 85. Variant allele frequencies were also plotted for each sample. Some samples were found to only have one mutation of two high-linked positions; for example, 13 were found to have T28144C, but only 7 of these also had C8782T. Considering this data, it was concluded that MINERVA can indeed detect genetic variants of SARS-CoV-2 within the same sample.

Why I like this preprint
I first heard about SARS-CoV-2 in December 2019 from a family member in Hong Kong. Initially, this topic was considered and discussed mostly in a light-hearted manner by many people around me in the UK, myself included. Little did we know that this virus would spread so rapidly and exponentially. At this moment in time, it is essential to utilise all we can to advance the research on understanding the viral genome and identify possible routes of vaccine development.

This preprint introduces an optimised strategy for RNA sequencing which is built upon previous techniques. It utilises the high throughput aspects of classical RNA-seq protocols, while expediting the process with SHERRY without compromising meta-transcriptomic information. Not only does it provide a more practical approach in routine sequencing for the current pandemic, it also brings us one step closer to prepare for future potential pandemics.

1. Considering the data from genetic variants sequenced with MINERVA in SARS-CoV-2, as well as previous beta coronaviruses like SARS-CoV and MERS, is there a way to predict the likelihood of specific mutations for any future corona viruses?

2. It was mentioned that meta-transcriptomic information is lost during the initial steps of RT-PCR in conventional dsDL. Given that MINERVA also requires RT-PCR, are there any differences in the SHERRY RT-PCR compared to dsDL that overcomes this problem?