A neoantigen in disguise, the NINJA system: testing the functionality of a novel genetically engineered mouse model with an inducible neoantigen construct. 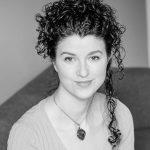 It has become increasingly clear that the immune system plays a critical role in tumour evolution. Although current mouse models in the cancer field have greatly contributed to our understanding of cancer, the simplicity of these models, which allowed scientists to map the steps of tumour initiation through metastasis, are also a weakness, as the lack of neoantigens due to low mutational burden means modelling a tumour immune response is difficult 1,2,3,4. In human cancer patients, neoantigens are generated by the DNA damage that drives and sustains tumours 5. Mouse models with inducible neoantigens have been generated, but central tolerance in the mice makes them suboptimal for studying the immune response. Methods utilizing viruses have been developed with some success, but prolonged T cell exposure led to an ineffective antitumour response6. In this preprint, the authors aim to produce a pre-clinical mouse model with an inducible neoantigen construct that escapes mouse immune tolerance, which is an ideal system for studying immunological tolerance in peripheral tissues and the immune response to cancer.

The authors designed a novel genetically engineered mouse model (GEMM) with an inducible construct containing a neoantigen that is successfully hidden from the central and peripheral immune system until induced. This feat was accomplished with three levels of regulation (Figure 1a) including a regulatory element that must be induced by viral Cre-recombinase, followed by exposure of the mice to two additional molecules commonly used in the field to temporally control gene induction. Once all three elements are added to the system, exon 2 of the neoantigen is inverted and expressed. This complex system prevents leakiness of the neoantigen construct and allows for spatial and temporal control of the expression of the neoantigen and so the subsequent immune response to it.

The authors then aimed to test for a T cell response in a transplantable system. This is an important next step as making a novel GEMM is quite labour intensive, so validating the system in a simpler in vivo model is critical. The KP lung cancer cell line was used to generate a knock-in cell line with the NINJA targeting construct (KP-C4). The KP-C4 cell line was transduced with an rtTA-encoding retrovirus and infected with a recombinant Cre-expressing adenoviral vector, which caused recombination and put the regulatory module in the poised state (KP-C4A3D6). When KP-C4A3D6 cells were infected with FLPo or treated with doxycycline and 4-hydroxytamoxifen, GFP and the neoantigen module were expressed.

The authors subsequently looked for leaky neoantigen expression in a GEMM containing the NINJA targeting complex at the ROSA26 site (a commonly used site in GEMMs for constitutive gene expression in mice). GFP+ peripheral blood mononuclear cells (PBMCs) were examined to assess leakiness. Leakiness would make the immune system tolerized to the neoantigen construct.

To more rigorously test the system, the authors infect NINJA mice crossed with transgenic mice containing CD8 and CD4 T cell receptors specific for the lymphocytic choriomeningitis virus (LCMV). T Cell responses in this system were indistinguishable from responses in control B6 mice suggesting NINJA mice are not centrally tolerized.

The authors then go on to test out the regulatory module in vivo. To do this the mice were infected in the footpad with Ad-Cre-recombinase and treated with doxycycline/tamoxifen (the three levels of regulation mentioned in Figure 1a). Robust CD8 and CD4 T cell responses were observed only in mice treated with doxycycline/tamoxifen. This essentially demonstrates that their system works, as this GEMM is the full novel model the authors aimed to make.

Finally, the authors temporally separate tumour induction and neoantigen expression. Delayed doxycycline/tamoxifen exposure 14 days after Ad-Cre administration resulted in similar CD8 and CD4 T cell responses to what was observed in mice treated with doxycycline/tamoxifen at the time of infection with Ad-Cre. The authors later mention that NINJA mice crossed with Cre Tg mice, which have the regulatory module in the poised state show some leakiness of the neoantigen.

What I liked about this work:

This model will be very important and useful to the field for understanding the immune response to tumour neoantigens and studying immunological tolerance.

Specific neoantigens could potentially be tested in this model, allowing scientists to observe differences in tumour immune response to different neoantigens.

In the cancer field, viable tumour immune models are missing. This mouse model could help fill that gap.

Q1: In this mouse model, both Adeno viral Cre-recombinase, doxycycline and tamoxifen are required to induce neoantigen expression. Do the authors observe higher toxicities in the mice that have to be exposed to all of these factors?

Q2: Although this novel mouse model is an exciting new model that will be important in the cancer field going forward, might it be difficult to model a clinically relevant immune response with only one neoantigen?

Q1: In this mouse model, both Adeno viral Cre-recombinase, doxycycline and tamoxifen are required to induce neoantigen expression. Do the authors observe higher toxicities in the mice that have to be exposed to all of these factors?

A1: No toxicities have been observed in the mice we have treated so far. Doxycycline is provided in food over a period of 4 days and tamoxifen is administered by gavage twice on two consecutive days. We have developed this “induction” protocol to be efficient in terms of neoantigen expression as well as safe in terms of toxicity.

Q2: Although this novel mouse model is an exciting new model that will be important in the cancer field going forward, might it be difficult to model a clinically relevant immune response with only one neoantigen?

A2: NINJA is obviously a model, and like every model it comes with some limitations.

Use of a specific antigen allows us to gain insight into programs of T cell behaviour in a system that can be crossed to different disease-relevant backgrounds and manipulated to the most relevant conditions for the disease of interest. LCMV-derived neoantigens were chosen because multiple tools and reagents are available for their characterization in mice.

The NINJA system comes with unprecedented advantages for the study of antigen-specific tissue or tumor responses. First of all, NINJA allows us to monitor both CD8 and CD4 T cell responses at the same time. Most importantly, NINJA allows us to study endogenous neoantigen-specific T cells. This is a major strength of NINJA over previous GEMM models, where, due to neoantigen leaky expression in the thymus and consequent development of neoantigen-specific central tolerance, only TCR transgenic T cells could be used in experiments. This is a critical aspect because endogenous T cells and TCR transgenic T cells are different populations. Therefore, NINJA allows us to develop and characterize immune responses that more closely mimic the natural responses that would be developed in a patient.

A3: Because Cre-Tg is ubiquitously expressed and active in NINJA-C mice, we used PBMC expression of the neoantigens as an experimental read-out to confirm absence of neoantigen leakiness in NINJA mice. However, the complete tolerance phenotype that we observed in NINJA-C mice is more likely due to leaky expression of the neoantigens in the thymus (which we have detected, data not shown in the manuscript) rather than in peripheral tissues. In fact, additional data produced in the lab confirm that when Cre expression is restricted to a tissue of interest avoiding thymic expression, complete tolerance to the neoantigens is not observed. Therefore, the use of a truly peripheral tissue- or tumor-specific Cre is required to prevent development of immunological tolerance prior to neoantigen induction, and in that situation our CD8 and CD4 responses to neoantigen would remain robust long after Cre activity was initiated in the target cells.