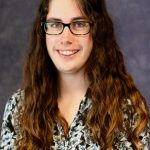 Myosin uses a cycle of ATP hydrolysis coupled to conformational changes to pull on actin filaments and sustain eukaryotic life. This study uses ultra-fast force clamping, a sensitive biophysical assay, to capture the fastest events in myosin’s ATPase cycle, which have remained opaque to previous assays. The study’s results provide insight into the inner workings of the myosin motor and can pinpoint problems underlying human diseases caused by myosin mutations, such as cardiomyopathy, muscular dystrophy, or cancer.

Most of the dozens of myosin isoforms—including skeletal, cardiac, smooth muscle, and nonmuscle—follow the force-generating cycle diagrammed below (1). First (steps A and B), myosin motor domain heads hydrolyze ATP to ADP and inorganic phosphate (Pi). At this stage, myosin heads bind weakly to actin filaments. Next (step C), myosin releases phosphate. At around the same time, myosin’s lever arm swings to produce the force-generating power stroke (termed working stroke in this preprint). Finally (step D), myosin heads exchange ADP for ATP and release actin to restart the cycle.

Following actin binding by myosin motor domains (step B), conformational changes in myosin and actin, the swinging of the lever arm, and phosphate release occur within milliseconds, making each event difficult to resolve with conventional biophysical methods. This study zooms in on these events to determine which occurs first for human beta-cardiac myosin: the power stroke or phosphate release.

To achieve high temporal resolution, the authors used an ultra-fast force clamp with a three-bead optical trap (2). Two laser-controlled beads moved an actin filament across a coverslip holding myosin molecules attached to beads. When the actin encountered a myosin head, force feedback loops applied to the beads detected sub-nanometer displacements of the actin at intervals of less than 100 microseconds.

The high resolution of ultra-fast force clamping produced traces of myosin-actin interactions filled with fluctuations due to Brownian motion. This variability precluded applying computational techniques (step finding algorithms, hidden Markov chains, or Bayesian non-parametric analysis) to individual traces. The authors instead used ensemble averages of many traces, aligned at the beginning of the myosin-actin interactions, to detect the power stroke and other events in their experiments.

Many myosin-actin interactions are short-lived

Many myosin-actin interactions ended before myosin completed its ATPase cycle. The frequency of these short-lived interactions increased with applied load; up to 50% lasted less than 10 milliseconds at the highest load (4.5 picoNewtons). Despite their transience, short-lived interactions stopped the laser-powered motion of the actin and held it for hundreds of microseconds. The direction of the applied load affected the relationship between force and interaction duration. This polarity indicates that the short-lived state represents a weak but stereospecific interaction between actin and myosin that either ends quickly or proceeds to a strong-binding state and force generation.

The power stroke and phosphate release are reversible

According to the author’s data and simulations, myosin remains bound to actin in a pre-stroke state for ~300 microseconds before a stroke reversal but ~1 millisecond following a reversal. This increased state duration suggests that myosin does not return to its original conformation following phosphate re-binding and stroke reversal. Future simulations and biophysical experiments could test this hypothesis.