Last week we reached our 500th preLights post – a big round of applause to all the preLighters who contributed! We are thrilled to see the wide range of fields and topics that the team covers, and are grateful to the preprint authors who provided comments to questions and additional insights to their story.

The success of preLights over the past 19 months is down to the hard work of our preLighters. As a thank you for their support, we’d like to acknowledge some of our most active members, without whom preLights wouldn’t be where it is today! 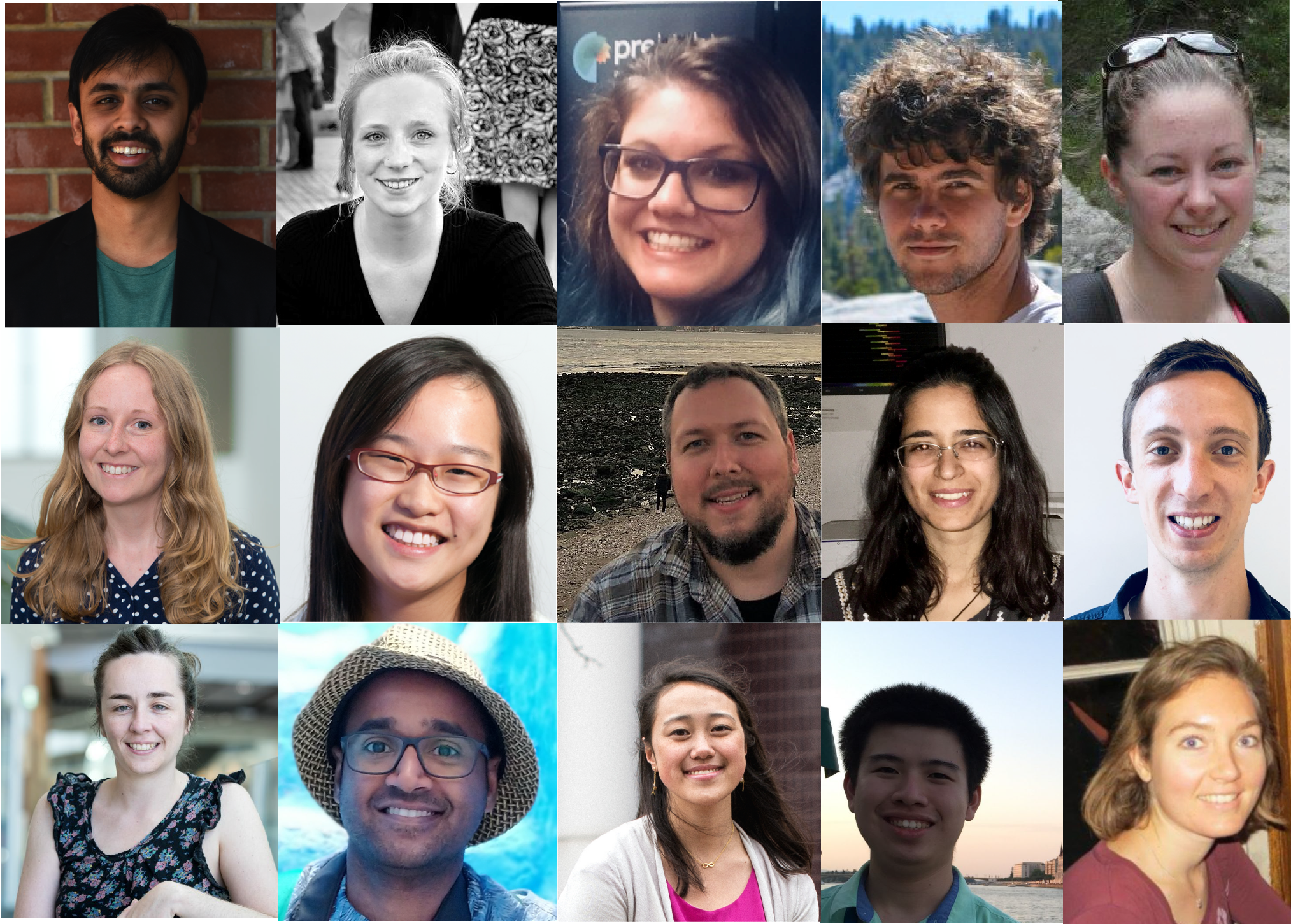 Gautam Dey (16 posts) is a postdoc working at the MRC LMCB in the lab of Buzz Baum. As a cell biologist fascinated by evolution, he has highlighted some amazing preprints in this area and beyond. A highly collaborative member of the team, Guatam has also authored four joint preLights posts. Check out the brand new ‘Meet the preLighters’ interview where you can learn more about him and his work!

Carmen Adriaens (12 posts) has been with us from the start and in her first year managed to write a preLight every single month (!). She’s an expert in gene regulation and chromatin biology, but is also passionate about reproducibility and transparency in science, which she has talked about in some of her posts and in an interview. After settling in to her new position in Bradley Bernstein’s lab at MGH/HMS in Boston, we can’t wait to read some more science from Carmen!

Zhang-He Goh (17 posts) is one of our youngest members and recently finished his undergraduate studies in Pharmacy at the National University of Singapore. Since joining preLights in July 2018, he has written a record 17 preprint highlights on a wide range of topics around pharmacology. We are counting on him to also highlight the best of preprints from medRxiv in the future!

Maiko Kitaoka (10 posts) is a PhD student with Rebecca Heald at the University of California, Berkeley, and for preLights she mostly features preprints related to cell division and chromosome biology. As a passionate science communicator, she also has her own blog, and we especially enjoyed her post about preprints and preLights!

Nicola Stevenson (10 posts) is a senior postdoc at the University of Bristol working with David Stephens. A cell-biologist at heart, she has also covered fascinating stories outside her field such as RNA transfer in honeybees, gene editing, and live-imaging of translation.

Mariana de Niz (9 posts) is a postdoc at the Institute of Molecular Medicine in Lisbon with an interest in Trypanosoma biology and microscopy methods to image host-parasite interactions. A relatively new addition to the team, she has quickly become one of our most active members, and loves to cover preprints in her field that are also great examples of open science practices. To top it all off, she is not shy to ask preprint authors lots of questions!

Tessa Sinnige (9 posts) is a postdoc at Northwestern University studying the mechanisms of protein aggregation using C. elegans as a model organism. Tessa is not only an excellent scientist and writer, but she is the one who has given the most feedback to other preLighters on their posts, which we really appreciate. You can learn more about Tessa in her ‘Meet the preLighters’ interview.

Hannah Brunsdon (11 posts) is a postdoc with Liz Patton at the MRC Institute of Genetics & Molecular Medicine, University of Edinburgh. She is studying the developmental biology behind the melanocyte lineage in zebrafish, and how this can be applied to research into melanoma. She has widely highlighted preprints that study cancer and other diseases in model organisms.

Samantha Seah (7 posts) is a PhD student at EMBL Heidelberg in the lab of Christoph Merten, developing microfluidic technology for antibody screening. She features preprints on exciting new technologies in biology, so it is no surprise that the most highly viewed preLights post to date belongs to her. Samantha also champions equality, diversity and inclusion, as discussed in our interview with her. She’s recently been active as an eLife ambassador and co-organised #LabWasteDay to raise awareness of the amount of plastic waste generated in labs.

Connor Rosen (9 posts) is a graduate student at Yale University, interested in host-microbe interactions. Given the interdisciplinary nature of his work, the preprints he has written about come from a broad range of topics in the host-microbe/immunology fields. He is excited about the evolution in publishing, which he has talked about in our latest interview.

Teresa Rayon (6 posts) is a postdoc at The Francis Crick Institute in the lab of James Briscoe. Teresa is a true developmental biologist, and apart from writing for preLights, she has also given talks about being a preLighter at the STM Week and at a public event discussing preprints and science journalism. She is full of energy, and you can get a sense of this for yourself by reading our interview with her.

Amanda Haage (8 highlights) is a cell biologist interested in how physical properties of the external environment influence a cell. She’s recently set up her own lab at the University of North Dakota and also holds and educator teacher position. We got to experience Amanda’s enthusiasm for communicating science last year at the ASCB meeting, where she gave a workshop about preprints. You can also read her blog post on the ASCB website.

Martin Balcerowicz (7 highlights) is a postdoc at the Sainsbury laboratories in Cambridge with Philip Wigge, studying temperature sensing in plants. He has been instrumental in shedding light on excellent preprints in the plants sciences, a field that is often overlooked. He talks about this, his science and much more in this interview.

Sundar Naganathan (7 highlights) is a postdoc with Andrew Oates at EPFL, Lausanne, looking into the mechanisms by which (a)symmetries are established in the three principal body axes of embryos. His preLights feature beautiful developmental biology stories with a biophysical angle.

Rob Hynds (7 highlights) is a postdoc at UCL and The Francis Crick Institute and has an interest in epithelial stem cell biology and cancer. Many of his preLights cover preprints using single-cell sequencing, but most impressively Rob has a 100% rate of getting author comments to his questions!

We also asked some of the preLighters about why they like being part of the team: