Neuromechanical models - a route towards a unified model of an animal? 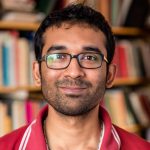 Movement is complicated. Body movement, be it walking, swimming, or flying, is an outcome of the biomechanics of the limbs that propel the animal and the neural circuits that exert control over limb movements. Because animal behaviors typically occur in response to environmental cues, it is easy to forget the importance of biomechanics and assume that neural circuits control all locomotion.

The active control of movement via muscles depends on the timing of muscle activation, based on which muscles can function as motors, brakes, or even as struts and springs[1]. Even the sensory input to the nervous system is affected by the biomechanics of the limb. Proprioceptors, which are sensors that provide the nervous system with real-time information of body position, velocity, etc., are strongly influenced by their position on the body and the mechanics of body movement[2]. All these suggest that biomechanics have a critical influence on the computations that need to be performed by neural circuits and the type of control required for locomotion.

One way to understand this interplay is to build neuromechanical models that integrate both biomechanics and neural control. However, this is easier said than done, as these models sit at the interface of biology, mechanics, and neuroscience. Traditionally, such models are made for one type of locomotion, like for swimming in fish and for walking in stick insects. It is difficult to build neuromechanical models of the whole animal that can be potentially used to simulate the whole behavioral repertoire of an animal.

In this preprint, Ríos et al. develop the first data-driven neuromechanical model of the fruit fly, Drosophila melanogaster, a widely studied model organism with complex behaviors and a mapped neural connectome. Using this model, dubbed NeuroMechFly, the authors show how such models can be used to investigate the interplay between biomechanics and neural control that gives rise to behavior.

I feel that a complete neuromechanical model, such as the one described in this paper, enable scientists who work on different parts of the fly to pool their data in a scalable manner. For instance, it potentially allows two groups that work on walking flies and flying flies to pool their data and obtain a model that can do both. In a sense, it attempts to solve the chaos in the brickyard problem[3], at least for the interface of biomechanics and the neural control of movement.