Physcomitrium patens NO GAMETOPHORES 2 is a novel moss morphogenesis regulator. Could it function at the intersection of secondary metabolism and development? 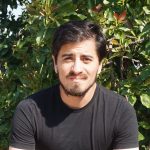 Studies in bryophytes can provide novel insights into plant molecular biology, opening a window into a deeper and more diverse evolutionary history. Often, these novel model plants, such as Marchantia polymorpha or Physcomitrium patens, are important to uncover highly conserved developmental pathways through reverse genetics. Nevertheless, this depends on known proteins and interactions in other model species like Arabidopsis thaliana. Genetic screens can be implemented in bryophytes using a forward genetic approach, providing novel insights about unknown mechanisms in angiosperms and bryophyte-specific mechanisms that could have been instrumental in the evolution of land plants. Laura Moody and colleagues have performed a forward genetic screen to find key regulators of 2D to 3D growth transition in the moss P. patens. This species develops a remarkable morphology switching from a simple protonema stage (2D) to a more complex leaf-like morphology forming gametophores (3D). This transition shares core components with the apical meristem regulation, and auxin biosynthesis and signaling pathway in other land plants. Recently, the group identified the NO GAMETOPHORES 1 (PpNOG1) gene, which encodes a ubiquitin associated protein that is required for the 2D to 3D transition and could represent one of the genetic innovations that enabled the 3D morphology of land plants (Moody et al., 2018). In this recent preprint, they analyze another mutant from their forward genetic screen, no gametophores 2 (Ppnog2-R).

The identified no gametophores 2 (Ppnog2-R) mutant corresponds to a loss-of-function version of Pp3c2_29140, a gene encoding a Shikimate O-hydroxycinnamoyltransferase. To prove that, they rescue the formation of gametophores in Ppnog2-R by the ectopic overexpression of PpNOG2. In contrast to Ppnog1-R, Ppnog2-R mutants present an increased number of gametophore buds but their development is arrested in early stages, failing to form gametophores. In A. thaliana, an ortholog of this enzyme converts p-coumaroyl CoA to p-coumaroyl shikimate (also known as HCT), which is important for diverting phenylpropanoid precursors to the lignin biosynthesis pathway. However, bryophytes do not produce lignin, and previous work showed that PpNOG2 likely produces p-coumaroyl threonate, rather than the p-coumaroyl shikimate. Subsequently, p-coumaroyl threonate is the substrate required for CYP98A to produce the cuticle polymer (Renault et al., 2017).

How could the defect in gametophore development in Ppnog2-R mutants be explained? It is known that flavonoids can affect auxin homeostasis by blocking auxin transport, therefore the authors hypothesize that Ppnog2-R mutation could lead to an accumulation of flavonoids. Consistently, a similar gametophore arrest phenotype was observed in Ppcyp98a3 mutants (Renault et al., 2017).

But how is PpNOG2 related to other genes and hormones involved in gametophore regulation? The authors tackle this question by analyzing the expression of several genes by qPCR. Briefly, PpNOG2 transcript accumulation is reduced in the Ppnog1-R mutant and induced by a cytokinin (the auxin-antagonist phytohormone) analog. Interestingly, the expression of APB genes, as well as other known regulators of apical meristem formation, are not greatly affected in Ppnog2-R mutant. In general, this is consistent with the observation that the first steps of 2D-3D growth are not affected in Ppnog2-R. However, less is known about other genes involved in later stages. This led the authors to explore the expression of the SCARECROW transcription factors in P. patens. They showed that PpSCR1 expression is affected in Ppnog2-R and could serve as a marker for 3D growth. Thus, PpNOG2 would function downstream of PpNOG1 and APB genes in the regulation of 2D to 3D transition. With these new insights, the authors provide an updated model for the 2D to 3D transition in P. patens. 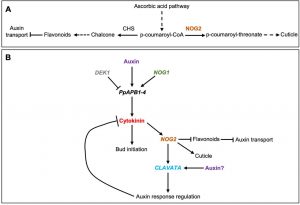 Figure 7 in the pre-print. An updated model for 3D growth regulation in P. patens and the role of PpNOG2.

In addition to providing interesting novel insights, this paper also opens the door to further questions. First, the expression pattern of PpNOG2 is still an aspect that could be explored and will help to understand its role. Second, the effect of flavonoids blocking auxin transport is a very interesting hypothesis and stimulates the discussion about the links between secondary metabolism and hormone signaling. So far, this mechanism was mostly described in angiosperms. In contrast with defects observed in P. patens, works in the liverwort M. polymorpha suggest that the accumulation or depletion in flavonoids does not affect normal development (Clayton et al., 2018). An alternative explanation for the defects observed in gametophore development could be directly linked to cuticle formation as was suggested in Renault et al. (2017). Auxin is probably the most important hormone in plant 3D growth and its biosynthesis shares components with the secondary metabolites produced in phenylpropanoid pathways. Understanding their interplay in bryophyte species could be key to addressing important questions about phytohormone evolution.

SCARECROW is a very important regulator associated with tissue morphology. Yet, its role outside of vascular plants is still unknown. This works gives some hints about its relative importance and expression pattern. It should be expected that in the near future we will hear about these genes again.

We demonstrate that the PpNOG2 protein localises at or near to the plasma membrane, which is consistent with other transferase proteins. It would certainly be interesting to determine whether PpNOG2 exhibits any tissue-specific expression patterns during the progression of the P. patens life cycle.

Regarding the effect of flavonoids in auxin transport, Bennett and colleagues (https://www.ncbi.nlm.nih.gov/pmc/articles/PMC4251699/) have previously shown that treatment with the flavonone Naringen renders P. patens hypersensitive to tolerably low levels of the auxin analogue NAA. The phenotype, which is strikingly similar to that of Ppnog2-R mutants, also resembles that of P. patens treated with inhibitory levels of 2,4-D.