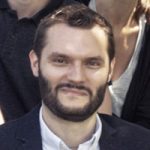 Genome engineering has seen an explosion in recent years thanks to the Nobel prize-winning discovery of CRISPR/Cas proteins. Their ease of use has enabled a myriad of new functional studies exploring genes, domains, enhancers and structural elements of DNA sequence. The original programmable DNA-binding technology has spawned numerous novel molecular tools, including activators, inhibitors, silencers, repressors, interaction-creators and base editors. At the end of 2019 a new CRISPR tool took centre-stage, prime editing. This ingenious use of a Cas-reverse transcriptase fusion and an extended guide RNA (pegRNA) enabled very simple substitutions, insertions and deletions at defined loci, no longer relying on DNA donors or limited by the one-at-a-time transitions or transversions of base editors. Another advantage is the fact that the site to be targeted and the template are encoded in a single pegRNA. The paper has already received over 200 citations in just over 12 months showing its usefulness. Despite its potential, it’s still unable to delete large regions efficiently. Similarly, the use of paired guides with typical CRISPR/Cas to trigger simultaneous double-strand breaks is fraught with its own problems. The authors of this preprint present an application of prime editing that enables large precise deletions and simultaneous insertions along with a tool for designing the necessary pegRNAs.

PRIME-Del – creating deletions with prime editing and pairs of pegRNAs

Prime editing uses a Cas9 nickase and reverse transcriptase (RT) fusion (PE2) together with an extended guide RNA (pegRNA). The Cas9 nicks the DNA and the RT extends the free end using the 3’ region of the pegRNA as primer and template. The authors of this preprint realised that they could use a second pegRNA on the opposite strand at an arbitrary distance and insert a matching overhang that should trigger a base-pair-accurate deletion of the intervening region (Figure 1).

To test this approach they assembled a dual pegRNA vector using the U6 and H1 RNA PolIII promoters on the same plasmid. Initially, they targeted the eGFP cassette present on the prime editor (PE2) expressing vector. The PRIME-Del method proved successful and showed an efficiency ranging between 38% and 77% for 24 to 546bp deletions for this episomal target. Interestingly, larger deletions showed a higher efficiency.

Once the authors had shown the system worked they attempted to use it to modify a genomic target and so integrated a similar eGFP cassette using lentivirus. While successful, this was unfortunately much less efficient at only 10%. However, targeting the HPRT1 native genomic locus yielded much better deletion rates of up to 25%. This likely illustrates the importance of the target and its genomic context.

PRIME-Del is more precise than CRISPR/Cas9

The authors next compared PRIME-Del to previous techniques, which use a pair of regular guide RNAs and double-strand cleaving Cas9. This showed that Cas9 yielded ~15% indels even without successful deletion of the target region vs only 2.2% for PRIME-Del. The overall error rate for both was higher if the region was deleted, but still nearly four times lower for PRIME-Del. While the much greater precision of the PRIME-Del approach is impressive, most use cases for cells modified in such a way requires sub-cloning to ensure that only cells with the exact mutation/deletion are studied. When the efficiencies for both systems are looked at purely in terms of the overall percentage of cells with the exact deletion they are not dissimilar. In the example presented for the 252 bp deletion in HPRT1 the percentage of perfect deletions are approximately 25% vs. 19% for PRIME-Del and Cas9, respectively. So while PRIME-Del is very precise, it is only marginally more efficient than Cas9, despite its more complex design.

I suspect the authors were disappointed with the small increase in efficiency initially offered by PRIME-Del. Therefore they attempted to boost it by constitutive expression of both the prime editor and the dual pegRNAs. This is made viable by the high precision of the system as random “dead-end” mutations don’t accumulate quickly. Promisingly, this proved a success and yielded correct 118 bp deletions in nearly 50% of K-562 cells after 19 days in culture.

Despite the limited overall efficiency in transient PRIME-Del, there are certain circumstances where greater precision is indeed much more important. One obvious example is in any future applications in gene therapy – where any unintended mutations could be dangerous. While the authors do not directly recommend PRIME-Del for use in gene therapy, they demonstrate its potential by deleting a CGG-repeat expansion region in the FMR1 gene implicated in Fragile-X syndrome. A second example where precision is important is in any multiplex studies where single cell cloning is not possible – for example if targeting various protein domains for deletion, reducing the number of spurious indels or knockouts simplifies downstream analysis. Further, PRIME-Del, and prime editing in general, are likely better suited to high-throughput screening as they only induce single-strand DNA nicks, which is often less toxic to cells, a common limiting factor to using regular CRISPR/Cas in certain cell types.

Perhaps one of the most exciting innovations of the PRIME-Del system is that it allows simultaneous insertion of novel sequence at the point of deletion. The authors demonstrated successful insertion of up 30bp using this technique. It doesn’t rely on a separate repair template and does not require homologous repair to incorporate foreign DNA. Encouragingly, the authors show that if the deletion is successful then so is the insertion in over 99% of cases.

In terms of pitfalls, the authors identify some designs whereby PRIME-Del can trigger a relatively high frequency of small duplications, mainly due to high GC content at the 3’ ends of the engineered overlaps. This is something that their design tool seeks to minimise.

While the design of a pegRNA is more complicated than a regular guide RNA and a paired pegRNA PRIME-Del design even more so, the authors have helpfully written a Python-based tool [https://github.com/shendurelab/Prime-del] (and web instance https://primedel.uc.r.appspot.com/]) which simplifies the process.

The authors do highlight some limitations with their system. Primarily, that paired pegRNAs require the presence of PAM sites near each end of the deletion and on opposing strands. They suggest that this might eventually be solved using a “PAM-less” prime editor.

One of the great things about this work is the simplicity of the idea, which is then borne out in a series of well thought-out experiments. Authors addressed a typical concern about PCR bias in quantifying deletion efficiency by using a clever linear amplification step to label molecules with a 15 bp UMI – it turned out there were only modest effects anyway! PRIME-Del is tested in the proper range of contexts – episomal, integrated synthetic construct and native genomic loci. Finally, the preprint comes with an accompanying software tool to enable others to quickly design and test their own PRIME-Del pegRNAs.