Rapid growth and fusion of protocells in surface-adhered membrane networks 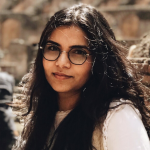 A protocell is defined as a self-organized, endogenously ordered and spherical collection of lipids, proposed as a stepping-stone towards understanding the origin of life [1].  Researchers have aimed to generate protocells from a bottom-up approach by determining the minimum requirements for creating one. This resulted in the basic primitive protocell model made up of two components namely a) a membrane component and b) encapsulated genetic material, usually RNA or DNA.

The membrane component is essential, since bilayer membranes that surround all types of cells as we know them today are thought to have originated from spontaneous self- assembly of amphiphilic molecules. Novel ways to induce the spontaneous formation of lipid vesicles from lipid reservoirs known as nucleation have been identified. Also, the presence of solid particle surfaces consisting of natural minerals or synthetic materials has been shown to enhance this spontaneous nucleation of vesicles from fatty acids [2]. Furthermore, the increase in vesicle membrane size or membrane growth to mimic cell growth could occur by vesicle–vesicle fusion initiated by surface functionalization, or due to various sources of external stimuli such as fusogenic peptides, synthetic lipids, polyethylene glycol, ions, an electric field pulse, and light irradiation [3].

The second characteristic of protocells is thought to be the compartmentalization of nucleic acids. Compartmentalization is key to enabling Darwinian evolution of organisms by inhibiting the random mixing of genetic polymers such as DNA which eventually results in the coupling of genotype and phenotype [4]. Upon successful generation of vesicles, the encapsulation of genetic materials such as RNA or DNA is a key step towards adding complexity to protocells. However, to be truly considered living these protocells need to undergo cycles of growth and division and replicate endogenous genetic material along the process [4].

In this study, the authors propose a primitive growth mechanism controlled by elevated surrounding temperature. Depositing a multilamellar lipid reservoir on a SiO2 surface leads to the formation of a double bilayer on the surface. The distal bilayer of the two stacked bilayers ruptures due to continuous tensile stress giving rise to a network of nanotubes on the proximal bilayer [5]. Regions of the nanotubes swell over time to form unilamellar vesicles, as has been previously reported.

Why this work is important?