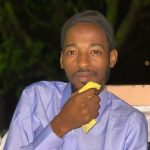 Malaria, considered the deathliest parasitic disease, is caused by a parasite from the genus Plasmodium. Malaria results in more than 600,000 deaths annualy. With more than 90% of these deaths, Africa is the most affected continent. Use of insecticides and mosquito nets has helped reduce the number of cases and the number of deaths globally, but with the ongoing development of resistances to insecticides (by the Anopheles mosquito) and to antimalarial drugs by the parasite, it is an emergency to find concrete solutions to those problems in order to avoid the complete resistance to these molecules.

The work led by Paton et al. had as a principal objective to demonstrate the efficacity of antimalarials in mosquitoes. To do so, the team launched on-field analysis in Burkina Faso and laboratory analysis in United States using an antimalarial named Atovaquone (ATQ).

Anopheles coluzzii adult mosquitoes were infected using P. falciparum gametocyte positive blood obtained from a malaria infected human donor on the day of infection. These mosquitoes were then exposed to ATQ for 6 minutes at two concentrations (100 µmol- or 1 mmol/m2) or a mock-treated blank control surface. Infection outcomes were assayed at 7 days post infectious blood meal (pIBM) by dissection of the mosquito midgut. Control-exposed females were robustly infected (81.3% of the sample). In contrast, AcVK5 mosquitoes exposed to either dose of ATQ had significantly reduced P. falciparum infection (99% overall reduction at the highest concentration and 96% overall at the lower dose).

ATQ prevents the transmission of an artemisinin-resistant P. falciparum isolate from the Greater Mekong Subregion (GMS).

Next, a Cambodian artemisinin-resistant Plasmodium falciparum patient clone from the Greater Mekong Subregion was used in combination with Anopheles stephensi. With robust infections, the parasite were observed in control and  mock-exposed mosquitoes (median 16 oocysts per midgut, 100% prevalence of infection), while no oocysts were detected in females exposed to 100 μmol/m2Atovaquone for 6 minutes.

ATQ exposure during an ongoing infection reduces transmission of the parasite and blocks the establishment of the infection.

The authors found that ATQ exposure after oocyst formation has a partial cytostatic effect on P. falciparum. In fact, the size of the developing oocysts had a 45% decrease in the mean oocyst cross-sectional area in mosquitoes of the third generation exposed to ATQ after the infection. Further, no sporozoites were identified in the salivary glands of mosquitoes infected by Plasmodium falciparum and exposed to ATQ plus glucose.

Further related to glucose, Paton et al. tried to determine if antiparasitic elements added to sugar can inhibit the parasite development. After being starved for 24 hours, female Anopheles gambia were fed with a sugar solution combined to Atovaquone 24 hours prior to infection. They obtained a 85% reduction on the prevalence of wild infections due to Plasmodium falciparum in female mosquitoes treated with sugar+ATQ.

With all the experiments that have been done, the antimalarial Atovaquone has shown very interesting results by reducing the infection or the transmission of the Plasmodium parasite.

This preprint provides a powerful new approach to fight against malaria, which is a major public health problem in Africa in general, and particularly in Cameroon. It describes a new important aspect considering the killing of the parasite in its first host which is the mosquito. By doing so, this can tackle the transmission of the disease from the mosquito to the human.

In an actual context which is particularly characterised by the rising of resistances of the mosquitoes toward insecticides and impregnated nets and parasites against antimalarial therapy, it is important to find remarkable solutions such as the one presented in this preprint. Adding this new tool to the fight against malaria in addition to other existing ones such as the vaccine can really help communities eradicating the disease.

One particular aspect I really like about the preprint is the ecological and biological aspect of the fight. We are leaving chemical and destructive tools using chemicals to adapt the fight to a biological one. With parasiticidal concentrations, the atovaquone molecule is not toxic for mosquitoes, thus keeping them alive and keeping a certain equilibrium in our ecosystems. Also, the use of attractive sugar baits with Atovaquone which gave very good results was for me very interesting considering the fact that sugar baits can be in the coming years a new tool to fight against the parasite.

1.      Why did you choose Atovaquone instead of Tafenoquine which is the most recent antimalarial with a sporotoncidal activity?

3.      What can happen if we don’t respect the normal dose of the molecule?

4.      With the extreme variety of mosquitoes and their genetic differences, could this slow the development of antimalarial drugs for mosquitoes?