BAcTrace a new tool for retrograde tracing of neuronal circuits

BAcTrace, the retrograde tracer we have been waiting for? 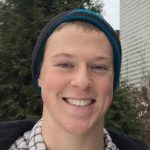 Understanding the underlying connectivity of a neural circuit is critical for ultimately understanding its function.  The gold standard technique for describing a neural circuit is electron microscopy, but it is extremely laborious, time intensive, and costly, preventing many labs from being able to use this technique to study neural circuits. To combat these difficulties, viral and genetic techniques have been developed to identify synaptic connectivity between neurons of interest in a wide variety of model organisms. Classical approaches using dye traces in non-human primates were some of the first neuroanatomical studies performed to identify connectivity (Goldman-Rakic et al. 1984).

Genetic approaches began to take off with the development of GFP reconstituted across synaptic partners (GRASP) in C. elegans (Feinberg et al. 2008). Modified GRASP approaches in Drosophila melanogaster, namely sybGRASP (Macpherson et al. 2015) and Tango-Trace (Jagadish S et al. 2014), took this framework and improved the synaptic specificity. More recently, true transsynaptic tracers have been developed, trans-TANGO and TRACT [(Talay et al. 2017; Huang et al. 2017) disclosure – I am an author on the TRACT paper Huang et al. 2017]. Yet, both of these tracers are anterograde, meaning they label neurons postsynaptic to a given neuronal population. There is a need for a retrograde tracer in Drosophila that this paper attempts to fill. This paper takes advantage of the specificity of Botulinum Neurotoxin A (BoNT/A) for human SNAP25 to design a reporter system for synaptic connectivity. The mechanism of action of the light chain of BoNT/A has been known for a long time (Schiavo et al. 1992), allowing the authors to design a fully transgenic system for transsynaptic tracing.

To develop their retrograde tracer, the authors use a transsynaptic system that expresses BoNT/A fused to a CD2 transmembrane protein in postsynaptic neurons. Synaptic specificity is achieved by expressing synaptobrevin-fused GFP specifically in receiver (presynaptic) cells. The transgenically expressed light chain of BoNT/A binds synaptobrevin-GFP through a GFP nanobody that replaces the receptor binding domain of the neurotoxin. It remains bound to the receiver cell, and is taken up by eventually being endocytosed. After being taken up by the receiver neuron, BoNT/A eventually cleaves human SNAP25 to release a QF transcription factor to alter transcription in the receiving neuron (throughout the paper this cleavage of the QF transcription factor drives tdTomato or Halo expression). The authors demonstrate the system’s effectiveness in vitro, then move in vivo to the fly olfactory system.

I was impressed by how effectively the authors were able to make their BoNT/A system work. Certainly many years of work went into making it as effective as it is in the paper, and there are benefits to using BoNT/A, including a reduced likelihood of off-target effects by BoNT/A because it is such a specific protease. In principle, having the QF driver fused to human SNAP25 as opposed to a different protein with a more general cleavage site should lead to lower background. The main source of background seemed to be independent expression of BoNT/A by UAS that is reduced by the B3 stop cassette. Of course, all components of the system have some background expression, but mostly at very low levels.

The authors’ also clearly observe activity dependence of their tracing system, which is likely an overall beneficial feature considering the density of synaptic connectivity in the fly olfactory system. The activity dependence almost certainly comes from the syb:GFP transgene, which is critical for uptake of BoNT/A. With some modifications, this system could be used to label highly active synapses during a specific window.

An unfortunate aspect of the author’s transgenic system is the sheer number of transgenes. The system fully saturates the Gal4/UAS, LexA/LexAop, and QF/QUAS systems. This minimizes the potential use of BAcTrace to examine how genetic manipulations alter neuronal connectivity. Also, by using the Gal4/UAS system and known strong insertion sites attP2 and attP40 to drive donor transgene expression, they potentially miss the opportunity to enhance the labeling by using these sites to drive the weak link in the BAcTrace labeling system. For BAcTrace to be used to label neurons for electrophysiology, ideally labeling would be strong at 2-4 days old because that is when it is easiest to record from fly neurons. Of course, the upside of using split-Gal4 lines inserted at attP2 and attP40 is that you get more interpretable results, so changing the system is not without tradeoffs.

Lastly, I am encouraged by the author’s reports of background driven by the V5 protein tag. This fits with my personal experience of it being a poor tag that is both difficult to detect and comes with many unwanted effects. I hope others in the field take note and reduce their use of this tag, and I thank the authors for reporting this in their preprint.

Part of the paper that stands out is the repeated use of the VT033006 line as the receiver driver. Have the authors’ tried other receiver driver lines with any success? Specifically, have the authors tried using a panneuronal driver for the receiver transgene expression? The ability of any tracer tool to generalize across lines is important for its ability to be adapted by the wider community.

Separately, have the flies been raised at different temperatures to see how that affects labeling? In both trans-TANGO and TRACT, non-standard temperatures are used to get the best effects (18ºC for trans-TANGO and one day at 29ºC for TRACT). This could help improve the signal that is weaker in figures 4 and 5.

Thanks a lot for taking an interest in our work and highlighting our BacTrace BioArxiv preprint.

Your questions are important ones. In regards to different LexA lines we have not explored broadly as our initial goal has been to focus our efforts in optimising BacTrace components to reach a strong proof of principle in one set of neurons. Nevertheless, we have tried a small number of LexA lines:

The second part of your first question relates to panneuronal detection. Something to bear in mind is that in the current implementation of BacTrace, LexA and Gal4 should not overlap as this causes strong activation and sequestration of the toxin in the overlapping cells. For this reason, BacTrace is not currently amenable to panneuronal experiments. We are currently working on a system where Gal4/LexA overlap will be permitted as the Gal4 (i.e. BoNT/A expressing cells) will trigger inactivation of the receptor and the sensor.

Your second question relates to the effect of temperature on BacTrace. BoNT/A is a vertebrate toxin potentially working best at temperatures near 37C. Nevertheless, when we run tests within the range where flies develop normally, 18C-31C, we didn’t see a strong effect. In this, as well as other aspects of the system, we will keep a close watch on community feedback to draw a more complete picture of the optimal conditions in different circuits.