Deep mutational scanning reveals the relationships between sequence, structure, and aggregation of the amyloid beta peptide important for the development of Alzheimer’s disease. 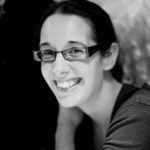 Aggregation of the amyloid β (Aβ) peptide in the brain is thought to play a critical role in the formation of amyloid plaques and the pathogenesis of Alzheimer’s disease. There are several Aβ isoforms that are generated by imprecise cleavage of the Aβ precursor protein at different positions. One of these isoforms, Aβ42, is more prone to aggregation and is the major component of amyloid plaques in Alzheimer’s disease brains. However, our understanding of the relationships between peptide sequence and structure and Aβ aggregation has been limited to in vitro mutagenesis studies of Aβ, and these were not carried out with the disease-relevant Aβ42.

Here, the authors use an unbiased technique called deep mutational scanning to interrogate most if not all possible single amino acid substitutions at every residue of Aβ42 and their effects on aggregation. This powerful approach uses high-throughput sequencing to assess the function of a large number of unique protein variants in parallel (Fowler and Fields 2014; Shin and Cho 2015; Kinney and McCandlish 2019). In general, a library of many protein variants is introduced into a system where the genotype of each variant is linked to a selectable phenotype, and selection is imposed. Variants with high activity increase in frequency, whereas variants with low activity decrease in frequency. The change in the frequency of each variant is measured using high-throughput sequencing and serves as a measure of function. In this study the authors develop a novel yeast-based system where Aβ42 is fused to the essential dihydrofolate reductase (DHFR) protein. Aβ42 aggregation reduces DHFR activity, which slows the growth of yeast cells in the presence of the DHFR inhibitor methotrexate. Thus, cells containing aggregating variants grow slowly upon selection with methotrexate while those containing soluble variants grow rapidly (Figure 1). The frequencies of different Aβ42 variants can be measured before and after methotrexate selection using sequencing and will reflect their solubilities.

What I like about this preprint/why I think it is important:

Mutagenesis can provide functional insight into proteins, but the ability to choose the most informative mutations to make can be limited, for example in highly divergent proteins that lack homology to known protein domains. Unbiased and saturating deep mutational scanning overcomes this limitation, allows many variants to be studied in parallel, and may reveal unexpected results. I believe that this is a powerful approach that is widely applicable to diverse proteins in different systems, as long as function can be assayed in a manner that couples genotype and phenotype. For example, it has been used to probe protein-protein (Starita et al. 2015), protein-nucleic acid, and protein-ligand (Tinberg et al. 2013) interactions, protein stabilities (Matreyek et al. 2018), and enzymatic activities (Starita et al. 2015). More recently, it has been used to understand the phenotypic consequences of many possible missense mutations in human disease genes (Starita et al. 2015; Weile et al. 2017; Matreyek et al. 2018; Stein et al. 2019), to profile mutations that result in drug resistance (Dingens et al. 2019), and to profile viral host tropism (Setoh et al. 2019), replication (Haddox et al. 2016) and evolution (Lee et al. 2018). Furthermore, it is also becoming clear that these types of experiments are key to realizing the potential of directed protein evolution and de novo protein design (Acevedo-Rocha et al. 2018). Elegant assay development is critical for the success of this approach and I am excited to see an example of a novel functional assay described in this preprint, which could be used to study other disease relevant aggregation-prone proteins in the future. This study also highlights the utility of deep mutational scanning data for the evaluation and prediction of protein structure and structural models. This provides an important layer of data that can be potentially added to recently developed integrative structural modeling tools (Hicks et al. 2019; Wollacott et al. 2019).