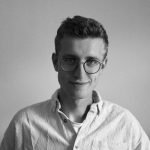 How tissues establish and maintain spatial organisation remains a guiding question in studies of development, homeostasis and regeneration. Spatial organisation of cell types — pattern formation — is critical for tissue functionality. Hence, deciphering the mechanisms that establish this order helps to trace causes of organ dysregulation, and to refine tissue engineering strategies.

Seventy years ago, Alan Turing proposed a two-morphogen circuit to explain periodic patterning [1]. A slow-diffusing activator morphogen promotes the expression of itself as well as of a fast- diffusing repressor morphogen (Fig. 1a). This in turn represses the activator. Activator-inhibitor circuits, or generic mechanisms of local-activation and long-range inhibition[2, 3] , can facilitate spontaneous symmetry breaking in homogeneous tissues. These models have been successful in explaining the development of hair follicles [4], feather buds [5] and mammalian palate rugae [6].

Traditional Turing mechanisms involve a stringent constraint on morphogen diffusibility: one morphogen must diffuse faster than the other. This presents a challenge for validating putative examples of natural Turing patterning, given measuring morphogen diffusion is notoriously challenging [7], and for building synthetic patterning circuits. Recent theoretical work has shown that these constraints can be relaxed when additional non-diffusible species are included in the circuit [8], shown experimentally for digit patterning [9].

In this pre-print, Wang et al. demonstrate that periodic patterning can be achieved by simpler mechanisms than previously anticipated, providing new perspectives on natural patterning and scope for synthetic patterning circuit design.

In classical Turing systems, spatial separation between patterned domains is associated with the speed of morphogen diffusion. When activator diffusion approaches zero, spacing becomes negligible. In contrast to the idealised continuum model, biological space is discretised by cell-boundaries, placing a hard-limit on patterning length-scale. Exploring patterning on a discretised cell lattice for an extreme case where activators cannot diffuse beyond cellular boundaries, Wang et al. demonstrate through simulations that tissues can nonetheless break symmetry. Such cases are however limited in patterning length-scale, at most establishing expression patterns that repeat every cell pair (Fig. 1b).

The authors then diverge from a standard analysis of Turing systems, which generally investigate symmetry breaking from the homogeneous steady-state, instead analysing patterning dynamics when tissues are initialised with a small domain of heightened activator expression. Remarkably, these simulations establish periodic patterns of activator expression, laid down sequentially behind a propagation wavefront (Fig. 1c-d). The simple single-morphogen circuit is capable of sequentially replicating the initial perturbation at equal spacings, generating concentric rings of activation when initialised with a spot, or repeated stripes when initialised with a line. In natural development, this initial perturbation could be provided by an initial pre-pattern or a boundary  cue.

To establish patterns robustly, both natural and synthetic development need to cope with fluctuations. Noise (e.g. transcriptional bursting) presents an unavoidable constraint. The authors show that patterning is disrupted with even small noise amplitudes under this model, as measured by a failure to propagate further iterations, and regularity loss in the resultant pattern (Fig. 2a-b). Noise acutely affects unpatterned regions: existing domains of activator-expression are maintained despite higher noise levels. Thus, depending on the spatiotemporal context, the feedback architecture of the circuit can either favour or disfavour patterning robustness: strong feedback between the activator and repressor sustains patterned domains against noise, yet the same feedback amplifies random fluctuations in unpatterned regions.

These analyses inspired the authors to elaborate the circuit, optimising feedback strength to maintain existing patterns while minimising noise-induced spurious initiation. They added a modulator species that is activated by the repressor i.e. only in the vicinity of the patterned domain (Fig. 2c). The active modulator inhibits activator degradation. This wiring therefore establishes two regimes: in the presence of active modulator, the circuit is primed for patterning, allowing new iterations to emerge nearby existing patterns.  In its absence, patterning is muted. Simulations confirm that this novel circuit is more robust to noise than the original two-component model (Fig. 2d).

Instead of a spatial window of patterning competency, tissues may alternatively use dynamic boundaries to buffer noise. Wang et al. consider a simple model of tissue expansion: boundary cells progressively divide, providing new cells to participate in patterning. Coupling growth and patterning provides a strategy to buffer against noise, provided growth and patterning occur at similar speeds. Given periodic patterning often occurs in tandem with tissue growth (e.g. somites [10], digit phalanges [11]), evolution may have used this property as a design strategy.

What I liked about this pre-print

While Turing mechanisms have been posited to explain patterning across many developmental processes, connecting abstracted theory to cellular processes remains an active area of research. This work provides an important step to connect theory and biology, analysing plausible genetic circuits, and considering how natural constraints on spatial order — cell boundaries — can facilitate periodic patterning. The emphasis of translating the theoretical findings into testable biological hypotheses is compelling, providing blueprints for engineerable synthetic circuits and exploring patterning robustness in the face of noise. More generally, the work contributes to a growing literature that is redefining how we view morphogens, beyond the dichotomy between positional information and reaction-diffusion [12].

An intriguing feature of Turing systems is their capacity to regenerate patterns upon damage [13]. Is this regenerative capacity preserved in the single-morphogen model? What are the consequences of this for homeostatic tissues that may exploit these mechanisms to maintain cell type proportions, for example balancing stem-cells and differentiated derivatives [14].

The single-morphogen model can regenerate patterns after damage. For example, if we reset one half of a stripe-patterned lattice with a damage boundary parallel to the stripes, then the pattern will “refill” starting from the damage boundary. In general, however, this regeneration behavior depends on the shape of the boundary of the damaged region. For other boundary shapes, the regenerated pattern can differ in phase, orientation, or curvature from the previously established pattern. In this way, single-morphogen patterning differs from the classical Turing patterns. Nevertheless, because patterns do re-generate in many cases, cell type proportions can be approximately maintained.

Not all tissues grow exclusively at their termini. Have you investigated how patterns evolve upon bulk growth? Indeed, traditional Turing systems show pattern duplication in these scenarios and do not scale with tissue size [2].

Like classical Turing systems, patterns generated by the single-morphogen system also do not appear to scale in bulk growing tissue. If one expands an entire striped pattern by a constant factor, new stripes emerge between the old stripes. Similarly, as stripes get “fatter” in this procedure, they can break into multiple sub-stripes.

With appropriate initial conditions, the model demonstrates long-range periodicity. Is there an upper limit to this periodic spacing? Does noise confound patterning more strongly when spacing is larger?

When simulating the model, we find that if we rescale the system to increase the spacing between stripes, for example, by modulating morphogen diffusion coefficient, then we typically see that noise blocks pattern propagation after the same number of stripes, rather than after a fixed propagation distance. This suggests that noise limits patterning in a scalable manner. However, in general, the long-range behavior can depend on the type and magnitude of noise as well as other parameters.