From totipotency to pluripotency: First cell fate determination events in the embryo by the interplay of transcription factors, RhoA signaling, polarity proteins and actin cytoskeleton remodeling. 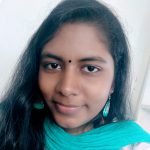 All higher eukaryotic organisms develop from a single-celled zygote, which undergoes active binary divisions and cell fate determination leading to differentiation into different tissues and organs. This is achieved through tightly regulated lineage specification events, determination of embryonic axes and gene expression at specific developmental time-points.

The first fate specification in the mammalian embryo gives rise to the inner cell mass (ICM), which develops into the fetus and the yolk sac, and the outer extra-embryonic trophectoderm (TE), which forms the placenta. This determination of ICM and TE fate requires cell polarization. In mouse, this event is observed around the 8-cell-stage when the cells acquire an apical domain, surrounded by an actomyosin ring.

There is a lack of knowledge pertaining to the mechanistic details and genetic regulators that define cell polarization and apical domain formation. To address this gap, the authors have employed various embryological, gene-editing and live-imaging tools to uncover the mechanism of cell polarization and the key players involved in the first cell fate decision made by the embryo.

To identify the specific factors involved in apical domain formation, they analyzed publically available single-cell RNA sequencing and ATAC-seq data and shortlisted 124 genes (118 polarity regulators and 6 transcription factors). Downregulation of each of these candidate genes revealed that only depletion of Tfap2c and Tead4 transcription factors prevents cell polarization at the 8-cell stage.

To confirm the cell polarization inducing ability of Tfap2c and Tead4, the mRNA of these genes was overexpressed (both together and individually) at the 2-cell stage and the authors observed premature cell protrusions enriched in apical polarity proteins. However, these protrusions were small and lacked an actomyosin enclosed apical domain. Therefore, the authors overexpressed RhoA (which is required for the activation of actomyosin and hence apical domain formation) at the 4-cell stage and found a fully formed apical domain. This domain then followed the zippering process to seal boundaries, which is an essential step for blastocyst formation.

Though Tfap2c/Tead4/RhoA has proven to be sufficient for the formation of a functional apical domain, the precocious formation of embryonic structures which do not align with actual developmental time may cause hazardous effects to the embryo. However, in this study the advancement of cell polarization and apical domain formation did not seem to affect embryonic development. In fact, the authors found that the embryos enter into the next stage, i.e. express differentiation transcription factors for TE like cdx2 and gata3. Taken together, these experiments suggest that Tfap2c/Tead4/RhoA is sufficient to induce the formation of a functional apical domain and advance the timing of the cell differentiation program.

Now that we are aware of the factors crucial for the formation of the apical domain, the authors wished to find the mechanism involved in apical domain formation. Through imaging, they found that the polarity proteins first cluster in the centre of the cell contact-free surface concomitant with actin exclusion (centralization step). Then, they expand to form a concentrated patch which is surrounded by ring-like actomyosin (expansion step). They observed that apical protein clustering occurred during actin remodelling. Then, to determine the role of actin cytoskeleton remodelling in apical protein clustering and centralization, they chemically inhibited actin and found that apical protein clustering was affected. They also found that in embryos lacking Tfap2c and Tead4, the centralization step failed, suggesting the key role of Tfap2c and Tead4 in the initiation of the apical domain.

To understand the mechanistic details of Tfap2c-Tead4 regulated apical domain formation, they performed RNA sequencing of 8-cell stage embryos lacking Tfap2c and Tead4 together and individually. Differential gene expression analysis revealed that a significant number of genes downregulated were associated with actin polymerization. When the authors downregulated two of the candidate genes they found that it hampered apical domain formation. Hence, Tfap2c and Tead4 regulate the actin network which in turn aids apical protein centralization and expansion. These events along with the expression of RhoA, which activates actomyosin, contribute to the successful formation of a functional apical domain to execute the first cell fate decision.

The authors have provided a clear picture of apical domain formation and its polarization, which marks the initiation of the first fate determination event of an embryo. The authors have analyzed the intricate details of the formation of a functional apical domain, from finding the crucial molecular players involved to the demonstration of the biophysical features and mechanism. Also, their use of multiple controls for every experiment strengthens their data and provides elaborate details of the ICM and TE fate-determining event. It is also interesting to note that the authors have for the first time demonstrated controlled premature cell polarization and functional apical domain formation in the mouse embryo.

Thank you so much for the great summary of our work, we are delighted that our work has been chosen and we think all questions are very helpful. Please see our response below:

Indeed, compared with the equivalent manipulation with Tfap2c, the overexpression or depletion of Tead4 always generates less degree of the phenotype. We think that this is because Tfap2c controls a greater number of genes related to cell polarization than Tead4. We showed that from our RNA-sequencing analysis on Tfap2c and/or Tead4 depleted embryos, the depletion of Tfap2c causes the downregulation of significantly more number of downstream targets than Tead4. Moreover, when we looked at the downregulated genes in Tfap2c and Tead4 depleted embryos, the majority of the genes that are downregulated by Tfap2c knockdown alone. So together these analyses support that Tfap2c is dominant over Tead4 in cell polarity establishment.

This is an interesting idea. Performing complementary test here may not be straightforward as the genetic mutant for either of the two transcription factors is embryonic lethal, and on the contrary, the heterozygous do not display obvious polarity defects. The equivalent experiment would be to perform the cross-rescue on RNAi-depleted embryos. We haven’t done this experiment, but think that the rescue will be unlikely. This is because, from the RNA-sequencing analysis, we observed that Tfap2c and Tead4 control different sets of polarity related genes, suggesting that these two transcription factors control cell polarization through different pathways. That said, the cross-rescue experiment will certainly allow gaining additional insight into the relationships between the two transcription factors to regulate cell polarity. Thank you for the suggestion!

This is a good question! In the manuscript, we mainly examined TE specifiers’ expression as they are the direct readout of a functional apical domain in normal development. However, as we checked expression at the 8-cell stage, all ICM markers expression are not regulated by cell polarization at this stage, so we will anticipate seeing the same level of expression for ICM markers in Tfap2c, Tead4 and RhoA overexpressed embryos as in control.  This means, no Sox2 expression (Frum et al, development, 2019), but a readily detectable level of Nanog and Oct4 (Wicklow et al., Plos Genetics, 2014).

We haven’t looked at the epigenetic modifications in this paper, as we have a focus on the mechanisms behind cell polarity establishment and the means by which it is induced by Tfap2c, Tead4 and RhoA. However, this is certainly an interesting point to look at in future studies. Thank you for the suggestion!