Getting the upper hand: recent preprints describe how Lgl can be resistant to the action of aPKC with the help of ‘friends’ in the basolateral domain, whilst allowing aPKC to remain the dominant force apically. 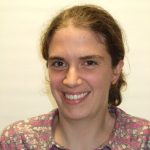 Getting the upper hand: recent preprints describe how Lgl can be resistant to the action of aPKC with the help of ‘friends’ in the basolateral domain, whilst allowing aPKC to remain the dominant force apically.

Cell polarity is essential for building complex organisms and has received much attention in the past 20+ years. The canonical polarity proteins that define apical-basal polarity are divided into two groups, the apically located Par complex and the Scribble module, the basolateral component.  Dissection of the molecular mechanisms have focussed on the Par complex, and a lot of progress has been made describing how these proteins, in particular aPKC, are important in both specifying the apical domain as well as excluding basolateral proteins.  However, less attention has been paid to the Scribble complex, perhaps in part because Scribble (Scrib), Discs large (Dlg) and Lethal Giant Larvae (Lgl) proteins have no obvious catalytic ability.  However, it is known that Lgl inhibits both aPKC activity and localisation along the basolateral cortex, and also promotes Crumbs recycling from the basolateral plasma membrane (Yamanaka et al. 2006, Fletcher et al. 2012).  In two new papers the Bilder and Morais-de-Sa labs set out to address the molecular basis for the role of Scrib module in maintaining basolateral identity in the Drosophila follicular epithelium.

Mutants in all the Scrib module components are known to cause polarity defects (Bilder et al. 2000), but whether they operate in the same pathway was unclear. Khoury and Bilder used combinations of mutants and RNAi of Dlg, Scrib and Lgl, but found no additive effects indicating that they are operating in the same pathway.  It was previously assumed that the role for Dlg and Scrib was in localising Lgl to the basolateral complex, however these papers from the Bilder and Morais-de-Sa labs find that the mechanism is not so simple.  For example, Khoury and Bilder found that membrane tethering of Lgl was not sufficient to rescue Dlg or Scrib mutants.  Further, while both papers indicate that Scrib binds directly to Dlg, they show this is dependent on the leucine-rich-repeats in Scrib and the SH3 domain of Dlg instead of the previously described PDZ and GUK domains.

Elegant experiments from both papers, utilising a variety of methods for inhibiting phosphorylation, followed by studies of protein dynamics, led the authors to conclude that Dlg and Scrib maintain Lgl by protecting it from phosphorylation by aPKC.  This explains how Lgl is able to inhibit aPKC in the basolateral cortex where it is protected, but phosphorylation of Lgl can occur in the apical domain.  Despite this relationship, using in vivo light-induced oligomerization Ventura et al. find that Lgl is, in fact, not found in a stable complex with Dlg and Scrib.  Finally, Khoury and Bilder conclude from relocalisation experiments that while all components of Scrib module are required for basolateral polarity, they are not sufficient to induce it.

These papers demonstrate the importance of looking at dynamic behaviour in order to unravel molecular mechanisms.  The authors used a range of experiments that allowed them to dissect the reciprocally inhibitory relationship of the canonical polarity proteins, which was not possible by just looking at mutants.

The major question arising from these studies is how does Dlg-Scrib protect Lgl from aPKC phosphorylation, especially as the data indicate that Lgl is not in a stable complex with either protein.  Whether this points to a very dynamic relationship between these proteins, or whether additional proteins are involved are unclear but will be exciting to unravel.  Finally, since the canonical polarity proteins may have different roles in distinct epithelia it will be interesting to see if this mechanism is a general one.