Why do cells die when they are in the "wrong" place? Preprint shows lack of EGFR signalling, rather than any cell fitness recognition event, is responsible 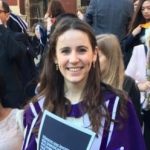 Cells that fail to form the correct tissue for their environment are often eliminated by apoptosis. This phenomenon has been observed across model organisms from zebrafish to mice, and is triggered by mutation of signalling pathway genes required for patterning. The phenotype is particularly evident in Drosophila segmentation mutants: mutation of genes that function at different steps of the segmentation cascade to define the Drosophila body plan leads to widespread apoptosis in the compartment where they are normally expressed (Fig. 1).

What is less clear is why the mispatterned cells are eliminated. A prevailing hypothesis is that a fitness recognition event by surrounding cells leads to their active elimination through cell competition. An alternative, unexplored hypothesis is that mispatterning disrupts signalling pathways required for cell survival. In this preprint, Crossman and colleagues shed light on the mechanisms underlying this phenomenon.

Initially the authors demonstrate that cell death occurs in flies with various gene mutations involved in  segmentation, and pick fushi-tarazu (ftz) mutants (Fig. 1) for further investigation of the phenomenon. Using this model the authors show that, consistent with a previous study (Werz et al, 2005), cell death in segmentation mutants occurs through activation of the apoptotic gene hid. This gene is expressed highly in ftz mutant flies, and its disruption rescues the apoptosis phenotype observed in segmentation mutants.

Next the authors screen for upstream mediators of cell death and find that overexpression of the activated EGF receptor reduces cell death in ftz mutants. Further analysis revealed that EGFR target phospho-ERK has altered activity in ftz embryos compared to wild-types. Specifically, while phospho-ERK activity is sustained at a high level along the anterior-posterior axis of wild-type larvae with small peaks at segment boundaries, in ftz mutants pERK activity is inconsistent and marked by large “gaps” in signal within segments. Notably, areas of low pERK activity correspond to high levels of cell death in mutant flies. This further supports a role for EGFR in cell survival, together with the finding that deletion of EGFR results in widespread hid expression. The authors next identify vein and rho-1 as important ligands involved in EGFR activation. In wild-type embryos, vein and rho-1 are expressed at the boundaries of segments. In ftz embryos, vein and rho-1 fail to form these patterns, in agreement with the disrupted phospho-ERK activity.

Finally, the authors use multiview single plane illumination microscopy (mSPIM) to record total apoptotic cells in whole wild-type embryos. Mapping apoptotic events and position within the segment by staining for cleaved death caspase-1 leads to the emergence of a pattern where apoptosis becomes more frequent as distance from segment borders (the EGF-ligand sources) grows. This finding suggests that in normal development, exposure to EGFR signalling dictates cell survival and is possibly involved in maintaining cell number and therefore compartment size.

Through a series of elegant genetics experiments and image analysis, the authors show that death of mispatterned cells in Drosophila segmentation mutants arises from disrupted EGFR signalling patterns. In addition, the data indicate that insufficient exposure to EGFR signalling could be a trigger of cell death in wild-type larvae.

Importantly, the preprint leads to the intriguing suggestion that as well as dictating compartment boundaries, segmentation genes could also control compartment size through tight regulation of EGFR signalling. This builds on previous studies implicating EGFR signalling in cell number regulation (Urban et al, 2004; Bergmann et al, 2002; Gioboa and Lehmann, 2006; Parker, 2006), and extends the findings by implicating the pathway in size control of whole segments in the developing larvae. This sizing mechanism, where a limited source of a growth factor supports survival of only a subset of produced cells, is reminiscent of that described for developing neurons in mice, where cells are massively overproduced and compete for limited levels of nerve growth factor (Raff, 1992). Together, the findings suggest that tight regulation of cell death, as much as proliferation, enables the establishment of normal body and organ size during development.

Death of mispatterned cells is also seen in systems with less distinct signalling compartments. For example, in mice, deletion of APC in the developing neural crest results in massive apoptosis (Hasegawa et al, 2002). Given the system differences, do the authors think that similar mechanisms are responsible in this context?

The authors make the interesting observation that apoptosis is triggered at embryonic stage 11, long after ftz should have fulfilled its function in segmentation and after the cessation of proliferation. It would be really interesting to know how this time-dependent sensitisation to low EGFR signalling is orchestrated – are there any contender mechanisms?

This paper was both mine and JP’s first experience with BioRxiv. The entire process was quick and easy and I don’t think either of us will have any doubts when it comes to sharing pre-prints of our work in the future. We have received many great comments and suggestions since the report went online and I was very pleased when Sarah got in touch to share her excellent preLight and ask us to provide a comment.

The presence of apoptotic cells in Drosophila segmentation mutants was first observed over 35 years ago and yet, at the start of this project, we couldn’t really explain why these cells were even dying in the first place. The patterning genes we were investigating were not survival factors and we could remove them from cells in culture with no deleterious effects. However, when we stopped them from functioning in the context of the developing embryo, we saw strong bands of cell death in the regions where the genes would normally be expressed. Initially, we thought we were looking at the output of some form of developmental quality control mechanism – where cells lacking the patterning inputs required to differentiate correctly are removed from a tissue before they can cause any harm. In hindsight, this was perhaps a bit naïve and, in fact, the answer was staring us in the face all along.

Our study is very much built on a sturdy foundation of work from a number of groups, particularly those of Matthew Freeman, Andreas Bergmann and Joe Parker/Peter Lawrence. It is, for example, well known that EGFR signalling promotes cell survival. Likewise, it is known that the major EGFR ligands are expressed in a segmental fashion in Drosophila embryos, with regular peaks of ligand production occurring throughout the epidermis. In many ways, the main purpose of our paper is to connect these observations. By showing that patterning errors disrupt the regular production of EGFR activating ligands and that the major consequence of this disruption is localised cell death, we were able to explain apoptosis in mis-patterned embryos and speculate on the implications this may have on size control and overall body dimensions in the process.

Even though we set out hoping to discover a novel mechanism of tissue homeostasis and cell fate surveillance, I am pleased that our work ended up complimenting and building on a number of excellent pre-existing studies. We are under constant pressure to discover new mechanisms or rewrite old theories in order to inflate the impact factor of our publications. However, in this instance, the simplest explanation proved to be correct and I’m very happy with the final outcome!