EXO70A2 is critical for the exocyst complex function in Arabidopsis pollen 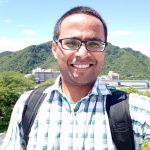 Pollen development and tube growth are two important developmental processes in flowering plants, during which the pollen tube carries two sperm cells to the female gametophyte. For successful fertilization, the pollen tube has to navigate within a female tissue to deliver the two sperm cells. This arduous journey is highly regulated and involves maintenance of cell polarity, cell wall secretion and addition of new membrane.

Pollen tubes are a perfect example of polarized tip growth, a process highly controlled by membrane trafficking and polarized secretion. One of the important regulators of polarized secretion is an evolutionarily conserved protein complex called the exocyst, which mediates docking of secretory vesicles at specific sites on the plasma membrane with the help of SNARE proteins. Apart from pollen tube growth, exocyst proteins are also involved in diverse cellular processes requiring targeted secretion such as root hair growth, cytokinesis, trichome and xylem development.

One of the most studied exocyst proteins in plants is EXO70 which arose as a result of duplication and has up to 47 paralogs in rice and 23 in Arabidopsis. Plant-specific EXO70 proteins can be divided into 3 clades: EXO70.1, EXO70.2, and EXO70.3, each of which perform cell or tissue-specific functions, and different isoforms within a clade may also act together in the same cell [1]. The role of several exocyst proteins in pollen germination and tube growth are well understood. For instance, two closely related EXO70C paralogs from the EXO70.2 clade are important for optimal pollen tube tip growth, and several homozygous mutants of the exocyst subunits SEC5a/b, SEC6, Sec8 produce abnormal pollen tube growth resulting in male-specific transmission defects. EXO70A1, a member of clade EXO70.1, is a main sporophytic housekeeping isoform while its paralog EXO70A2 is enriched in pollen, but its function remains largely unknown.

In this study, the authors studied the function of EXO70A2 isoform by mutating the gene and found that the plants defective in EXO70A2 had reduced pollen germination efficiency which impacted pollen-specific transmission of the mutant allele.

The authors found EXO70A2 to be the closest paralog of EXO70A1, with the two proteins having 72% sequence similarity. EX070A2 was expressed in pollen and based on the known function of its sporophytic tissue-enriched paralog EXO70A1, was predicted to have a role in tip growth.

The authors used CRISPR to create exo70a2 mutant which showed a defect in pollen germination, maturation and tip growth, consistent with the earlier findings from two other exocyst subunit mutants (sec3a and sec8), while no differences were observed in general plant morphology, implicating EXO70A2 to be pollen-specific. Furthermore, the authors found that exo70a2 mutants produced extremely short and wide pollen tubes with highly reduced fertilization capacity, a phenotype they ascribe to the inefficient targeting of secretory vesicles. Authors also found that the abnormal morphology of pollen tube growth could be linked to the mislocalization of cell wall material, an essential ingredient for polarized tip growth in pollen tubes. Similar to the other core exocyst subunits, EXO70A2 showed plasma membrane localization in the growing pollen tube tip, which the authors believe mediates the exocyst interaction with the plasma membrane.

In order to understand if the effect of exo70A2 mutation caused defect in male or female, the authors studied the transmission of the mutant allele using reciprocal crosses between heterozygous exo70a2 and wild-type plants and they found that the pollen-specific transmission efficiency of the mutant allele was heavily compromised. Despite impaired transmission efficiency, the mutation did not cause a complete transmission defect which led the authors to surmise that probably some other isoform of EXO70 might play a role in rescuing the phenotype.

Complementation with GFP:EXO70A2 was able to rescue the phenotype, further confirming the effect of the mutation in EXO70A2 on pollen germination and tube growth. Interestingly, despite the difference on an evolutionary timescale, authors found that EXO70A2 was able to rescue pleiotropic defects caused by a mutation in exo70a1 mutant, suggesting a high degree of functional redundancy between two paralogs EXO70A1 and EXO70A2 in the sporophyte.

Male gametophyte development is an active area of research and although we think we have understood the process well, there are still a lot of missing links to how the whole system works. In that direction, identifying one more important player involved in pollen development is indeed remarkable. I think it is an important contribution to the reproductive biology of plants, also because very little is known regarding the role of membrane trafficking in pollen development.

Questions for the author and future studies