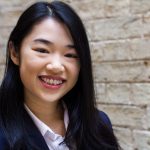 While in vitro culture of epidermal and dermal cells have provided some insights into skin diseases, it has been challenging to produce skin which forms and maintains hair follicles in vitro.

The authors first induced an epidermal fate in hPSCs by treatment with BMP4 and a TGFb inhibitor, followed by mesenchymal fate induction by addition of FGF-2 and a BMP inhibitor. In the first two weeks of differentiation, the cell aggregates first formed a cyst of epithelial cells surrounded by cranial neural crest cells. Between day 16 – 30 of differentiation, the organoids become bipolar with the epidermal cyst on one side (referred to as the head) and neural crest cell derivatives on a pole (referred to as the tail). These results were consistent between organoids derived from two cell lines, a human embryonic stem cell line WA25 and a Desmoplakin (DSP)-GFP human induced-PSC (hiPSC) line, in which desmosomes would be GFP+.

To classify the cell types present at one month of differentiation, Lee et al. did single-cell RNA sequencing (scRNA-seq) on both the WA25 and DSP-GFP­ organoids. Analysis was done on each dataset individually and also comparatively to find differences and similarities between the cell lines. Unbiased clustering followed by manual partitioning revealed four major cell types: approximately two-thirds were mesenchymal cells, with smaller populations of epidermal cells, neuro-glial cells, and actively cycling cells. The cellular composition was mostly similar between organoids derived from both cell lines.

At >100 days of culture, the authors investigated whether more specialised cell types developed. The organoid hair follicles formed cellular layers characteristic of mammalian hair. Furthermore, in late-stage organoids, hyaline cartilage developed in the tail region and adipocytes were present around the hair follicles. Neurons also grew in interwoven networks between hair follicles, with their processes wrapped around the follicles, resembling human foetal hair follicles. The cartilage and neural populations possibly matured from the precursors identified in the scRNA-seq dataset at 30 days-post differentiation, which suggested a continuation of development over time in these organoids.

To investigate whether organoids could integrate into endogenous skin in a mammal, the authors matured the organoids for about 5 months and grafted hair-bearing organoids onto athymic nude mice. Out of 27 xenografts, around half of the organoids grew hairs out from the skin. Vasculature penetrated into xenografts and the organoids unfurled and integrated into planar skin at the wound site. The out-grown xenograft hair-follicles formed sebaceous glands and bulge cells, which are hallmarks of maturity.

Lee et al. have established a new organoid model of skin development in a human system in which hair follicles and neurons emerge. Since the model captures aspects of human foetal skin development, it can be used to understand early development in vitro. Furthermore, heritable skin disorders could be modelled with this system for the purposes of discovering novel therapies. Finally, these hair-bearing organoids have the potential as grafts for repairing and reconstructing the skin of burned or injured patients.