How is the final size of a limb determined? Pickering et al. discover that chick limb buds have an intrinsic BMP signaling-dependent cell cycle regulator which slows down cell proliferation rates to restrict the size of the embryonic limb. 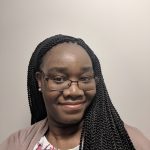 Background
Limb development is one of the most fascinating aspects of morphogenesis. In current models of limb bud specification, signals from the mesoderm and the overlying apical ectodermal ridge (AER) work together to regulate limb patterning. Though the proximal structures of the limb are known to be specified extrinsically by signals from the trunk of the embryo (Cooper et al., 2011), there is some ambiguity over how the distal limb structures are specified.

In their previous work, the authors propose that the distal structures of the chick forelimb are specified by an intrinsic clock. This intrinsic signal is activated in the distal mesenchyme cells as they proliferate and move out of the region of influence of proximal signals (Saiz-Lopez et al., 2015). In later work, they show that the slowdown of cell proliferation which marks the end of limb specification and outgrowth occurred independently of extrinsic signals, indicating the presence of an intrinsic mechanism (Saiz-Lopezet al., 2017). What, then, is the nature of this intrinsic signal?

Interesting findings
The main method used in this preprint was the grafting of distal mesoderm tissue from wing limb buds of older GFP-expressing chicken embryos into the distal mesoderm of limb buds of younger non-labeled embryos. After a 24-hour incubation, the GFP-labelled grafts were collected and analyzed by RNA-seq. This method was used to characterize the transcriptome of the grafts in comparison to donor and host embryo limb buds. Results showed that 55 genes kept the donor expression profile while 99 genes were reset to match the host expression profile, indicating a significant environmental influence on gene expression.

The authors first confirmed the presence of an intrinsic signal. It was important to show that cell proliferation did not just appear to be independent of an extrinsic signal due to a lack of epithelial-to-mesenchymal signaling between older limb bud grafts and the AER of host embryos. RNA-seq data showed that the expression levels of BMP4, various FGF ligands and the BMP antagonist Grem1, which is known to maintain the AER, were all reset to match the host embryo mesoderm. Additionally, the BMP target pSMAD1/5/9 was expressed at higher levels specifically in the region of the AER overlying the graft, indicating functional epithelial-to-mesenchymal signaling between the graft and the overlying ectoderm.

When comparing RNA-seq data sets, the authors found that the expression levels of BMP2 and BMP7, which normally increase from younger to older limb buds, were not reset to match the host embryo mesoderm. These two genes are known to restrict outgrowth during normal limb development by inhibiting FGF signaling. The expression of known BMP targets in grafts was also maintained at donor embryo levels. To confirm the role of BMPs in regulating the intrinsic cell proliferation timer, beads soaked with synthetic BMP2 and implanted into the mesoderm of younger limb buds were shown to cause a slowdown in cell proliferation.

Pickering and colleagues end by proposing a model in which the BMP antagonist Grem1 represses BMP signaling at early stages of limb bud development. This maintains the AER and a high rate of cell proliferation. The AER plays a permissive role in supporting cell proliferation distally but does not have an instructive role. As the limb develops and the distal cells move out of the range of influence of proximal signals, there is a switch from extrinsic to intrinsic regulation, marked by an increase in BMP signaling. This overcomes the effects of BMP antagonists and slows down and eventually stops cell proliferation distally (preprint Fig.5). Once this is done, BMP signaling inhibits FGF signaling in the AER and causes it to regress, marking the completion of wing patterning.

What I like about this preprint
This preprint has all the classic elements of developmental biology research: an age-old unanswered question, divergent points of view and an elegant set-up, producing results which offer another piece of a big picture while telling us once again that the process of morphogenesis is much more complex than we think. Additionally, the methods are written in such exquisite detail that I almost want to get myself some chicken embryos and conduct a few of these experiments.

Follow-up question
As chicken forelimbs and hindlimbs are significantly different morphologically, it would be interesting to find out from the authors which parts of the mechanisms described here may be conserved between these two kinds of limb buds. A comparison of the mechanisms of specification and the gene regulatory networks running in the forelimb and hindlimb buds during development would provide more information on the regulation of limb morphogenesis in general.

I think it is a good question and I think the mechanism could apply to the hindlimb because its development generally involves the same regulators as the forelimb. However, we can not say for sure without doing the experiments. Also there is good evidence in the chick forelimb that intrinsic timing mechanisms start when proximal signals (thought to be based on retinoic acid) are depleted from the early bud. However, retinoic acid does not appear to play the same role in the hindlimb so there could be differences.