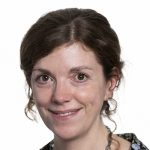 Epithelial cells do what they are told to do by the various signals they encounter as they go about their day, but the way cells respond to these signals can change when epithelial structure breaks down. This interplay between tissue architecture and signal response might be helpful for ensuring robust and reliable development and regeneration, but it can show a rather less helpful side during tumorogenesis.

In some epithelial tissues, for example mammary epithelial cells, a loss of epithelial polarity can cause what would otherwise be a benign response to potentially oncogenic signals such as Ras or Notch to go into super-signalling overdrive resulting in full blown invasive neoplasm. The tangle of feedbacks between morphogenesis and signalling make it challenging to unpick the mechanisms that underlie this unpleasant switch in cell behaviour. In this preprint by Logeay et al, the authors tackle this problem using a simplified genetically tractable system, the Drosophila wing disc.

The authors focus on the oncogenic activity of Notch signalling. This was a smart choice because this elegantly simple pathway lacks the chain of intercellular intermediates that characterise other signalling pathways. The authors use this simplicity to their advantage, as we shall see.

Notch can be experimentally activated in the wing disc by overexpressing the intracellular domain of Notch, NotchIC. This drives overgrowth, but the hyperproliferative cells remain safely ensconced in the wing disc epithelium. Things get much nastier when NotchIC is combined with mutation of the polarity-determinant Scribble: now the hyperproliferative NotchIC cells leave their epithelium and invade surrounding tissues, mimicking a neoplastic event. In contrast, mutating Scribble in the absence of NotchIC results only in a mild invasive phenotype without overgrowth (see Figure).

These observations confirm that Notch cooperates with loss of polarity to drive invasiveness. But how are these two events cooperating? Is this simply the additive effect of the NotchIC phenotype plus the Scribble phenotype (“additive model”)? Alternatively, does disruption of polarity somehow directly modulate the transcriptional response to Notch (“redirection” model) and if so, what is the molecular basis for this transcriptional switch?

To address this the authors use RNAseq to monitor transcriptional changes in response to Notch, Scribble mutation, or both combined. They then use genome-wide ChIP to map the binding sites of the Notch transcriptional mediator Su(H). By combining these two datasets they identify a cohort of direct Notch target genes that switch expression when Scribble is mutated, favouring the redirection model rather than the additive model. The simple one-step nature of Notch pathway, which we paused to admire above, gives confidence that this molecular conversation between polarity and Notch signalling does indeed take place at Notch target genes rather than some other location in the cell.

Surprisingly, most of the Notch target genes that “switch'” expression in Scribble mutants do not gain or lose Su(H) binding. This might suggest that polarity-loss-induced TFs act as co-factors to modulate the response to Su(H) at these genes.

So what are these all-important polarity-loss-induced TFs? For their next trick the authors use the bioinformatics package iRegulon to identify small networks or ‘modules’ of transcriptional regulators that characterise the invasive response to Notch in scribble mutants. One such module, which contains the stress response CEBPG homologue CG6272, seems particularly important because knock-down of CG6272 or its partner Xrp1 is able to suppress the Notch-induced invasive phenotype.

The paper ends with an intriguing twist. Previous studies have shown that Ras, like Notch, drives invasive phenotypes in imaginal discs when combined with a disruption of polarity. The transcriptional modules previously reported to characterise this response turn out to match the modules identified above by Logeay et al. This leads them to propose that there is a common ‘polarity-loss module’ of TFs that acts downstream of both Ras and Notch, and they speculate that this module might also act downstream of other tumorigenic signalling pathways.

I admire the simplicity of the experimental model, which turns a thorny mechanistic tangle into a tractable system that comes up with some useful answers.

For me, the most exciting thing about this paper is the broad relevance of the findings, which I think could go beyond understanding the collision of events that drive tumours. It is easy to imagine that a similar interplay between polarity and Notch response could help coordinate morphogenesis with differentiation during development and could also help regulate regeneration and repair of epithelial tissues. Like all good papers, this work opens up many new avenues to explore.

You note that CG6272/Xrp1, which you discover to be important for driving an invasive phenotype, also controls cell competition.  This leads you to the interesting suggestion that neoplastic transformation could arise through a sort of ‘perverted cell competition’.  Can you give us your thoughts on how this might work and whether it might be a general feature of epithelial neoplasms?

I’m excited about the idea that changes in polarity could modulate Notch during normal development, regeneration and repair. Do you agree that your induced tumorigenic response could be co-opting a pre-existing relationship between Notch and polarity? If so, which tissues do you think this might be operating in?

Your findings suggest there may be a common ‘polarity-loss module’ of TFs that intersect with oncogenic signalling pathways to programme an invasive phenotype.  Can you speculate on how this module is activated- what is the molecular link between a loss of polarity and activation of this transcriptional module?

Q: You note that CG6272/Xrp1, which you discover to be important for driving an invasive phenotype, also controls cell competition.  This leads you to the interesting suggestion that neoplastic transformation could arise through a sort of ‘perverted cell competition’.  Can you give us your thoughts on how this might work and whether it might be a general feature of epithelial neoplasms?

A: Yes, we found that CG6272 and its partner Xrp1 are functionally required for proper NotchIC/Scrib invasive behaviour. Interestingly, ATF4, the classical partner of CG6272 involved in ER stress response is not required. Recently, Xrp1 and CG6272 have been shown to be critical for cell competition after mutations in specific ribosomal subunits. More specifically, CG6272/Xrp1 control a “loser” programme. This is counterintuitive as we might expect tumour cells to be exhibiting a classical “winner” programme. After all they are the one overtaking the normal tissue. We suggest thus that, at least in some cases, neoplastic cells are cells that should have been culled out by cell competition, initiate a loser and an apoptotic programme, but somehow escape cell death. But they do not stop there remaining “undead” cells, they take advantage of the “loser” programme initiated (but not fully implemented) such as cytokines and adhesion molecules, to sustain their growth and invasiveness. Since polarity defects are common in neoplasms, and that cell competition is now recognised as a general mechanism from Drosophila to mammals, we anticipate that this perverted cell competition programme could be found in many tumours.

Q: I’m excited about the idea that changes in polarity could modulate Notch during normal development, regeneration and repair. Do you agree that your induced tumorigenic response could be co-opting a pre-existing relationship between Notch and polarity?  If so, which tissues do you think this might be operating in?

A: That is a great idea. Indeed, polarity is remodelled during many developmental processes, potentially affecting signalling pathways. First, I would like to say, that in our models we looked at activated NotchIC, which is independent of the “cell biology” regulation of Notch signalling (e.g. endocytosis), and for which polarity alterations will only affect Notch signalling at the level of its transcriptional activity. But in “normal” conditions, cell architecture has many opportunities to influence cell signalling, mainly strength or duration: correct localisation of receptors and ligands, signalling components clustering, endocytosis and recycling, rate of nuclear/cytoplasmic exchanges…

Consequences of polarity transitions on the Notch transcriptional programme during normal development might indeed be occurring. Of particular interest is the development of the peripheral neural system, where the sensory organ precursor (SOP), remodels its’ apical/basal polarity, and delaminates from the epithelial sheet. In the SOP lineage, several rounds of asymmetric cell divisions controlling Notch activity give rise to the different cell types. Here, extensive research shows the importance of polarity determinants in the asymmetric segregation of Notch pathway regulators such as Neuralized or Numb, but direct effects on the transcriptional programme of Notch have been less investigated.  Another potential tissue where polarity alterations and Notch pathway could be colliding is the adult female egg chamber, and in particular border cells.

Q: Your findings suggest there may be a common ‘polarity-loss module’ of TFs that intersect with oncogenic signalling pathways to programme an invasive phenotype.  Can you speculate on how this module is activated- what is the molecular link between a loss of polarity and activation of this transcriptional module?

A: Yes, we found the same modules as those described for Ras, except a few specificities (e.g. lack of Myc, presence of E(spl)/HES), but we altered polarity in a very similar way as previous studies (scribble complex components mutations). But most importantly, these core TFs are required irrespective of the activated signalling pathway (Ras or Notch). Focussing on the CG6272/Xrp1, they are part of a broader module of bZIP factors including the classic AP-1 factors. How are they activated? This is not entirely understood, but one could speculate for the involvement of the stress kinases of the JNK family and of the Hippo pathway terminal activator Yki: both have been shown to be activated in scrib mutant cells, and inhibiting either one (see Fig. 5) completely suppresses the neoplastic behaviours.