ELF3 and GI are essential ZEITNEHMERS to perceive light input into the clock and measure the photoperiod. Mutants fail to regulate photoperiod-responsive growth and development. 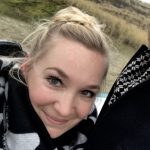 ELF3 and GI are essential ZEITNEHMERS to perceive light input into the clock and measure the photoperiod. Mutants fail to regulate photoperiod-responsive growth and development.

The circadian clock is an essential time keeping mechanism in plants that allows the organism to synchronize the internal cellular mechanism to the external environment with light as the primary cue perceived by central oscillators. These processes control various activities, many of which have agricultural importance. The circadian clock consists of three essential parts: input, core oscillator and output. Zeitgeber (German for time-givers), deliver external information, such as light and temperature conditions, to Zeitnehmers (German for time-takers) which synchronize the clock with the local environment. The oscillator ensures a 24 h rhythmicity that lasts even in the absence of external cues. Anwer et al. show that ELF3 and GI are not only essential for the oscillator function but also mediating light inputs to the oscillator, making them essential Zeitnehmers. Both genes are conserved in flowering plants representing important breeding targets. This could long-term lead to photoperiod-insensitive crops.

ELF3 (EARLY FLOWERING 3) and GI (GIGANTEA) are both involved in the regulation of the circadian clock in Arabidopsis. Single mutants of elf3 and gi were studied previously, but a detailed analysis of the double mutant elf3 gi in this preprint revealed new interesting results.

Even though flowering time in single mutants of ELF3 and GI differs from wild type plants, the response to light stimuli is still intact in the single mutant. Anwer et al. showed that this, however, is completely lost in the double mutant elf3 gi and the flowering time is unaffected by the photoperiod. Also, typical expression patterns of flowering time genes, such as CO and FT show reduced fluctuation in elf3 gi.

Wild-type hypocotyls elongate in the dark (e.g. in the soil to quickly reach the sunlight), but slow down their growth once they reach the light, a phenomenon known as growth inhibition.  Measuring the hypocotyl length in elf3 gi single and double mutants indicated that there is an additive effect of ELF3 and GI in photoperiodic sensing in controlling elongation. Surprisingly, the authors found that ELF3 might also act as a growth promoting factor, especially under blue light conditions. PIF4, a regulator of hypocotyl growth, is upregulated in the double mutant, explaining the extreme growth phenotype, which is neither light nor clock regulated.

Defects in elf3 gi as a result of malfunctional oscillator?

ELF3 and GI repress growth during night and day, respectively, and both are needed for effective gating of clock-controlled growth and work independent of each other in the circadian clock. Under free running conditions, i.e. a rhythm that is not adjusted to the 24-hour cycle, gi mutants show a compromised but functional clock, however, in elf3 and elf3 gi mutants no rhythm can be observed, hinting toward a dysfunctional oscillator. Interestingly, the oscillator is still responsive to light changes in gi and elf3 with slight changes in expression of major oscillator genes. However, the overall pattern was comparable to wild type. In the elf3 gi double mutant no response to diurnal light signals could be observed.

What is the overall phenotype of the elf3 gi mutants, under control conditions and the conditions tested in the preprint (on a whole plant level)?