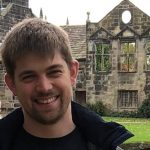 The very first membrane protein structures were generated from 2D crystals (2), formed from the proteins aligning side-by-side as if in a native bilayer. Due to the fact that there is only one protein molecule in the z-axis, the resolution in this plane is often very poor. With the resolution revolution (3) due to improved hardware and software, single particle cryoEM has emerged as a high resolution technique to rival X-ray crystallography. In single particle cryoEM of membrane proteins the sample is typically solubilised in detergent, which might lead to a non-native structure.  On the other hand, 2D crystals are grown in a lipidic environment, so might result in a more native-like structure. This preprint uses novel software for single particle reconstruction of 2D crystals deemed “too imperfect” for traditional 2D electron crystallography.

The first point worthy of note is that the overall resolution of the final model was 4 Å, which is higher than the previously available MloK1 structure (4). Further to this, the authors calculate the Brag reflections of these data to be 10 Å or worse, suggesting that this hybrid approach actually improves the resolution of the model generated from these data. It might be expected that the “single particle” selected in analysis was one tetramer; however it seems that there are at least 9 tetramers in each single particle. Even though this ion channel is homotetrameric, it might be possible for the structures to be asymmetric; however, using localized reconstruction, “no significant deviations from 4-fold symmetry” were detected.

The most interesting result, in my opinion, is that eight different structures are generated from one crystal system. If this were crystallography, we would expect a single “averaged” structure, much like the 4 Å structure described above. By generating 3D classes, however, the different conformations can be identified, resulting in structures to 4.4 – 5.6 Å resolution. The largest RMSD between states was less than 1 Å, suggesting that there were no vast global differences between states (this is illustrated in figure 4 included below of the preprint and can be visualised in supplementary movies 1-3). It was also noted that there was no correlation between structure and position on the crystal e.g. that state A was not always found on the edge of the crystal (see supplementary figure 8). 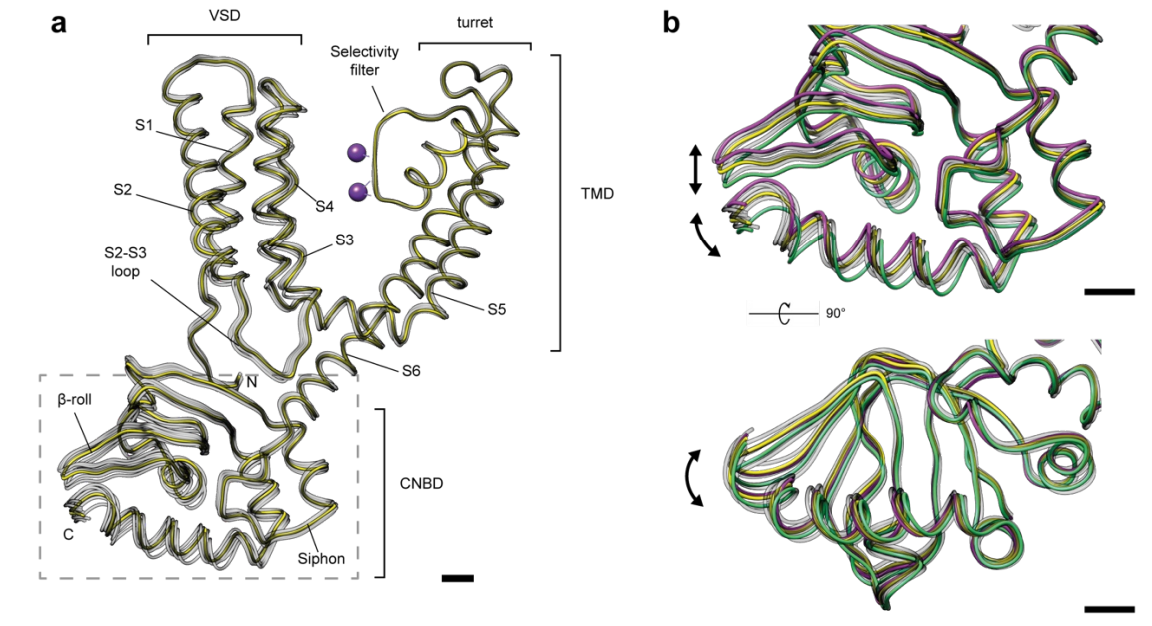 This work resulted in a structure with a higher resolution than that previously seen with MloK1. 2D crystallography generally leads to a structure with good resolution in the x and y planes (as there are thousands of molecules here) but very poor resolution in the z plane (as only one molecule is present). This results in what is often known as the “missing cone” of data. As these crystals are not perfectly planar, the “single particles” are tilted relative to each other, which offers slightly different views i.e. not all from directly above. There is still significant missing data, but this technique, for imperfect crystals, is clearly an improvement on typical 2D crystallography. To the authors’ knowledge, this is the first example of 3D classification within a 2D dataset, and I think it will certainly not be the last. This technique could be very interesting for use in 2D arrays of membrane proteins that are sometimes natively observed, for example in mitochondria and chloroplasts.

This is a really exciting article where the authors rescue poorly ordered crystals and generate a really nice set of structures. It is really impressive that the imperfections in the crystal that led to non-planarity have been exploited to minimise the “missing cone” that usually affects resolution in the z-axis. Hopefully this work will be applicable to other projects that have stalled with poorly-diffracting 2D crystals. This workflow has also been incorporated into the FOCUS package for other users’ future benefit.