Sex-biased gene expression in early embryogenesis: could there be sex-specific developmental differences before sexual differentiation has begun? 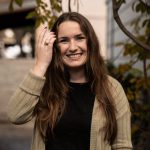 Sexual differentiation is the series of dependent events whereby male or female sexual organs develop from neutral embryonic structures. Before this point, embryos are phenotypically indistinguishable regardless of sex, having what is referred to as “bipotential” gonads, which have the potential to develop into the structures of either sex depending on external cues. Sex determination, which sets the stage for sexual differentiation, depends on genetic sex: the Y chromosome of a male contains a gene that initiates a cascade of events leading to regression of female structures and development of the male reproductive system. In XX individuals, the absence of this gene allows the female reproductive structures to persist and further develop. Sexual differentiation is first apparent at embryonic day (E) 11.5 in mice and during the 6th week of embryonic development in humans. It has generally been considered that before this point, male and female embryos are transcriptomically similar, with the exception of X-chromosome inactivation in females, which functions to balance the X-dosage with that of a male (XY). These differences arise well before formation of sex-specific gonads, with two waves of X-chromosome inactivation occurring during pre-implantation development in female cells.

Single-cell RNA-sequencing (scRNA-seq) quantifies the gene expression of individual cells that comprise a sample, and therefore is a useful tool to study cell population dynamics throughout development. The increasing prevalence of scientific articles utilizing scRNA-seq with publicly available data gives an exciting opportunity for other scientists to answer more questions using the same datasets.

In this preprint, the authors explored whether distinctions in sex chromosome-linked genes and epigenetic factors that arise during early embryonic development have consequences on the transcriptomic profiles of the sexes well before the onset of sexual differentiation. They were able to perform this research entirely using published transcriptomic time series for mice and humans starting at the early cleavage stages of embryogenesis (Fig. 1). The goals of doing so were to determine the earliest instances of sex-specific gene expression patterns and to compare how conserved these networks are across two mammalian species.

(1) Contribution of sex to genetic variance is highest in the earliest stages of embryonic development, but rapidly diminishes throughout the pre-implantation period. Principal component analysis of male and female samples showed that cells of each sex weakly clustered together during the earliest stages of embryonic development, but did not cluster at later stages of pre-implantation embryogenesis. A linear regression model demonstrated that nearly 25% of the genetic variance in gene expression during the earliest timepoints in both mice and humans is due to sex; however, this effect rapidly decreases. This indicates that sex’s relative contribution to gene expression is initially significant, but decreases rapidly and substantially during early embryonic development.

(2) Sex-biased gene expression and protein-protein interactions are detectible in mouse and human embryos, with some species: species distinctions. Although only a small number, sex-differentially expressed genes (sexDEGs) were detected in the early embryos of both mice and humans (Fig. 2). In mice, the total number of sexDEGs increases starting at the 4-cell stage and peaks at the 16-cell stage, which is marked by an increasing ratio of female: male-biased genes (from 1:8 to 2:1 within this timeframe). In humans, a comparable magnitude of sexDEGs is seen across stages with a peak at the late blastocyst stage, where female DEGs were found to be twice that of male. Additionally, the authors saw species differences in the pattern of protein-protein interactions. In mice, there was a burst of male-specific protein-protein interactions at the 16-cell stage, which was mirrored by a similar burst of female-specific interactions at the 32-cell stage. However, in humans, non-DEGs are higher at the 16-32 cell stages, decrease in the early-late blastocyst stages, and increase again in the peri-implantation period.

(3) Between mice and humans there is a lack of conservation signal in orthologous genes, but a conserved network of sex-biased genes in early embryogenesis. Among the top twenty genes that were consistently female- or male-biased in both mice and humans across early development, only two orthologs (KDM5D and DDX3Y, both Y-linked genes) had conserved sex-biased patterns. However, alignment and integration of datasets from both species showed similarities in cluster structure with some conserved signal throughout early embryogenesis (Fig. 3). Generation of supervised gene clusters with similar expression patterns across sexes and timepoints by non-negative matrix factorization highlighted longitudinally conserved ontologies in humans and mice during early developmental stages including post-fertilization, epigenetic reprogramming, and preimplantation.

This preprint illustrates that during the earliest stages of embryogenesis in males and females, there are distinct molecular signals and network landscapes that are enriched in X-linked protein coding genes involved in sex-specific cellular development. This finding demonstrates that sex chromosomes play a role in the divergence of early-acting networks during the first steps of embryonic development and challenges the idea that sexual differentiation only occurs after sex-specific gonad formation after sex determination.

1) I was surprised to see the unique expression of pluripotency factors between species (such as Nanog and Oct4 not being detectible in human embryos), considering that these factors are known to be expressed in human cleavage-stage blastomeres and blastocyst inner cell mass. Do you have any thoughts as to why the datasets/analysis did not detect expression of these factors?

2) Do you hope to complement this data in with datasets from other developmental stages and/or species that may be published in the future?

As single-cell technologies advance to higher sensitivities, we plan to complement these initial findings with new datasets that emerge in the future, especially if they refine the timepoints in order to have a more complete time course of events. In addition, applying this work within a broader phylogenomic context using other mammalian species will certainly enrich our initial analysis and shed more light on sex-biased expression at early embryonic stages and the role of the sex chromosomes in establishing them. One of our main objectives in understanding the timecourse of gene expression in early embryogenesis is to determine whether some of the early sex biases are accompanied by sex-specific epigenetic features and whether some of these persist beyond implantation.