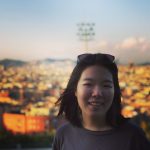 Signalling pathways lie at the heart of multicellular coordination, leading to patterning, cell fate decision, and other types of tissue-level biological outcomes. Cells can respond to a set of signalling pathways to a different degree. For instance, a cell can modulate the number of receptors based on the signalling input, or create a feedback loop by producing ligands. Gene regulatory networks (GRNs) represent how interactions between ligands, receptors, and other regulatory factors are integrated to drive gene expression and establish cell state and ultimately function. GRNs could serve as an accurate blueprint of the cell state, especially if the correct topology or parameters such as ligand-receptor affinity are identified. GRN components are usually identified by perturbation experiments, which reveal the critical genes for the action of interest, such as cell fate decision or pattern formation. Often mathematical analysis provides GRN details by imposing conditions onto topology or parameter.

Here, Sánchez-Iranzo et al. characterise a novel Notch gene regulatory network in the context of the zebrafish notochord, and show that it is indeed a GRN parameter difference within a cell and its neighbouring cells that leads to the correct differentiation pattern. The notochord is a rod-like structure required for spine development, initially consisting of a coin-shaped unidimensional arrangement of cells, which later differentiate into vacuolated cells surrounded by an epithelial sheath. 1D structure and well-defined cell-cell contacts of the notochord system provide the authors a unique setting to correlate different GRN designs with different pattern outcomes.

Lateral inhibition involves cells actively suppressing the expression of genes in adjacent cells. In this study, the researchers model lateral inhibition, with a GRN model that has both Notch ligand, and Notch ligand repressor as the target genes of the receiver cells. In this network, the sender cell presents Notch ligand, which induces Notch intracellular domain (NICD) cleavage in the receiver cells, activating transcription of both ligand and ligand repressors. The presence of ligand repressor reduces ligand concentration in the neighbouring cell, and the final pattern shows alternation of ligand concentrations.

Further, they crossed a Notch activity reporter to a jag1a (a Notch ligand) reporter line, and found an alternating pattern. This demonstrates a lateral inhibition model, in which Notch active cells suppress Notch ligand activities. 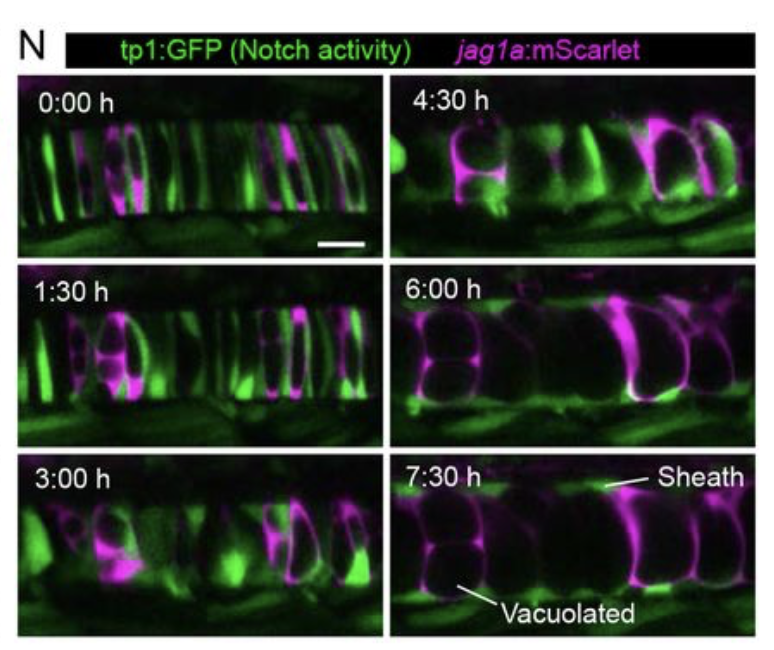 Figure 1N from the preprint. Notch activity and jag1a (a Notch ligand) show an alternating pattern.

Knowing involvement of jag1a ligand in the GRN, the researchers set out to identify ‘ligand repressor’ genes, which are Notch target genes that repress jag1a. Their single cell RNA-seq analysis revealed her6 and her9 as highly co-expressed genes with jag1a, and fluorescent in situ hybridization of her6 and her9 mRNA showed out-of-phase pattern with jag1a.

In order to assess whether her6 or her9 are directly responsible for repressing jag1a, they over-expressed these genes with a notochord-specific promoter. By co-expressing the her6 or her9 over expression construct with the jag1a reporter line, they found that her6 and her9 expressing cells downregulate jag1a in an autonomous manner.

To achieve lateral inhibition in the notochord, the GRN can have a trans topology, in which jag1a activates Notch and her6/9 in their neighbouring cells, or a cis topology, in which jag1a would deplete the Notch signalling in a cell autonomous manner. Two receptor-ligand binding parameters for each network, Kcis and Ktrans, are used to evaluate the conditions where the system is able to generate the notochord pattern. Here they show the patterning only occurs when Kcis is higher than trans, meaning that a stronger Notch-ligand interaction in cis than in trans is required.

To experimentally differentiate between the two hypotheses, they looked at the effect of jag1a ligand overexpression in the same cell and the neighbouring cells, and found out that indeed Notch signalling was down regulated in cis-manner, but there was only a minor effect in trans.

The paper seamlessly integrates GRN characterisation, perturbation and parameter modelling in a beautiful zebrafish notochord system. I think it is really critical in many developmental biology questions to have modelling driven hypotheses, and that is the case in this paper: finding the parameter space that enables patterning, and applying conclusions from the modelling to generate the hypothesis. I also liked how the use of two different GRN design (cis and trans) directly links to a different molecular mechanism of Notch signalling. The study is beautiful in a sense that multiple experiments point to the same conclusion, fitting together like a puzzle. For instance, her6 and her9, identified through transcriptomics data, shows out-of-phase pattern with Jag1a in in situ hybridisation. Then, over expression experiments confirm that their GRN component is critical and sufficient to generate notochord pattern. I also liked how authors highlighted that the identified GRN is likely to be conserved across species including human.

Notch is a very well-known cell-cell communication system, and intuitively, we tend to mainly consider its trans-interactions. However, it seems that a strong cis-interaction is also essential for patterning. A strong cis-inhibition facilitates that once a cell starts to express a small amount of ligand, this ligand blocks the reception of Notch signals, avoiding a possible repression of the ligand that was starting to be expressed, and thus promoting patterning.

We don’t think our conclusions are specific for the cell arrangement of notochord cells. Interestingly, repeating the same simulation for a more frequent hexagonal arrangement of cells, gives us even more stringent parameter requirements (stronger cis interaction would be needed for a hexagonal arrangement), suggesting that the conclusions for the notochord may be general. It would be interesting to know if a strong cis-inhibition occurs for all the Notch ligands.

Although I have not analyzed the levels of overexpression in detail, we have observed in our experiments that the fluorescence intensity of the jag1a:mScarlet reporter and emilin3a:GFP-p2a-jag1a used for overexpression are similar. This suggests that we are working within a physiological range. Mathematical modelling predicts that if cis-inhibition is down-regulated, there would be no patterning.

Cooperativity has been shown to facilitate patterning, and that would lead to less stringent conditions for the Kcis/Ktrans values. While we cannot exclude small levels of cooperativity in our system, experimental observations have shown only modest Hill coefficients for Notch signaling (Sprinzak et al., 2010), suggesting that there is not a high level of cooperativity in this pathway.

It would be really interesting to explore how the dynamics of patterning are affected by the overexpression of the components of the GRN. We have observed that after jag1a/her6/her9 overexpression, notochords do not seem to be very affected. Probably, when we force some cells to become jag1a+ (vacuolated) or her6/her9+ (sheath), the lateral inhibition GRN promotes a different fate in the neighbouring cells, rebalancing the local proportions of cell types.

We do not think that vacuole growth has a direct role on patterning, because Notch patterning occurs just before vacuole growth. However, it would be really interesting to explore how vacuole pressure affects cell organization in the notochord.