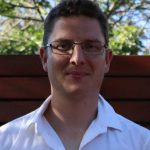 Cell specification in the embryo or during embryonic stem cell differentiation requires fine tuning of signalling pathways such as WNT and TGFβ. The canonical WNT pathway acts through dephosphorylation and liberation of β-Catenin (βCat) – from the Axin/GSK3β destruction complex – which becomes available for nuclear translocation. Once in the nucleus, βCat binds TCF/LEF partners to activate its target genes such as WNT3, Brachyury (T), EOMES and LEF1. Despite many years of study across multiple species, many aspects of the WNT signalling pathway remain to be discovered, such as the link between the dynamics of its expression (including ligand concentration dependence), the timing of activation and the persistence of the signalling, and cell fate during differentiation. This study attempts to model WNT regulation in the embryo by using reporter human embryonic stem cell lines followed by fine-tuning of multiple signalling pathways. The authors bring new insights on how WNT pathway may act in synergy with Activin A and BMP4 both members of the TGFβ signalling pathway.

The study started by engineering a βCat GFP fusion protein hESC reporter line to track the translocation of nuclear βCat by time-lapse microscopy upon different WNT condition. After characterising the new transgenic lines, the authors studied the effect of WNT3A addition at different concentrations. They were able to observe an adaptative response of βCat translocation to the nucleus up to a saturating point (at 300ng/mL): the WNT pathway activation peaked between 2 and 8 hours post addition but went down after 10hrs, then plateaued. Moreover, above 30ng/mL the plateau expression of nuclear βCat was at a higher level than that of unstimulated cells, suggesting that the WNT signalling remained activated for 24hrs post stimulation when high concentrations of WNT3A are added. This result was confirmed by using multiple hESC lines. Of particular note, stimulating WNT pathway by adding CHIR099 resulted in a different signaling dynamics: nuclear βCat increased upon addition of the chemical but, instead of dropping like in the WNT3A condition, it plateaued with a mildly increasing slope for at least 24hrs post-simulation. This result has important implications for developmental biologists using CHIR099 as a WNT agonist.

In the gastrulating embryo, WNT and TGFβ signalling activity overlap, suggesting a possible effect of TGFβ signalling on nuclear βCat levels. To test this hypothesis, cells were grown in the presence of either Activin A or BMP4 with WNT signalling inhibitors (either DKK1 or IWP2 or both). Activin A alone was able to trigger WNT signalling but this signal was shut down by the addition of IWP2. Conversely, BMP4 action on nuclear βCat was not completely shut down even when the medium was supplemented with both IWP2 and DKK1, suggesting an independent role on βCat. Adding Activin A or BMP4 on top of WNT3A increased the total amount of nuclear βCat 20hrs post-stimulation. These results are critical for understanding gastrulating events in the primitive streak where both signalling pathways intersect. It is therefore possible that Massey and colleagues have identified the mechanism that lead to extra-embryonic ectoderm BMP signalling triggering WNT. Once WNT is activated it might be self-maintaining.

Altogether, this study brought new evidence on cross-talking effects of the main signalling pathways involved in the gastrulation process. It becomes clearer that not only Wnt ligands are triggering the increase in nuclear βCat.

I chose this article because of my interest in understanding WNT activity in gastrulating cells (embryo and stem cells). The authors caught my attention by studying the synergy between multiple signalling involved in this important stage of development. I have always been convinced that the cascade of signalling is not a simple arrow going down on a diagram but rather a massive furball of intricated signalling pathways.

Heemskerk, I., and Warmflash, A. (2016). Pluripotent stem cells as a model for embryonic patterning: From signaling dynamics to spatial organization in a dish. Dev. Dyn. 976–990.

Pierre Osteil: You mentioned that the next step would be to design similar experiments on gastrulating cell using micropatterned gastruloids. Could you speculate on what they expect to happen?

Joseph Massey: Our preprint represents a systems approach to understanding Wnt/βCat signaling dynamics. We aimed to understand how Wnt ligand dynamics affect βCat dynamics in a simplified environment, having removed as many sources of variability as possible. We then varied cell culture and signaling parameters in a controlled manner (such as cell density, the presence of endogenous Wnt ligands, and commonly used stem-cell culture reagents such as Rock Inhibitor), and measured the resulting b-catenin dynamics. From there we focused on primitive-streak differentiation, and assayed how other variables like TGFβ and BMP ligands affect the Wnt/βCat signaling in this context. Obviously, this would be very difficult to do in a developing embryo for a variety of reasons.

That being said, this approach cannot functionally address patterning mechanisms, since by design, patterning does not occur in these experiments. However, a major goal of ours is to understand how signaling dynamics relate to patterning mechanisms, and for that we need to do experiments in a system where patterning occurs. To approach these questions, we can use our GFP-βCat reporter to measure endogenous signaling in space and time in imaging-friendly model organisms, or in cell culture models that exhibit self-patterning (such as micropatterned gastruloids, organoids, etc). To really understand the link between signaling and patterning in these systems, we need to not only observed the signaling during patterning but to perturb it. This allows us to determine which aspects of the signaling trajectories matter for each cell type. In embryos, the tools to perturb signaling are typically blunt (for example, genetic knock-outs are all or nothing). In contrast, the advantage of self-patterning cell-culture systems is their ease of manipulation. In these systems signaling can be fine-tuned with the addition of small molecules or recombinant proteins at precise timings, allowing researchers to probe the function of the observed signaling dynamics.

Our lab has developed a micropatterned gastruloid model where these questions can be approached (Heemskerk and Warmflash, 2016; Warmflash et al., 2014). In the future, we can use this model to understand the signaling dynamics of the major pathways necessary for germ layer patterning and test which features of this signaling is important through functional perturbation. We will take these insights back to the simpler un-patterned cell-culture systems, like the one is this preprint, and test whether recreating these signaling dynamics is sufficient to drive differentiate to each cell-type. This highlights a major advantage of stem cell systems: researchers can choose whether experiments are done in conditions where self-organization does, or does not, occur.

PO: Do you plan on studying other WNT ligand such as WNT3?

JM: We have wondered whether βCat dynamics in response to WNT3 are the same as to WNT3A, or more generally, whether there are ligand specific dynamics. Unfortunately, commercial sources of recombinant WNT3 are limited, and its activity is lower than that of WNT3A, which could cloud interpretations. Nonetheless, we are currently looking into this.

However, I do not expect to see significant difference between WNT3 and WNT3A. First, WNT3 and WNT3A are rather similar proteins (84% homology). Second, we know that WNT3 transcripts are induced downstream of WNT3A (unpublished), yet at saturating WNT3A the inhibition of Wnt secretion using IWP2 has no effect (Supplemental Fig. 5), arguing that the presence of endogenous WNT3 is at least not additive when sufficient WNT3A is present.

PO: During the use of CHIR099, have you pushed the experiment for longer? Is the stabilised/low increasing level of WNT signalling after CHIR099 addition due to the time needed to regenerate the GSK3β destruction complex or is it a result of CHIR099 being a more stable chemical?

JM: We have not examined the effect of CHIR099 treatment beyond 24 hours of treatment, but you can see from our data that βCat levels are highly stable after 6 hours. Our interpretation is that the signaling is stable with CHIR (but not Wnt) because it activates signaling in the pathway downstream of where the delayed negative regulation responsible for Wnt adaptation acts. We know that this negative regulation has both intra- and extra-cellular components, and it is possible that the stability of Wnt is part of the extra-cellular adaptation, however, it could also be extracellular inhibitors such as Dkk1 and/or any other negative regulators upstream of GSK3b. We can unequivocally state that the stability of Wnt does not contribute to the adaptation observed at saturating doses of Wnt.

PO: It looks like Activin A and BMP4 lead to a slow but continuous increase of nuclear βCat. Thus, this would explain the additive effect in figure 6C and E since the differences between both conditions happens after 15h. On these plots IWP2 is added. Have you tried to do the same without IWP2?

JM: We have performed experiments with IWP2 alone, and it has no effect on the baseline in non-treated cells, and only affects the level of signaling after adaptation when sub-saturating Wnt is used (Supplemental Figure 5). Additionally, had IWP2 decayed below saturation throughout the course of this experiment, you would expect to see an exponential increase in βCat signaling in response to BMP+IWP2 alone in Fig 6B, but this is not the case.

PO: If the amount of nuclear βCat doesn’t change then you will be sure that the TGFβ signalling acts through a WNT independent pathway. Also, you might need a control with IWP2 only, as the re-enrichment of nuclear βCat might be due to the decreasing concentration of IWP2.

JM: There is no additional signaling when the Wnt dose is saturating, but there is when the Wnt dose is sub-saturating. To be clear, we are not claiming that TGFβ does not induce Wnt-ligands, which has been extensively documented (references from PO: (Attisano and Labbé, 2004; Coster et al., 2017)), and is the reason why we see enhanced signaling when removing IWP2 when treating with BMP or Nodal (Fig 6 A-B). What we are claiming is that not all βCat activation by TGFβ can be accounted for by its induction of Wnt-ligands alone, which is why adding IWP2 and DKK1 only partially downregulates the response