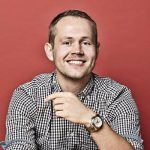 The formation of paired appendages in general, and limbs specifically is a crucial adaptation, which provides mobility to animals. The correct positioning of the limbs along the AP axis is essential for a robust body plan and any deviation severely impedes the mobility of an animal. As such, while remarkable variation exists in the positioning of the limb across species, their position is highly robust within any given species. The positioning of limb outgrowth correlates with specific regions of the spine. The spine can generally be divided into 4 regions; cervical, thoracic, lumbar, and sacral. Across tetrapods forelimb outgrowth occurs at the level of the cervico-thoracic boundary, while hindlimb outgrowth occurs at the level of the lumbo-sacral boundary. It is well understood that AP identity is provided by the phenomenon of Hox collinearity and as such directly controls vertebral identity. Therefore, Hox collinearity was long suspected to instruct the positioning of limb fields ( for reviews see Tanaka 2013, Tanaka 2016, Tickle 2015) but was never formally shown. Now for the first time, Chloe Moreau and colleagues combine classical comparative anatomy with advanced over-expression studies to provide direct evidence that Hox code identities instruct limb field positioning.

In their preprint Moreau and colleagues use classical chicken embryological studies to find that the position of the forelimb bud is already specified by the end of gastrulation. They took advantage of the tissue grafting amenability of the chicken and show that a forelimb region grafted in an inter-limb position (and vice versa) results in the limb bud appearing in an interlimb position. Specifically, HoxB4, HoxB7, and HoxB9 were identified to be sequentially expressed in the epiblast as the forelimb position is specified. The activation of HoxB4 and inhibition of HoxB9 was sufficient to induce a limb field in the inter-limb region. These data suggest that HoxB4 and HoxB9 act together to specify the position of the fore-limb in chicken embryos.

If this was indeed true, this should be conserved across species. While mammals show very little variability in the positioning of the fore limb, in birds there is significant variability. Chickens consistently form their limbs at the 15th vertebra, while zebra finches and ostriches do so at the 13th and 18th vertebra, respectively. Taking advantage of this fact, it was expected that Hoxb4 and Hoxb9 expression is shifted anteriorly in zebra finches and posteriorly in Ostriches. Indeed, Hoxb4/Hoxb9 boundaries are shifted and this is consistent with the specification of the limb field.

In a final heroic effort, the authors attempted to shift the boundary of Hoxb4/Hoxb9 expression by modulation of retinoic acid (RA) activity. The RA metabolizing enzyme, Cyp26a1, is known to modulate Hox gene activities. Cyp26a1 has variable expression domains in chicken, zebra finch and ostrich consistent with their variable specification of the forelimb. Indeed, the authors found that modulating RA activity, by either supplying exogenous RA or an RA antagonist shifts the Hoxb4/Hoxb9 boundary. Consistent with the observations made in ostrich and zebra finch embryos exogenous RA shifts the Hoxb4/Hoxb9 boundary and the subsequent limb field posteriorly. Conversely, the inhibition of RA activity results in a posterior shift of the Hoxb4/Hoxb9 boundary and the associated limb field.

Taken together the authors convincingly show that the activation of Hoxb4 and repression of Hoxb9 are sufficient to induce the formation of the forelimb field and are responsible for the variability observed across bird species.

This work takes advantage of the natural variability seen in the limb positioning of avian species. The authors use this variability to validate a long-suspected mechanism. The work is done rigorously showing both necessity and sufficiency, through several independent lines of work. Like any good piece of research, it answers one question while opening up several more.

While the authors convincingly show how the expression domains of Hoxb4 and Hoxb9 specify the Tbx5 positive limb field, and thus specifies the position of the future limb. It makes me wonder if the authors attempted more longitudinal studies to see whether a shifting limb field also changes further downstream processes such as skeleton formation and nerve innervation. Also, is this a general mechanism which applies across all species with paired appendages or is it restricted to avian species or tetrapods? Given that Hox collinearity is an ancient patterning mechanism also seen in insects and jawless vertebrates, I would suspect that appendages in general is likely dependent on similar mechanisms and should thus also apply to both bony and cartilaginous fish. As such it would be interesting to see if the findings reported here also apply to skates. Skates are members of the cartilaginous fish family and have dramatically enlarged pectoral fins. If a similar mechanism applies in specifying the pectoral fin field in skates, one would expect a relative expansion of the hoxb4 domain, while Hoxb9 should be shifted further posteriorly. This should result in a wider fin bud allowing for the subsequent expansion of the pectoral fin domain.