Necessary, or unnecessary, that is the question: Nidogen is not essential for overall Drosophila morphogenesis and viability, but required for proper basement membrane assembly in certain tissues. 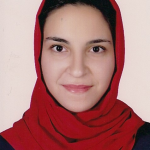 Basement membrane (BM) is a specific form of the extracellular matrix lining the basal side of the epithelial and endothelial tissues. The main BM constituents (i.e. laminin, collagen IV, perlecan and nidogen) have been conserved across evolution. The proper composition and structure of basement membrane is essential for correct tissue growth, organisation, differentiation and maintenance. Different BM components play distinct roles in its assembly and maintenance: it has been shown that laminin is required for incorporation of collagen IV into the BM, which will then help determine tissue shape, first by imposing a mechanical constriction on the cells and second through recruitment of perlecan that counters the constrictive effect of collagen IV1. However, the role of nidogen in BM assembly and maintenance is still not well understood. Indeed, in vitro studies propose that nidogen acts as a linker between laminin and collagen IV networks, thus playing a key role in BM assembly. On the other hand,  in vivo experiments have shown that loss of the only nidogen gene in C. elegans2 or either of the two nidogen genes in mice3, 4 does not affect BM assembly, organogenesis or survival, while simultaneous loss of the two genes in mice have shown to be lethal due to tissue-specific BM defects5. The authors of this preprint have investigated the role of nidogen in BM assembly of different tissues, using Drosophila as a model system.

Invertebrates, including Drosophila have only one nidogen gene. Developing a new anti-nidogen antibody, Dai et al. show that nidogen is found in the BM of most embryonic, larval and adult tissues. Interestingly, they also show that depending on the type of embryonic tissue, nidogen is assembled in different patterns. For example, while nidogen is present in continuous linear structures around muscles, gut and the ventral nerve cord (VNC), it has a dotted pattern along the visceral mesoderm (Fig. I). The authors identify fat body and blood cells as the main sources of nidogen, although some tissues (e.g. VNC) could produce their own nidogen.

To ask whether nidogen is required for animal morphogenesis, Dai et al. create a series of nidogen mutant lines using CRISPR/Cas9 technology. Nidogen elimination does not have an effect on viability and overall organogenesis, but leads to reduced fertility, similar to previous observations in C. elegans and in contrast to nidogen double-knockout mice. This suggests that some functions of nidogen might be specific to vertebrates. Next, the authors look for tissue-specific defects due to nidogen loss. They find that although nidogen loss does not affect BM in most tissues, it leads to lack of integrity in the BM of the larval fat body and adult flight muscles (Fig II). In addition, laminin and collagen IV networks appear uncoupled in the fat body BM of nidogen mutants, in agreement with in vitro studies suggesting a role of nidogen as a linker between these networks. This was further confirmed by a detailed functional analysis of the different nidogen domains.

Finally, the authors investigate the dependency of nidogen incorporation into the BM on the other BM components. They find that the nidogen assembly requirements are tissue-specific: while only laminin is required for nidogen incorporation into the BM of embryonic gut, muscle and VNC tissues, both laminin and collagen IV are required for nidogen assembly in larval fat body.

Nidogen is one of the four main BM components, whose role in BM formation and maintenance is not well known. This is partly due to seemingly contradictory observations from various in vitro and in vivo studies. Looking at different tissues during Drosophila development, Dai et al.  show that nidogen structure, assembly and function is tissue-specific, which could explain its vitality for development of some tissues, and its dispensability for some others.

This preprint shows that nidogen assembly and function is tissue-specific. It would be interesting to investigate why loss of nidogen affects larval fat body but not many other tissues. This preprint shows that the nidogen organisation is also tissue-specific. Could this organisational difference (e.g. continuous mesh-like structure in the fat body versus dotted pattern in visceral mesoderm) explain the effects of its loss in some tissues, but not others? It would also be interesting to investigate whether nidogen acts as a linker in tissues other than the fat body.