Astrocytes can be reprogrammed to be neurons, but not any neuron! They show a preference for their “close neighbours” identity 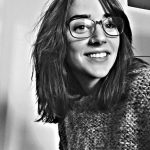 The brain holds an astonishing cell type diversity of both neurons and glia across different regions. Understanding this diversity and the reprograming potential from one cell type to the other will be instrumental for the development of regenerative therapies after brain injury. The brain regional diversity arises during embryonic development when progenitors from different regions activate specific transcriptional programs. We know that neurons born in the same area at a similar time tend to be similar to each other, at least at the level of gene expression. There is evidence that this might be also the case for other brain cell types like astrocytes1 . Given that neurons and glia often originate from the same progenitors2, do they share transcriptomic profiles? If so, is this similarity brain region-specific? In their last preprint, Herrero-Navarro et al. explore these questions by comparing astrocytes and neurons from developing cortex and thalamus in mice. The authors show that neurons and astrocytes share region-specific transcriptomic and epigenetic signatures and are clonally related. They also perform astrocyte-to-neuron reprogramming and find that their new identity matches that of their close “neuronal siblings”.

The authors first isolated astrocytes from different regions of P7 mice brains using a GFAP::GFP reporter mice line. They dissected the cortex (primary somatosensory region, S1) and three nuclei of the thalamus (dorsolateral geniculate dLG, ventral posteromedial VPM and ventro-medial geniculate MGv nuclei), processed the samples in a fluorescence-activated cell sorter, which isolated GFP-GFAP-positive astrocytes and performed bulk RNA-sequencing for each of the regions (Fig.1). Differential expression analysis between thalamic versus cortical samples showed that genes enriched in thalamic astrocytes are quite similar to genes normally expressed in thalamic neurons (Gbx2, Tcfl2, Rora, Lef1), while genes enriched in cortical astrocytes are reminiscent to those expressed in cortical neurons (Tbr1, Neurod6, Citip2, Satbt2). Additionally, they performed RNA-seq in thalamic neurons (Gbx2::tomato mouse line) from the same three nucleus and they analysed a published dataset of cortical neurons (Figure 1), confirming the high degree of similarity between top-enriched genes of neurons and astrocytes of the thalamus (37%) and between neurons and astrocytes from the cortex (17%). Analysis of a recent single cell dataset in juvenile mouse containing both neurons and astrocytes from the cortex and thalamus3 confirmed their findings. Interestingly, they also show that astrocytes and neurons from the three different thalamic nuclei cluster separately in PCA plots, meaning that their transcriptional signatures are also nucleus specific.

The authors next explore the clonal origin of neurons and astrocytes in the thalamus by performing a series of in utero electroporation with a battery of plasmids encoding different fluorofores under the control of GFAP promoter, following transposase mediated integration (“StarTrack”4 for the specific labelling of astrocytes) or a ubiquitous promoter. They electroporated at E11.5 and analysed the distribution of the clones at P8. They observed that both astrocyte-only clones and mixed clones (containing both astrocytes and neurons originated from the same progenitor) tend to remain in the boundaries of a given nucleus. This means that the similarity observed in the transcriptional signatures of astrocytes and neurons of the same regions can be explained by their shared clonal origin and their little dispersion throughout development. Moreover, these experiments also show that the positional identity of neurons and astrocytes is acquired at early developmental stages and retained postnatally.

Astrocytes can be reprogrammed to become neurons, but not any neuron, they specifically form neuronal types that closely resemble their anatomical neighbours. And this ability is cell-autonomous.

The authors next tested the ability of astrocytes to be reprogrammed to neurons following a previously published strategy that involves Ngn2-Bcl2-mediated neuronal induction5. Taking advantage that retroviruses only transduce proliferating glia at the stage they performed the experiment (P3), they first injected the retroviral vector in cortex and thalamus and found that newly reprogrammed neurons express their corresponding cortical or thalamic molecular markers (Fig. 2).

They even went further and tested this with astrocytes from different thalamic nuclei, finding that their reprogrammed neuronal identity reflects their nucleus of origin.

When trying to reprogram cortical astrocytes to thalamic neurons by using a thalamic fate determinant (Gbx2) in combination with Ngn2, they only caused a partial fate redirection, since only some thalamic signature genes were increased in these induced neurons.

These results indicate that, no matter what their environment is, astrocytes have an intrinsic tendency to form neurons of the same tissue. Finally, the authors find that epigenetic “primed” signatures inherited from progenitors could explain the differential induction potential of astrocytes born in different tissues, up to the level of different thalamic nuclei.

Why I find this preprint interesting

This preprint caught my eye because it deals with a very fundamental question in Developmental Biology (cell type specification, fate commitment and fate flexibility), and produces novel evidence with important biomedical implications. The authors’ assessment of fate flexibility of astrocytes is very elegant and proves they have the potential to become the neurons that surround them. This, I believe, makes them excellent targets for neuroregenerative therapies after brain injury.