Always look on the bright side of the brain: @Petersen et al. engineer BLING, the first bioluminescent indicator for neurotransmitter imaging 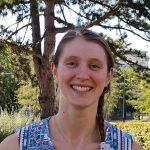 The development of optical biosensors allows scientists to study neuronal activity by investigating changes in membrane voltage or neurotransmitter concentrations. However, most of these sensors are based on fluorescence and thus require an excitation light source. This presents some problematic constraints on optical biosensor technology, for example (i) limited imaging depth in the brain due to light scattering, (ii) cell damage by the laser beam, (iii) need for invasive hardware implantation such as fibres for excitation, and (iv) photobleaching of fluorescent indicators. One solution to circumvent these problems is the use of bioluminescence (Fig. 1B).

Bioluminescence, or “biologically” induced light, is produced by enzymes such as luciferase, which is found in fireflies, beetles, worms and marine creatures. Luciferases oxidize their substrate luciferin or coelenterazine (CTZ) to a luminescent molecule (coelenteramide) leading to the emission of light (1). In recent years, researchers have developed numerous synthetic luciferase variants. These include split luciferases, which are “turned on” when two halves come together, for example in response to an analyte. Although bioluminescence is already used for imaging purposes, such as visualizing calcium dynamics (2), no bioluminescent neurotransmitter indicator has been described to date.

In this preprint, the authors aimed to develop a genetically encoded bioluminescent neurotransmitter indicator. Petersen et al. chose glutamate as the analyte, since it is one of the most abundant neurotransmitters in the central nervous system, and is important for movement, behaviour, pain perception and mental health. Furthermore, the previously developed glutamate-sensitive construct SuperGluSnFr, which is based on the glutamate binding protein Glt1, is a perfect example of a sensor construct compatible with a split-luciferase, and demonstrates the wide applicability of the genetic optimisation techniques used in this study (3) (Fig. 1A).

These three variants – named BLING (BioLuminescent Indicator of the Neurotransmitter Glutamate) 0.1, 0.2 and 0.3 – were transfected into HEK cells for testing. After sequential addition of luciferase substrate CTZ and glutamate to the extracellular milieu, the bioluminescent signal was measured with a plate reader. BLING 0.2 was found to be the brightest sensor, and thus its structure was further optimised by varying the 3-amino acid segment around the Glt1 region. For this linker optimization, Petersen et al. created a library consisting of about 400 variants with different linkers containing A, S or P (Ala, Ser, Pro). Screening these constructs revealed a variant they named BLING 1.0 as the sensor with the brightest response to 1 mM glutamate (Fig. 2B), which could efficiently report glutamate concentrations in a dose-dependent manner in a 96-well assay format.

This preprint is a wonderful example of how to use pre-existing resources to create something new. It’s great to see how known constructs can be combined and optimised to help evolve an underdeveloped technique: bioluminescence; and with a pathologically important application: deep brain imaging. Furthermore, BLING 1.0 has multiple possible applications beyond recording neuronal activity, for example in drug screening of fluorescent compounds, where screening with a fluorescent readout is incompatible, or as activators of light-sensitive proteins, with future applications in the treatment of neurological disorders. Above all, it can serve as a model for the development of various other bioluminescent neurotransmitter indicators that use other analytes, such as glycine or GABA. It is also worth mentioning here that the authors have made BLING 1.0 readily available to the scientific community – so if you are interested you can test it in your own setting.

We are currently testing BLING in rodents for reporting changes in brain activity.

These are two different luciferin molecules. Both are derivatives of the marine luciferin Coelenterazine. Both give a very bright signal however the signal from hCTZ decayed very quickly with the perfusion setup we used for microscopy and Furimazine provided a very stable signal over time. There is also a variety of other synthetic luciferins that will also work with BLING.

The time resolution for microscopy will vary depending on the setup used. Bioluminescence generally produces a dimmer signal than fluorescence. For our experiments we used 1 second exposure times as a starting point, however based on the brightness of BLING we expect to have success with much shorter exposure times allowing for time resolution in the 10s of milliseconds or less. The brightness of the luminescent sensor is also determined by the concentration of luciferin use. In our experiment, the concentration was relatively low, leaving room to increase the brightness, allowing for faster acquisition times.

At this point, I expect BLING and iGluSnFr to perform similarly when recorded at the single cell level with a microscope in terms of their response to changes in glutamate. I believe the reason that bioluminescent reporters perform better with bulk measurements is due to the lack of background or noise that is present with fluorescent imaging modalities such as autofluorescence. With bioluminescence, there is no signal that can be produced by the cells themselves outside of the reporter that we are imaging. Its not that the signals are weak for the fluorescent reporters, more so that the detectable change in brightness is less prominent with bulk measurements in cell cultures which I believe can be largely attributed to autofluorescence from the cells.

BLING 1.0 was derived by screening a library containing semi-random linkers which vary in flexibility. The parental construct contained two flexible linkers and the top performer from the library contained one rigid linker and one flexible linker. We also sequenced the next four top performers from the library which were all similar with linker one being rigid and linker two being flexible.