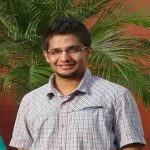 Organ formation during embryonic development is a complex process involving multiple coordinated steps such as fate specification of cells, differentiation and morphogenesis. Historically, the knowledge of human organogenesis is derived from model organisms such as mouse, chick, Xenopus etc. While these studies have been extremely beneficial, species specific differences make it impossible to study human specific aspects of development using model organisms. However, over the past decade developments in organoid technology has provided a breakthrough to model human organogenesis in dish. Organoids are three-dimensional self-organized structures developed from pluripotent stem cells (PSCs) or tissue-resident stem cells, which structurally and functionally mimic several aspects of equivalent organs. Such organoids have played a critical role in understanding the fundamental biology of organogenesis as well as in modelling disease conditions. The scope of organoids potentially extends to high-throughput drug screening, regenerative medicine and personalized medicine. Because of their diverse applications and benefits, organoids equivalent to most of the major human organs have been developed, including the liver, pancreas, gut and brain. Despite several attempts, generating a self-organized heart organoid hasn’t been achieved untill now. In this exciting study, Hofbauer, Jahnel and Papai et al., reports for the first time, a novel method to develop self-organized human heart chamber-like structures, which they call cardioids.

Several research groups have previously attempted to develop 3D cardiac models using embryonic PSCs as well as synthetic approaches to develop artificial heart models. However, a major drawback of these systems is that they fail to recapitulate key morphogenetic events to pattern into in vivo heart like morphology. This is overcome by cardioids which undergo various aspects of cardiac morphogenesis, including the formation of a heart chamber cavity. Using this system, the authors have also deciphered a key network of signaling molecules and transcription factors regulating their morphogenesis.

The majority of cardiac tissues are derived from a specific lineage within the mesoderm lineage called cardiac mesoderm, which emerge early during gastrulation. Following the signaling pathways regulating heart development, human pluripotent stem cells can be differentiated into cardiomyocytes (CM) in vitro by the addition of a combination of growth factors and modulators of signaling pathways mimicking the in vivo developmental trajectory. Using this strategy, a protocol previously developed by Mendjan et al., 2014 (the lead author of this preprint) allows to obtain human CM with greater than 90% efficiency. In the current study, this in vitro CM differentiation protocol has been used, to screen for molecules promoting the morphogenesis to form 3D heart like structure. This revealed that the extra-cellular matrix (ECM) proteins regulating mesoderm development, i.e., Laminin 511 and Laminin 521 can induce cardiac like morphogenesis when added during CM differentiation. Strikingly, when CM differentiation is performed entirely in 3D in non-adherent cultures, the cells self-assemble into cardiac-like structure without the aid of exogenous ECM proteins, thereby forming Cardioids. Cardioids also form cavities which morphologically closely resemble the cavities of heart chambers. A detailed and extensive characterization of 3D-cardioids and the 2D-system reveal comparable differentiation and gene-expression profile. The gene-expression profile of both 2D system and the cardioid closely resembles that of the primary heart field, an embryonic precursor to the heart tube. However, the major difference between the cardioid and the 2D system is reflected in differential expression of structural and organizational genes that are enriched in the cardioids, thus highlighting the increased functionality in the cardioids.

Video 1: An example of beating cardioids derived from human pluripotent stem cells (This video is borrowed from the preprint)

Histological characterization of cardioids further reveals that their morphogenesis occurs autonomously without the assistance of any noncardiac cells, thus demonstrating their intrinsic self-organization potential. This is reminiscent of in vivo heart morphogenesis which can also occur independent of physical interactions with neighboring tissues such as the foregut. These analyses suggest that cardioids provide a highly reproducible and scalable model recapitulating multiple aspects of cardiac differentiation and morphogenesis.

One of the major benefits of cardioids is increased throughput of differentiation. This allows screening of large number of molecules in various combinations, in various doses and at different time of differentiation, to test their effect on cardioid formation or function. The subsequent part of this study demonstrates the power of cardioids in deciphering the mechanistic basis of cardiac morphogenesis by such combinatorial screens combined with other techniques such as comparative bulk or single-cell RNA sequencing of differentially treated cardioids. In this study, the authors mainly focus on screening molecules regulating cavity formation and multicellular fate-specific self-organization. This screen reveals that morphogenesis of cardioid cavities is regulated by a network of Wnt and BMP signaling pathways. Comparative RNA sequencing between cardioids cultured in high and low Wnt conditions further reveals that these pathways work via a key cardiac-related transcription factor Hand1. This analysis further reveals that dosage of Wnt during differentiation along with VEGF signaling regulate the proportion of various cell populations such as CM and endothelial cells (EC) and further regulate the sorting of these populations into a distinct compartment to pattern the cavity forming cardioids. In this study, authors further deeply characterized the cardioid system to benchmark the identities of the various cell populations. Finally, using this system, the authors have successfully modelled yet another in vivo heart like morphogenetic event called epicardial engulfment by combining cardioids with the epicardial aggregates.

Because of the absence of bona fide stem cells in the adult heart, developing heart organoids has been a great challenge in the field. Though several protocols have been established to differentiate beating cardiomyocytes from human pluripotent stem cells, this pioneering study reports a self-organizing 3D in vitro model of human heart with several morphogenetic features resembling in vivo heart development.  Like most other organoid models, cardioids are amenable to easy and complex experimental manipulations. This allows to perform in depth studies to get insights into human heart development, morphogenesis and physiology. Another great advantage of this system is that, differentiation is easily scalable to perform high throughput screenings. The preprint already demonstrates the potential power of this model by the screening and detailed characterization experiments which provide some mechanistic insights into several morphogenetic processes underlying cardioid development.  With the data presented, I strongly believe that the cardioid model opens novel avenues to understand and treat heart diseases and in the long term could have strong impact on gene therapy and personalized medicines to treat heart diseases.

Questions to the Author:

1. The co-culture of cardioid and epicardial aggregates demonstrates the ability of cardioids to physically interact with closely related cell-types to undergo further morphogenesis. In such a context, would it be possible to combine cardioids with cardiac neural crest cells and/or cardio-pharyngeal mesoderm to obtain higher-order cardiac organoid?

SM: In principle, secondary heart field derived cardiac mesoderm could be indeed added to the cardioids, during differentiation. However, the timing of addition of these cells is crucial to induce self-organization mimicking embryonic development. Considering this, addition of cardiac neural crest could be challenging, as this process happens in an extremely short time-window of time in the embryo during the development. Determining this window of neural crest invasion in the cardioid would be challenging, but something exciting to try in the future.

2. It is interesting that EC and CM differentiated separately can’t pattern into distinct layers when combined. However, formation of intermingled EC network in these aggregates suggests the presence of some level of patterning in these aggregates as well. Could the failure of formation of distinct layers be because of lack of Wnt-VEGF axis in it? Can the patterning be induced by the treatment of EC-CM mixed aggregates with VEGF treatment?

SM: While formation of EC network represents a form of self-organization, this is not what happens at the earliest stages of heat tube formation. Formation of such endothelial network could be observed in multiple organoid systems, but in early heart development separate endothelial and myocardial layers are formed before EC networks within the myocardium.

3. I am fascinated by the potential applications of Cardioids. I would be grateful if you could share your views on applications and limits of the system.

SM: The biggest advantage of Cardioids is that, they recapitulate multiple aspects of cardiogenesis during the embryonic development. In addition, the cardioid differentiation does not involve complex bio-engineering steps. Therefore, these are scalable and can be experimentally manipulated easily. Also, the complexity of Cardioids can be tuned depending on the questions that we want to address. Considering these advantages, Cardioids could serve as a powerful model to dissect the roles of different genes during Cardiogenesis.

Mutations in many different genes encoding different subclasses of proteins (transcription factors, signaling mediators, structural genes, etc.) underly cardiac defects. Cardioids can shed light on mechanisms underlying pathogenesis of these diseases. Note that many of such studies can’t be performed using model organisms such as mouse. Because, while the major players of the network are conserved between mouse and human in cardiogenesis and disease, the specific roles of the players can be different between model organisms and humans.