If you grow up alone, you like being alone: Zebrafish that develop in isolation avoid their own kind during larval stages. They do so by detecting other fish via mechanosensation and vision. 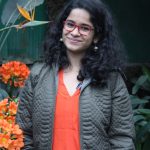 Social interactions are a key part of the behavioural repertoire of an animal. They help organisms in a myriad of ways and can be observed in species across the animal kingdom. These can be interactions between solitary individuals, like those among pairs of mating birds1, or within social groups, like the communication between foragers and receivers in a honeybee colony2. Many of these behaviours are based on social experiences that animals are exposed to early in their life. This observation is further consolidated by social isolation studies done in mammals3, insects4 and songbirds5 that show that lack of social experiences during initial stages of development can have severe detrimental effects on the behavioural development of the animal. Some key examples of effects of social deprivation include decreased cohesion during shoaling in fish6, inability to learn proper song structure in songbirds5 and acute autistic symptoms in monkeys3. Though all these studies highlight the importance of social experiences, none have probed the underlying mechanisms. Areas that are largely unexplored include neural circuits involved in social interactions, their development with and without the presence of social cues and their functioning in relation to social behaviours.

Zebrafish (Danio rerio) is an excellent model that allows the exploration of all the above. It is not only amenable to behavioural experiments, but also provides the opportunity to observe and manipulate neuronal activity while the animal is alive and behaving. This preprint reports how social isolation in newly born zebrafish embryos leads to social avoidance behaviour and methodically determines the sensory organs essential for the behavioural phenotype.

Studying the effects of social isolation is difficult in many animals due to confounding effects of maternal care. The authors circumvent this problem by using zebrafish larvae, which develop oviparously and without parental care. They isolate zebrafish embryos (ISO) from 0 days post fertilization (dpf) and observe the effects on larval interactions.

When tested in groups or in pairs, ISO larvae maintained a larger area of avoidance from other larvae as compared to larvae raised in groups (GR), by changing their swimming behaviour. Zebrafish larvae swim using short bursts of tail movements known as “swim bouts”, which are of 13 types. ISO larvae use five bout types which are usually initiated at close quarters, but at larger inter-fish distances, essentially trying to avoid each other. Interestingly, these bout types are also the ones which let the fish swim longer distances. Among these five categories, ISO larvae exhibit a higher tendency to use short latency C-starts (SLCs), a form of high acceleration, escape swims.

When tested in social and solitary contexts, ISO displayed avoidance behaviour only with other larvae present, but exhibited locomotory defects in both conditions. They swam fewer bouts per minute with longer bout durations. In order to tease apart the effects of social deprivation from general locomotory changes, the authors induced the different phenotypes separately. Inducing GR-larvae to swim fewer and longer bouts did not affect social avoidance. Conversely, reducing locomotory defects in ISO still led to increased avoidance area and usage of SLCs, indicating that general locomotory defects are not responsible for the social deficits observed.

Going ahead, the authors hypothesized the involvement of vision and mechanosensation in bringing about the observed changes and systematically tested the effects of removing each of these senses on the behaviour. With both senses intact, they observed that most SLCs were initiated when larvae had another larva behind them, possibly stimulating the lateral line organ along the tail. While ablation of LL led to ISO larvae showing no increase in avoidance area or probability of SLC usage, removal of vision only nullified avoidance area difference.

Next, the authors provided stimulus of varying sensory modalities to see which could capture the effects of isolation on the swim bouts. Stimulating vision did not elicit any change in bout type usage in ISO fish. But, as predicted, simulating other fish swimming in the arena using vibrations led to an increased usage of SLCs in ISO larvae, confirming that LL sensing is sufficient to explain the differences.

In conclusion, social isolation in zebrafish leads to avoidance of conspecifics, likely due to hyperactivity of lateral line sensory circuits. This could be explained by the lack of sensitizing stimulus during critical periods of development.

1. What do you think will happen if larvae are raised in isolation, but with randomly spaced piezo driven vibrational stimulus? Will that be enough to sensitize them?

We agree that it would be very interesting to raise socially isolated larvae in the presence of mechanosensory stimuli. This would potentially allow us to parse apart which kind of mechanosensory information is sufficient for developing regular social avoidance reactions. For instance, one could imagine that water flows which are unlike those caused by the swimming of a conspecific would not be sufficient, while fish-like stimuli (bouts of oscillatory, local water movements, such as we used in our piezo assay) would ‘rescue’ the effects of social isolation. Another exciting experiment would be to compare mild stimuli with escape-inducing stimuli to understand if the effect is related to tuning the Mauther cell system.

One of the problems with setting up piezo stimuli during larval development is the throughput. We would need to find a way to efficiently parallelize the system and set it up inside of the incubator where the larvae are raised. All of this would be feasible and certainly worth the effort, but has so far not been our priority.

2. Granule cells bring in sensory information to Purkinje neurons in the cerebellum during the learning of motor activity like swimming. How do you think social isolation would affect this circuitry?

The cerebellum, as you mentioned, receives sensory information, as well as efference copies of motor commands to predict its future sensory state and uses errors in those predictions to refine future predictions. In isolation raised larvae, perturbations to the water are only due to the animal’s own movement. Therefore, the cerebellum will learn to associate these perturbations with various motor commands generated by the larva. With this insular model, every water perturbation caused by external forces would produce an error signal indicating unexpected events. The cerebellum would therefore be faced with the daunting task of learning (1) how the movement of others perturbs the water, alongside (2) how those perturbations modulate perturbations caused by the animal’s own movements.