Passing the electron baton: researchers use an in silico strategy to investigate electron transfer from CYP450 reductase to CYP450

Cytochrome P450s (CYP450s) are part of the superfamily of xenobiotic-metabolising enzymes that have been investigated for their effects on various drugs and toxins. One member of this family is CYP1A1, which is notable in two respects. First, CYP1A1 is an extrahepatic human drug target protein that modulates procarcinogen activation and carcinogen detoxification [1,2]. Second, the potential of CYP1A1 as a biocatalyst has been described as early as the last century [3,4]. Given these two essential roles of CYP1A1, a better understanding of CYP1A1 would be immensely useful to the pharmaceutical and bioengineering communities. 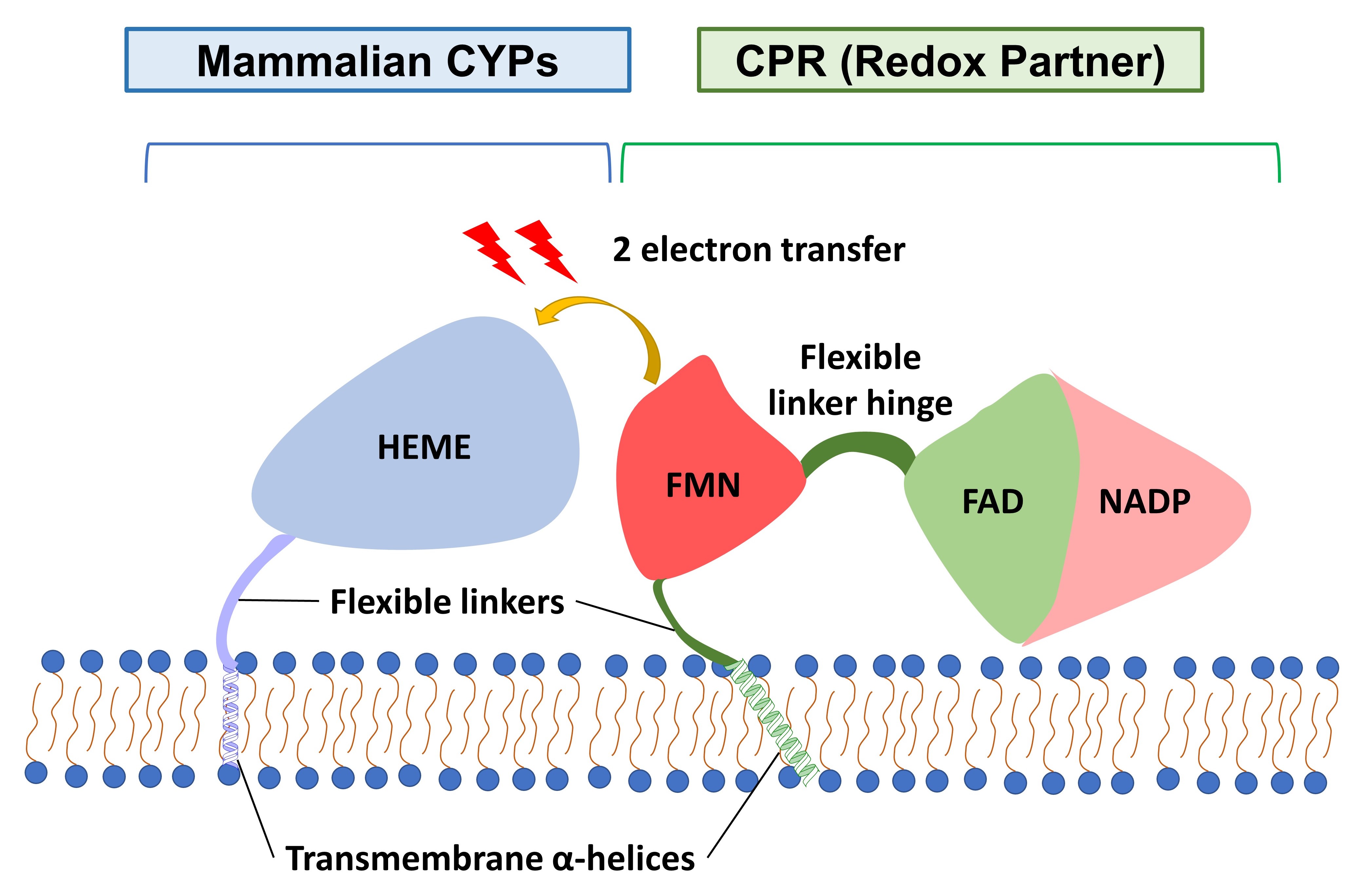 Figure 1. Mammalian CYP and CPR domains. Colours follow those in the preprint.

In their preprint, Mukherjee et al. set out to describe interactions between CYP1A1 and CPR at a detailed atomic level. They used multiresolution simulations to better understand the electron transfer process between CYP1A1 and CPR—which, in turn, informs the design of CYP1A1-targeting drugs and enhance the utility of CYP1A1 as a biocatalyst.

After the refinement step, Mukherjee et al. narrowed their focus to just three encounter complexes simulated in the presence of a phospholipid bilayer. This led to three observations. First, the presence of CPR appeared to weaken peripheral CYP-membrane interactions. CYP1A1 became less deeply embedded in the membrane, and the CYP1A1 globular domain underwent an orientational rearrangement. Second, the FMN domain of CPR rearranged with respect to the membrane, largely caused by rearrangements of the CPR’s highly flexible linker region. Third, the FAD and NADP domains also rearranged with respect to the membrane. This made the CPR structure more compact, adopting a conformation resembling the semi-open one observed in the crystal structure.

Based on the high contact area between CYP1A1 and CPR, the authors concluded that CYP1A1 and CPR formed strongly-bound and stable transient complexes in the membrane. The CYP-FMN domain interactions involved the pairing of the positively-charged CYP1A1 proximal side with the negatively-charged FMN domain; such charge pairings have been identified as important contributors towards redox protein binding. In contrast, transient interactions formed between CYP1A1 and the NADP domain of the CPR. The authors identified two major electron transfer pathways, FMN-I548-C457-HEME and FMN-K456-C457-HEME; both corroborate other experimental data [7,8] and computational studies [9-11].

In their preprint, Mukherjee et al. described their findings from a computational approach to characterising the electron transfer between CYP1A1 and CPR, its redox partner. The authors’ in silico strategy revealed key interactions between the two partners, as well as their subsequent conformational changes, that facilitate electron transfer.

The in silico approach adopted by Mukherjee et al. reinforces current experimental and computational findings on CYP450 enzymes reported by other groups. Their findings are especially pertinent when we consider key mutations that may affect the activity of these enzymes, which are implicated in both xenobiotic metabolism [7] and in certain cancers [13,14].

These insights made in CYP1A1 will enhance researchers’ understanding of the CYP450 landscape. A mechanistic investigation of the impact of CYP450 conformational structure on its kinetics may help bioengineers to optimise processes using these enzymes in synthetic biology, allowing them to synthesise complex molecules more efficiently.

The authors’ findings will also help pharmaceutical developers to design better drugs. By elucidating the effect of CYP-CPR binding on ligand binding—as well as substrate access and product release—in their preprint, Mukherjee et al. open new avenues for drug design and development. For one, anticancer drugs may be developed by targeting CYP1A1, which has been implicated in cancer aetiology. Alternatively, the headway made into CYP1A1 may help pharmacokineticists better predict drug-drug interactions involving CYP enzymes.

Like the electron cascade it described, this preprint marks the start of new inroads made in enzymatic discovery. It will be electrifying to see where it goes next.

[10] Ritacco I, Spinello A, Ippoliti E, Magistrato A, Post-Translational Regulation of CYP450s Metabolism As Revealed by All-Atoms Simulations of the Aromatase Enzyme, Journal of Chemical Information and Modeling 59(6) (2019) 2930-2940.

[12] Ritacco I, Saltalamacchia A, Spinello A, Ippoliti E, Magistrato A, All-Atom Simulations Disclose How Cytochrome Reductase Reshapes the Substrate Access/Egress Routes of Its Partner CYP450s, The Journal of Physical Chemistry Letters 11(4) (2020) 1189-1193.

The preLight author is grateful to the preprint authors for their suggestions regarding Figure 1.