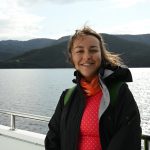 Transposable elements (TE) are sequences of DNA capable of changing their position in the genome by first being cut from their initial position and then pasted in a new place. They occupy a surprisingly large portion of mammalian genomes and have long been thought to be just “junk” DNA, often lacking coding potential for any protein except the transposase which is responsible for the jumping feature of these genes. Some of TEs are derived from endogenous retroviruses (ERV), retroviruses that integrated into the germline genome and have been inherited for generations. In fact, many have lost the ability to transpose completely. Nonetheless, they pose a threat to the host genome by introducing mutations in place of their integration, hence the cell tries to prevent such events by methylation or other silencing mechanisms of the chromatin region they lie in. This is especially true for germ cells that carry the heritable genome.

In this preprint, the authors envisage the possible mechanism for germline transcriptome divergence in mammals by looking at the role of endogenous retroviruses (ERV) in the male germline. Despite their presumably deleterious effects on the germline, this class of transposable elements is known to regulate germline expression patterns, mainly through influencing post‑transcriptional control or promoter function. This time, however, the authors present evidence for the evolutionarily young K family of endogenous retroviruses (ERVKs) being used as cis-regulatory elements, containing binding sites for the master regulator of male meiosis and driving transcription of genes important for the mitosis-meiosis transition in the germline.

To test the hypothesis whether ERVs contribute to dynamic transcriptomic changes during spermatogenesis, the authors analyzed published RNA-seq datasets from 5 representative stages of mouse spermatogenesis from postnatal day 7 to adulthood (Fig.1 a).

Differential expression of mouse consensus repetitive elements revealed two temporally regulated groups of ERVS: mitotic and meiotic (Fig.1 b). The most represented types of TEs in both groups were members of ERVK, ERV1 and ERVL families of endogenous retroviruses. Interestingly, all of them were enriched in intergenic or intronic regions of the mouse genome and didn’t have any significant coding potential. Genome-wide chromatin accessibility assays showed that only some part of ERV loci exhibit open chromatin. Clustering of accessible ERV loci across different timepoints in spermatogenesis again resulted in mitotic and meiotic groups. The most represented family of meiotic class, ERVK, showed strong enrichment for three subgroups: RLTR10, RMER17 and RLTR51. Likewise, the enrichment of ATAC- peaks for these subgroups turned out to be specific for late spermatogenesis, based on the comparison to ATAC- seq data from cell lines derived from other tissues. In addition to tissue specificity, many of accessible RLTR10 and RMER17 in pachytene stage mapped to sex chromosomes compared to autosomes. This would mean that they become active despite ongoing meiotic sex chromosome inactivation at this meiotic phase.

Even more telling about the function of these ERVK open chromatin loci is the fact that they carry the histone modification H3K27ac, typical of enhancer sequences. Enhancer-like function is further supported by the presence of the binding site for A-MYB, a key transcription factor that acts as a master regulator of male germline from early meiosis. Chromatin immunoprecipitation with A-MYB antibodies recovers the same loci as ERVK enhancer-like loci on both autosomes and sex chromosomes. A significant portion of genes located in ERVK enhancer-like loci proximity are highly

expressed in meiosis and are involved in processes like chromosome segregation, chromatin silencing and spermatogenesis. More importantly, some of these genes are differentially expressed in A-MYB mutant mouse, indicating that A-MYB is indeed the mediator of ERVK enhancer-like activation of transcription.

Perhaps even more surprising is the orthology assignment of these ERVK-adjacent genes. It seems, that for the most part, they consist of evolutionary young genes that share very little sequence identity (Fig 2), even if compared to the rat within the same clade. How frequent then is this phenomenon of ERV-based expression regulation in evolution? Analysis of human testis expression and immunoprecipitation datasets pointed at members of ERV1 and ERVK families, bearing binding motifs for A-MYB, as possible enhancers of mitosis-meiosis transition genes. This led the authors to propose that ERVK-driven meiotic enhancers are a general feature of mammals responsible for divergence of transcriptomes in late spermatogenesis.

The work of Sakashita and colleagues nicely demonstrates the innovative use of repetitive elements in genome regulation. While it builds on previous studies that focused on the function of endogenous retroviruses in male meiosis, it offers a thought-provoking view on the possible involvement of retroviral elements in an important task such as forming a species-specific germline transcriptome and eventually the gametes. I enjoyed this different take on underlying mechanisms of controlling dynamics of the germline transcription landscape, while exploring the avenue of non-coding repetitive elements’ purpose that we still know very little about.

Thank you very much for highlighting our study. We appreciate your nice summary of the importance of this study.
We are very excited about this study. Please see my answers to your questions: