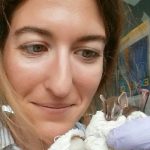 Background: Organ loss is a common feature in animal evolution. Famous examples are the loss of teeth in birds, the loss of sight in cavefishes or the loss of limbs in snakes. Often, a closer examination of these species reveals that true losses are rare and that animals often retain what is called vestigial organs, that can be defined as regressed remains of an organ that was present in an ancestor. These observations are not novel and vestigiality has always been a source of interest to explain how animals are related to each other or evolve. Aristotle reasoned that moles could barely see because their eyes were “stunted in development”. Saint-Hilaire wrote that “Nature […] always leaves a vestige of an organ”. Later, Darwin explained the presence of these characters by them being “disused” or because they can retain secondary roles (for a review, see Sadier et al. 2021). Since then, a lot has been done, revealing some mechanisms behind vestigiality that allow organ disappearance to be traced back to early development. However, these studies have mainly been performed on model organisms or a few restricted species and a lot needs to be done to understand how organs are lost within a clade or independently in different species. In this preprint, the authors take advantage of museum specimens to investigate patterns of limb regression in skinks (Figure 1), shedding light on the convergent evolution of limbless phenotypes. 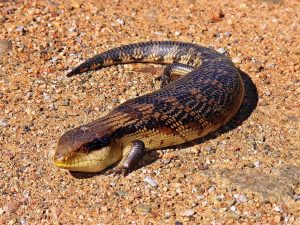 Squamates (snakes, lizards and amphisbaenians) represent a perfect group to study this question. Snakes are limbless but not all of them are equal on the degree of vestigiality: snake limb loss exhibits different degrees during development depending on species and lizards range from fully limbed to having rudimental hindlimbs with skeletal elements. Moreover, every large clade of lizards has evolved at least once snake-type phenotypes with different degrees of limb losses. Among them, the skinks of the genus Scelotes exhibit a lot of possible intermediate forms.

Key findings: To study the mechanisms behind limb loss in skinks and snakes, the authors performed an anatomical study of limbs during their development in species that exhibit different limbless degrees: B. lukbani, which has reduced hindlimbs but retains claviculas, pectoral girdle and limb musculature and P. guttus, a snake that has no trace of limb musculature, pectoral girdle elements or limb skeleton. They used a combination of CT scanning, skeletal preparation and immunohistochemistry targeting key genes characteristic of pre-cartilaginous and cartilaginous condensations to visualize skeletal formation. This combination of techniques allows a fine comparison of the anatomy during the development of these species. The results revealed that the development of the limb is transient in B. lukani: limbs start to develop (as shown by muscular and skeleton preparation) and then resorb while retaining girdles, an axial girdle musculature and limb musculature as in limbed species. On the contrary, in P. guttus, the skeleton shows no trace of any pectoral girdle or limb element during development, nor any trace of girdle axial muscles or limb musculature, revealing a more complete loss. 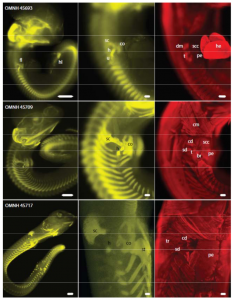 Compared to previous work, this suggests that the presence of girdles seems sufficient to enable the development of a limb musculature associated with the girdle even after the resorption of the limb. From a more practical point of view, it also suggests that the presennce of transient limbs during development can be inferred by the retention of limb musculature in limbless adults which could help to understand the story of limb losses in clades for which access to embryos is not possible. Indeed, the authors used this observation to reconstruct the evolution of limb losses in Squamates and discuss the losses and apparent regaining of limbs within this clade. In particular, these results suggest that the regains observed in amphisbaenians whose limbless species possess an axial and pectoral limb musculature should have been facilitated by the maintenance of transient limbs during development.

Conclusion – what I liked about this preprint

This work allows the assessment of limb evolution without looking at all clades which is necessary given the limited availability of ontogenic resources. It also uses now widely used techniques that allow morphologists and paleontologists to rediscover anatomy and how it evolves during evolution. By providing interesting scenarios about the evolution of structures building on developmental biologists work, these studies shed a new light to better understand trait losses and regain (in other words, trait reversal).

Can you elaborate more on how your results sit with regards to Dollo’s law (on re-evolution of structures?)

Also in the paleontology category: