Plakoglobin to the rescue: how the vertebrate homologue of β-catenin senses mechanics during early embryogenesis to maintain naïve pluripotency. 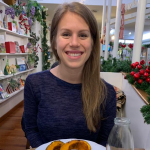 Physical and chemical stimuli from the external environment are key to development; they dictate the processes that transform a single cell into a complex multicellular organism (Heisenberg and Bellaiche, 2013). Even before implantation, during the earliest stages of embryogenesis, naive pluripotent cells must integrate these cues as they are directed towards specific cell fates (lineage specification) (Chan et al., 2017, Vining and Mooney, 2017). But we still lack full understanding of how mechanical signals contribute to this process. How are physical cues, like volumetric compression and spatial confinement, translated into transcriptional changes during naïve pluripotency? Which are the mechanosensitive genes involved?

In their study, Kohler and colleagues tackle these fundamental questions by studying the transcriptional and morphological development of naïve pluripotent embryonic stem cells (ESCs) encapsulated in 3D agarose microgels. Using this approach, they demonstrate that volumetric confinement affects pluripotency and show that expression of Plakoglobin, a vertebrate homologue of β-catenin, is required for naive pluripotency.

To assess how 3D microgels affect transcription, the authors compared gene expression data from naive ESCs in 3D microgels to naïve ESCs in 2D tissue culture. In addition to the global increase of naïve pluripotency markers in 3D, the most differentially expressed genes included components of the Wnt/β-catenin signaling pathways, notably Jup. The gene Jup encodes for the protein Plakoglobin, the vertebrate homologue of β-catenin. Analysis of the genes associated with cell-cell adherens junction (AJs), where β-catenin normally localizes, confirmed that Jup shows the strongest increase at AJs. Likewise, immunofluorescence analysis of the cell adhesion proteins at AJs confirmed that Plakoglobin localized to AJs in 3D microgels but not in 2D, whereas β-catenin was expressed in both but was higher in 2D (Fig 1B).

Importantly, the authors also compared their findings to hanging drop cultures, where ESCs grow in a 3D environment without confinement. This culture system would allow them to confirm that the observed effects are due to volumetric confinement from 3D microgels and not just the 3D environment. They found that β-catenin was observed in both conditions, whereas Plakoglobin was upregulated only in 3D microgels. Even in the case where ESCs were released from 3D microgels after 48h and transferred to hanging drop cultures, Plakoglobin expression was lost. This confirmed that volumetric confinement generated by 3D microgels is required for Plakoglobin expression.

To corroborate the link between naïve pluripotency and Plakoglobin in vivo, Kohler and colleagues also analyzed human and mouse embryos. Consistent with their findings in naïve ESCs, they found high expression of Jup in the pre-implantation mouse embryo, when naïve pluripotency is established. At the protein level, the expression of Plakoglobin correlated with expansion of the blastocyst’s cavity. Although harder to assess in vivo, these observations suggest that an increase in pressure from expansion of the cavity may provide the mechanical signal that regulates Plakoglobin.

I chose this preprint because I truly enjoyed reading it but also because it is a comprehensive study on the interplay between forces, a molecular player that is mechanosensitive (Plakoglobin) and the key role of this link during naïve pluripotency. The authors provide thorough (and complementary) evidence to support their main claim, with morphological and transcriptional data in both in vitro 3D culture and in vivo in mouse and human embryos. This study also paves the way (and emphasises the need) for 3D systems to fully replace 2D culture systems in in vitro studies of development.

What do you think is the need for Plakoglobin to replace β-catenin in this developmental stage? Could high expression of Plakoglobin directly inhibit β-catenin (which is then required for differentiation?) to maintain naïve pluripotency?

This is a great question! Elucidating the developmental mechanism for the transient appearance of Plakoglobin in the epiblast during the establishment of naïve pluripotency is our ultimate goal. Although we have shown that Plakoglobin and b‑catenin levels negatively correlate in embryonic stem cells we do not know if that is the case during embryonic development. It is known that b‑catenin and Plakoglobin bind E‑cadherin in a mutually exclusive manner and that there are no desmosomes in the pre‑implantation epiblast. Hence, one might speculate that Plakoglobin could release b‑catenin from the membrane and either cause its degradation or its nuclear translocation for subsequent signaling. However, it is also possible that new additional adherens junctions are formed or that Plakoglobin is incorporated in a hitherto unknown protein complex – both are scenarios in which membrane-bound b‑catenin would not be affected.

It would be interesting to know how much compression is required to induce Plakoglobin expression. Have you quantified this compression (perhaps via measuring deformation of microgels)?

Measuring the forces in this system is inherently tricky due to the mobility of the microgels. We are exploring several options including the immobilization of microgels to enable traction force microscopy, the embedding of polyacrylamide beads as pressure sensors (Dolega et al., 2017) or changing the stiffness of the microgels. Since the microgel‑mediated confinement might also influence the membrane tension we are interested in trying laser‑ablation of membrane‑labeled encapsulated cells. Finally, together with our collaborators at Evorion Biotechnologies we are working on a microfluidic incubation chamber for microgel‑encapsulated cells that can then be pressurized and would allow us to manipulate the the forces involved in regulating Plakoglobin more precisely.

How would you assess (quantitatively) whether Plakoglobin plays a mechanoresponsive role in vivo?

Chan and colleagues have recently mechanically inflated and deflated mouse pre‑implantation embryos, to regulate the hydrostatic pressure of the blastocyst cavity (Chan et al., 2019). This approach – or alternatively a variety of available drug treatments – could be used to change the biophysical microenvironment of the in vivo epiblast precisely and investigate its effects on Plakoglobin. Additionally, we are planning on culturing early‑stage blastocysts – with and without zona pellucida – embedded in gels, similar to the spatial confinement of embryonic stem cells in our microgel system.