What drives establishment of the quiescent neural stem cell pool in the dentate gyrus? The answer lies in the unusual activity of Sufu, a well-known regulator of Shh signalling 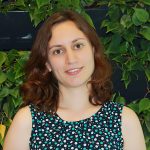 In the adult rodent brain, new neurons are produced in two areas – the cortical subventricular zone (SVZ) and dentate subgranular zone (SGZ) – and adult neurogenesis in the dentate gyrus (DG) is associated with learning processes (Deng et al., 2010). Neurons originate from neural stem cells (NSCs) throughout life, first by asymmetric, then by symmetric self-consuming divisions. While the latter leads to NSC pool exhaustion, it suggests that a population of quiescent NSCs have to be established earlier in development for proper maintenance of neurogenesis during adulthood.

Indeed, long-lived NSCs appear in the DG at E17.5, migrating from the hippocampus to the ventral and dorsal DG. One of the interesting pathways involved in long-lived NSC regulation is Shh signalling, with Shh ligand secreted by neurons in the embryonic amygdala and postnatal DG (Li et al., 2013). Previous studies have shown that deletion of Smoothened (Smo, which acts as Shh signalling transductor) from responsive cells in the DG, as well as Shh ligand removal from local neurons, undermines the emergence of long-lived NSCs and decreases the NSC pool (Han et al., 2008; Li et al., 2013). However, the following questions remain unanswered:

1) How is Shh activity regulated in space and time to provide the enlargement of the NSC pool in DG development?
2) What is the role of Shh signalling in the shift of NSCs to a quiescent state?

The authors focused their study on Sufu, a known negative regulator of the Shh pathway. They investigated Sufu’s role in the regulation of Shh signalling during DG development, expansion of long-lived NSCs and their transition to the quiescent state.

To test whether Sufu regulates Shh signalling activity, the authors conditionally deleted Sufu from NSCs in mice harbouring a Gli1-LacZ (Shh-responding) transgene. A decrease in Shh signalling response of NSCs was observed during DG development, which is the exact opposite of the situation in the neocortex, where deletion of Sufu escalates Shh signalling activity. A significant reduction of Shh-responding cells in the ventral hippocampus of KO mice was confirmed in both prenatal (E15.4-P0) and postnatal (P7) development. Moreover, expression of Gli1, one of the transcription factors that transduce Shh signalling to downstream targets, was also significantly down-regulated in Sufu-KO mice at P0, demonstrating that removal of Sufu decreases Shh signalling activity. While the number of NSCs (in SGZ) labelled with a stem cell marker did not vary between control and Sufu-KO mice, the percentage of proliferating NSCs was lower in KO. This is in contrast to Smoothened (Smo2) mutant mice in which Shh signalling is constitutively active and the pool of proliferating NSCs is increased. Given that Sufu KO is expected to upregulate Shh pathway, we would expect more similarity between Sufu-KO and SmoM2 mice. Instead, Shh downregulation is described after Sufu KO in NSCs. This observation allows us to hypothesize that the way in which Sufu is involved in Shh signalling may differ between specific NSC subtypes.

Since neurogenic competence of NSCs in adult DGs was not affected by Sufu deletion at
developmental stages in hGFAP-Sufu-KO (astrocyte-specific Sufu knock-out) and hGFAP-Sufu-
KO;Gli1-lacZ/+ 8-week old mice, and at the same time, the latter group showed a lower number of newborn neurons, it led to the assumption that this mutant line has a reduced NSC pool. As expected, the amount of Sox2- and GFAP-positive (with Sox2 serving as a marker of stemness) radial NSCs in SVZ was diminished in hGFAP-Sufu-KO;Gli1-lacZ/+ mice, but also in hGFAP-Sufu-KO line. The latter can signify that the absence of Sufu provokes failure of NSC expansion in the first postnatal week since this period tends to be crucial in NSCs pool establishing. Experiments corroborated a compromised level of NSCs proliferation, which sequentially resulted in a smaller number of quiescent NSCs in adult DG.
One of the possible explanations for a decreased level of NSC proliferation during the first postnatal
week could be a premature transition of NSCs into a quiescent state. Double-labelling with
thymidine analogues revealed that while in control mice NSCs enter quiescence at P3-P7, in hGFAP-Sufu-KO and hGFAP-Sufu-KO;Gli1-lacZ/+ mice it happens earlier around P0-P3. In addition, NSCs in
control mice displayed a lower proliferation rate at P3 compared to mutants, pointing at the fact
that deletion of Sufu precociously lessens proliferation of NSCs and aggravate premature transition
to the quiescent state. 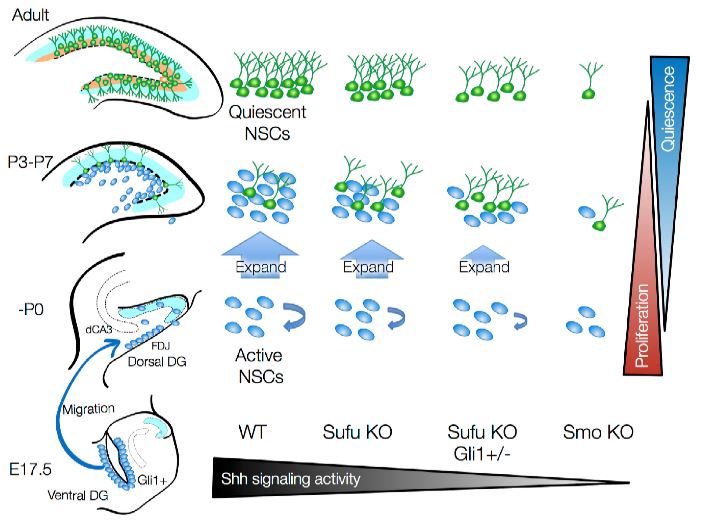 Fig. 1: Schematic summary illustrating the role of Sufu and Shh signaling activity in initial production, expansion and quiescent state transition of NSCs during DG development (Fig. 7 of the preprint)

Taken all together, these results demonstrate that regulation of Shh signalling through Sufu is vital
for the expansion of long-lived NSCs and the timely transition to a quiescent state during DG
development.

The most impressive part I would underline in this paper is that Sufu behaves differently in various
NSC populations, playing in DG a role of an activator rather than a suppressor of Shh signalling.
Prominently, there is even a distinction in the response to Sufu-KO in different sub-locations of the
same region, like the dorsal DG and ventral DG, where the only proliferation of NSCs in the dorsal DG was affected.

In the future, I will be interested in getting answers to these questions:

1) Which mechanisms are involved in expansion and transition to quiescence in NSCs from
ventral DG? Since Sufu does not seem to take part in these processes, are they still mostly
driven by Shh signalling, or other pathways play the more important role there?
2) What is the exact trigger that switches Sufu from inhibitor to activator of Shh pathway? Are
there any intermediate signal transducers regulating this?
3) How will cells respond to Sufu-KD? Will we observe the same effect on NSCs in dorsal DG in
case of 30%/50%/70% decrease of Sufu expression, or only full ablation of Sufu can ensure
activation of Shh signalling in this cell population?