The Spatial Scale of Synaptic Protein Allocation during Homeostatic Plasticity 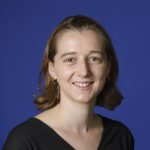 Neurons can form thousands of synaptic connections, each with unique synaptic strengths, which allow individual neurons and neuronal networks to perform meaningful computations. A common way of assessing the strength of all of the individual synapses which send inputs to a given neuron is to record the quantal amplitude of postsynaptic currents resulting from the spontaneous release of presynaptic vesicles. When neurons are challenged with manipulations that increase or decrease their activity, they respond by scaling these quantal amplitudes in the reverse direction, effectively homeostatically adjusting their inputs to stabilize their output (4). The insertion and removal of the α-amino-3-hydroxy-5-methyl-4-isoxazolepropionic acid (AMPA) type ionotropic glutamate receptor in the postsynaptic density has previously been found to mediate this multiplicative up-scaling and down-scaling respectively (5).

Intuitively, it makes sense that each synapse would multiplicatively increase or decrease in strength in order to preserve both global output and local distinctions in relative synaptic strength. However, electrophysiological measurements of synaptic strength lack the spatial resolution to distinguish between changes in individual synapses. The authors seek to understand how local differences in strength are preserved while global synaptic strength is scaled up or down. Specifically, they work towards deciphering the rules which govern the delivery of newly synthesized proteins to individual and groups of synapses.

Their approach for addressing this gap in knowledge is to look at the spatial distribution of nascent proteins in cultured rat hippocampal neurons following the induction of homeostatic synaptic upscaling. Specifically, they examined nascent proteins in 15-minute periods following 1 or 24 hours of incubation with the sodium channel blocker, TTX. To label nascent proteins they combined BONCAT metabolic labeling (1), which tags nascent proteins with the noncanonical amino acid Azidohomoaline (AHA), with DNA-PAINT using copper-free click chemistry (2, 3). In order to computationally isolate the nascent proteins specifically in postsynaptic densities of excitatory synapses, they additionally immunolabeled MAP2 and PSD-95. This allowed the authors to address both global increases in protein levels at the level of dendrites as well as the scale of spatial variation they find in protein allocation.

The authors find that synaptic scaling resulted in a global increase in nascent protein levels after both 1 hour and 24 hours of TTX, at which time the physiological effects of scaling are reliably apparent. At both time points, the absolute amount of nascent protein detected in postsynapses and dendritic shafts increased compared to untreated cells. However, the synaptic fraction was significantly higher only after 1 hour, suggesting that synthesis of proteins right at the postsynaptic density is most critical just after activity loss.

The authors found a high degree of heterogeneity in the distribution of nascent proteins, a somewhat unexpected result, given the global nature of homeostatic scaling. Although proteins within a dendritic branch linearly correlated with branch length and synapse number, individual synapses received variable shares of the total amount of nascent proteins within a dendrite which was only weakly correlated with PSD-95 area defined synaptic size. Instead, examination of turning points in a heat-map of synaptic protein density revealed neighborhoods of synapses seemed to scale together based on the number of synapses within the neighborhood. Within each neighborhood, neighboring synapses displayed heterogenous allocation of nascent proteins. The authors suggest that the scale of the synaptic neighborhoods between which protein is differentially allocated may reflect the size of intracellular organelles such as mitochondria.

Why I selected this preprint:

The authors apply the unique, innovative techniques in which their lab has expertise to make progress on an important biological question which had previously not been possible to answer. It is written very clearly and uses highly specialized molecular biochemistry and computational techniques but understanding them in great detail is not necessary for understanding the results. It opens up a whole new set of exciting questions, some of which I have outlined below.

We appreciated your interest in our research. And we have thought about your questions carefully. Please see below:

1) What fraction of the nascent protein which is measured is expected to be postsynaptic vs. presynaptic? Is it possible to separate pre and postsynaptic nascent proteins, and if so, would this explain some of the variability in protein allocation between adjacent synapses with different presynaptic partners?

Interesting question. We don’t know what fraction of the nascent protein we measured is pre- vs. post- synaptic.  A recent paper from our group (Hafner, Donlin-Asp et al., 2019) used a different metabolic labeling strategy and found evidence for abundant protein-synthesis capacity in axon terminals using expansion microscopy. In our experiments, some of the nascent protein that we ascribed to synapses could arise from presynaptic sources.

2) Is it possible to measure specific nascent proteins with a modified version of this technique (proximity-dependent DNA PAINT)? It would be very valuable to look at specific increases in AMPA receptors and other proteins which have already been associated with synaptic upscaling.

‘Proximity-dependent DNA PAINT’ is an active area of research in our lab. And we have already seen promising results in our method development. We hope to bring this technique to the community soon and enable everyone to investigate their favorite proteins.

3) How much diffusion or dendritic transport occurs during the 15 minute AHA labeling period? Is protein likely to be translated at individual synaptic sites or within the larger synaptic neighborhood and then distributed between synapses?

Based on our estimates (Fonkeu et al 2019), the nascent proteins would not have much time to diffuse far from its source in our study— on the scale of synaptic neighborhoods (within ~ 10 microns). Hence a combination of on-site synthesis and within-neighborhood distribution could co-exist.

4) What drives the development of these synaptic neighborhoods to which different amounts of nascent protein is allocated? Is it dendritic organelles as the authors predict, or calcium signaling microdomains, or something else entirely?

We are actively investigating potential factors that bring neighboring synapses together for resource allocation. Indeed, protein-synthesis machinery and signaling are our main suspects. Alternatively, as you mentioned, local calcium domains, evident in Ca2+ imaging studies, could also contribute.

5) Although measured at 1 hour and 24 hours, the labeling period is only 15 minutes in each case. I understand that 30 minute labeling was not practical due to merging of signal clusters. Could multicolor or frequency multiplexed DNA-PAINT be applied to circumvent this problem? It would be very interesting to see whether protein allocation was consistent between different 15 minute periods, across neighborhoods and synapses.

The multiplexing of nascent protein labeling and localization would be interesting to try. We would love to develop such a tool.

6) What is the functional significance of the heterogeneity in quantity of nascent proteins at different synapses? Does the amount of protein synthesized at various points during upscaling correlate with functional measurements of basal and/or new synaptic strength?

As you know, the synapses of a neuron exhibit heterogeneity in their efficacy, molecular composition, resource allocation, and other things. The functional significance of this heterogeneity is not understood. One idea worth pursuing is that there are correlations between synaptic activity and synaptic protein allocation.