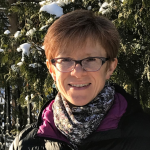 Across a range of vertebrates, there is evidence that early-life adversity has long-term consequences for stress responses, with the hypothalamic-pituitary-adrenal (interrenal in fish; HPA/I) axis being a likely mediator of these effects.  Activation of the HPA/I or stress axis leads to increases in circulating levels of glucocorticoid hormones, which in turn trigger responses, such as the mobilization of energy reserves, that help the animal deal with the stressor.  Developmental programming of the HPA/I axis appears to be altered by exposure to stress during early life, but the mechanisms through which early-life adversity alters stress axis development and function remain unclear.  Castillo-Ramirez and colleagues propose the developing zebrafish (Danio rerio) as a model system in which to study how early-life stress modulates HPI axis function and stress responses later in life.

Using a spinning stir bar to create a vortex current, Castillo-Ramirez and colleagues found that larval zebrafish responded actively to the stimulus by avoiding the strongest current, orienting to swim into the current (rheotaxis), and mounting a cortisol response.  The strength of these responses reflected the speed of the vortex current.  The authors then exposed 5 days-post-fertilization (dpf) larvae to a moderate vortex current for 9 h, and assessed their cortisol responses to stressors at later stages of development.  The vortex-exposed larvae exhibited an attenuated cortisol response to the vortex current at both 6 and 10 dpf, and an attenuated cortisol response to high salinity at 6 dpf.  These data show that exposure to early-life stress can induce lasting (at least for several days) changes in stress axis activity in developing zebrafish.

The value of embryonic and larval zebrafish for mechanistic studies of stress axis development is clear (e.g. Faught and Vijayan, 2018).  Most previous work, however, has relied on experimental manipulation of cortisol levels or glucocorticoid activity (e.g. Nesan and Vijayan, 2016; Wilson et al., 2016) rather than the endogenous cortisol response to a stressor.  By choosing to focus on the effects of an endogenous cortisol response to a moderate stressor, Castillo-Ramirez and colleagues emphasize the capacity for ordinary, every-day stress to affect development of the stress axis and hence stress reactivity later in life.  They also set the scene for future studies in which the many tools that are available for work on developing zebrafish can be harnessed to elucidate the mechanisms through which early-life stress alters stress axis activity.

With a high-throughput approach for stressing developing zebrafish in hand, the authors signal their intent to apply modern molecular and visualization approaches to the question of the proximate mechanisms linking early-life stress with stress responses later in life.  There is also a need to expand on the data reported in the present study – for example, to determine how long the damping effects of early-life stress on the cortisol response last, to explore the effects of other stressors, and to evaluate whether early-life stress affects survival and reproductive output, i.e. fitness.