A spotlight on nucleus asymmetries during asymmetric cell divisions 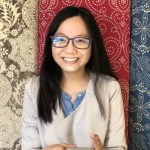 Asymmetric divisions are a central feature in cellular differentiation, enabling the generation of a diversity of cell types from an initially homogenous cell population (Knoblich, 2010). This plays a key role during early embryonic development, whereby a specific signal (for example, the sperm entry site in C. elegans embryos) can initiate polarity establishment, leading to the unequal distribution of polarized components between daughter cells in subsequent cell divisions (Gönczy, 2008). Indeed, this symmetry breaking event has been shown to differentially trigger cell fate specification pathways in various organisms (Ajduk and Zernicka-Goetz, 2016).

In the stem cell niche, asymmetric divisions also generate daughter cells with distinct identities – differentiated cells and self-renewing stem cells (Knoblich, 2010). This is exemplified in Drosophila neuroblasts, whereby asymmetric division produces a larger neuroblast on the apical side and a smaller basal ganglion mother cell (GMC). While this classical example of asymmetric cell division has been intensely studied, most have focused on the asymmetric inheritance of polarized transcription factors that activate distinct transcriptional programs directing cell fate. In this new preprint, Roubinet et al. reveal an additional function of nuclear asymmetries, and dissect the interplay between cell and nuclear divisions during the asymmetric divisions driving fate specification in Drosophila neuroblasts.

To characterize nuclear division dynamics during the asymmetric cell divisions of Drosophila neuroblasts, the authors performed live cell imaging of nuclear membrane and spindle markers during mitosis (Fig. 1). Unlike divisions occurring in mammalian cells where the nuclear envelope is disassembled and subsequently reformed at the end of mitosis (“open mitosis”), or mitotic events in other eukaryotes where an intact nuclear envelope is retained throughout division (“closed mitosis”), Drosophila neuroblasts follow a pattern of “semi-closed mitosis” – the nuclear compartment is retained throughout mitosis, but becomes permeable to cytoplasmic proteins with multiple perforations throughout the nuclear membranes. By the end of mitosis, the resultant neuroblasts and GMCs exhibit not only differences in cell volumes, but also distinct asymmetries in nuclear size and composition.

What are the implications of asymmetric nuclear divisions? Firstly, differences in nuclear size can impose different physical constraints on packing and organization of chromatin, and the accumulation of epigenetic marks associated with stemness or neural differentiation. Secondly, the timing of asymmetric nuclear divisions appears to play a critical role – nuclear divisions are completed prior to the release of cortical proteins/fate determinants and their nuclear import, as well as the completion of cytokinesis. Crucially, cytokinetic failure led to cortical proteins being released into a common cytoplasmic pool, resulting in a loss of differential nuclear accumulation of fate determinants in daughter nuclei that is required to specify distinct daughter cell identities. Therefore, three factors are required in combination for the asymmetric division and generation of neuroblasts and GMCs: 1) asymmetric nuclear division, 2) cortical release of fate determinants, and 3) completion of cytokinesis.

The authors use beautiful live cell imaging to uncover a novel role for asymmetric nuclear divisions in the specification of distinct cellular fates, during the asymmetric divisions producing neuroblasts and GMCs. Although important differences between the “semi-closed” form of mitosis in Drosophila neuroblasts and the “open” and “closed” models in other systems remain, this study presents a new perspective for understanding asymmetric divisions in general, by highlighting how nuclear size could impact chromatin organization and epigenetic differences driving differential fate specification in daughter cells. Indeed, others have identified asymmetries in histone inheritance during asymmetric cell divisions in Drosophila germline stem cells (Tran et al., 2012), but whether it is linked to nuclear size and/or composition remains to be investigated.