How does Tau stabilize microtubules? Recent preprint uses cryo-EM and atomic modeling to reveal where on the microtubules lattice Tau binds and how its binding stabilizes them; one more piece added to the Tau-microtubule saga. 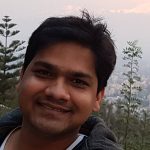 Context: Tau is arguably the most important microtubule-associated protein (MAP), possibly due to its physiological role in microtubule regulation and its pathological relevance in several neurodegenerative diseases. Over the years, several studies investigated the mode of tau interaction with microtubules and how the interaction is impaired in disease conditions. Despite these extensive efforts, the molecular mechanisms of tau-microtubule interaction and its effect on microtubule stabilization remain to be fully understood. This preprint from Eva Nogales’ lab has added some valuable information to our understanding of the ‘Tau-microtubule saga’.

Key findings: The authors used state-of-the-art cryo-EM imaging to visualize full-length tau on microtubules. The obtained higher-resolution reconstruction images significantly expanded our previous knowledge on the Tau-microtubule interaction. Some of their key findings are

Why I am interested in this preprint: Personally, I have been interested in the work of Eva Nogales’ lab for some time. This particular study from their lab caught my interest as they worked towards understanding the ‘tau-microtubule’ saga. Earlier studies, despite of their technical limitations, have contributed greatly to our understanding of tau-microtubule binding. In this preprint, taking advantage of state-of-the-art cryo-EM imaging, authors have not only added valuable information to this binding story, but have also revisited and discussed some of the previously published contradicting results.

In addition to the full length protein, and several truncation constructs, we designed synthetic tau molecules with multiple copies of either the first or second microtubule-binding repeat that lend support to the idea that each repeat binds in a similar way, with R1 having the smallest footprint on the microtubule. These additional structures also strongly support the atomic model proposed, which relied on the combination of the cryo-EM density map with Rosseta modeling, by providing the same solution concerning the register of the repeat on the microtubule surface, and thus being consistent among all constructs examined.