Always have a backup plan: A new mitotic error-correction mechanism mediated by chTOG 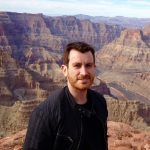 When a cell assembles a mitotic spindle, chromosomes attach to the spindle microtubules via their kinetochores. Once fully assembled, the spindle will generate tension on bioriented chromosomes, which will signal that anaphase may take place. However at the start of cell division, these attachments are somewhat random, and incorrect kinetochore attachments may form. These attachments are usually under low tension, which can be detected by the cell. Several mechanisms exist to destabilise and correct these erroneous attachments: the most well-known one is an Aurora B kinase-mediated mechanism, which phosphorylates substrates on low-tension kinetochores, destabilising the attachment and leading to their release from the spindle.

In this preprint by Jacob Herman and colleagues, the authors identify a new intrinsic mechanism by which the cell detects and rectifies incorrect kinetochore attachments, which is independent of the Aurora B pathway. Colonic and hepatic tumour overexpressed gene (chTOG) is a protein that is essential for microtubule dynamics and spindle formation. Previously, the authors have shown that the yeast homologue of chTOG, called Stu2, is able to sense tension on kinetochores and selectively stabilise correct attachments, or destabilise incorrect attachments [1]. Here, the authors show that this mechanism is conserved in human chTOG, and forms a novel error correction pathway that does not require phosphorylation by Aurora B kinase. They further identify a specific chTOG mutant which behaves in a wild-type manner in terms of regulation of microtubule dynamics and spindle assembly, but does not display any error-correction function. In cells expressing this mutant, incorrectly attached kinetochores persisted, and contained more microtubules per kinetochore than in cells expressing WT chTOG. In summary, this study presents evidence of a previously unknown error correction pathway in human cells.

What I liked about this work:

During my PhD, I worked with chTOG and know how tricky it can be to study, as both its depletion and overexpression have a number of pleiotropic effects, and result in catastrophic phenotypes in mitotic cells. The discovery of a novel function for chTOG that is independent from its functions in spindle assembly and regulation of cytoskeletal dynamics is therefore an impressive achievement. The elucidation of a novel error-correction pathway that is intrinsic to the kinetochore in human cells is also very exciting, and raises a lot of questions for future research.

There is some ambiguity regarding the mutant chTOG’s inability to align chromosomes following STLC washout. Are the defects seen only caused by the persistence of incorrectly attached kinetochores, or could there be an additional defect in chromosome congression? The authors find an Aurora B-independent error correction pathway. Are these two pathways redundant, or do they respond to different cues? If so, what are these cues? Several studies have shown that chTOG (or its homologues) has both microtubule polymerase and depolymerase activities. Does this error-correction function take place via its depolymerase activity, or does chTOG require other microtubule-destabilising proteins?

Are the defects seen only caused by the persistence of incorrectly attached kinetochores, or could there be an additional defect in chromosome congression?

Our evidence suggests that incorrectly attached kinetochores are the primary defect. Cells expressing the basic pair mutant show an enrichment for chromosomes on the astral side of spindle poles. To address your question, we recently assayed whether these astral kinetochores were forming robust, cold-stable kinetochore-microtubule attachments and saw a 2-3 fold increase in these stable end-on attachments. While this was not following STLC washout, it seems likely this would hold true in that scenario as well. However, the mitotic spindle is a busy place so other factors could be contributing to this phenotype.

Are these two pathways redundant, or do they respond to different cues? If so, what are these cues?

Our current thinking is that these pathways may overlap but are not entirely redundant. The manuscript on bioRxiv makes it clear that inhibiting either pathway results in lethal chromosome segregation errors, so neither pathway alone is sufficient for survival. In the last few weeks, we have been further analyzing whether there is overlap or cross talk between them. For example, in the manuscript we analyzed Hec1 phosphorylation as an average state within each cell, but if we analyze this on a per kinetochore basis, there is a slight enrichment for Hec1 phosphorylation after chTOG depletion. We initially missed this because it is only about 6 kinetochores per cell (likely those tensionless astral kinetochores) that show the increase. We think this means chTOG and Aurora B respond to overlapping cues, but their activities are distinct. The overlapping cue is likely the lack of tension but based on their localization patterns, we hypothesize that Aurora B is more sensitive to tension in the (peri)centromeric chromatin, whereas chTOG may respond to tension specifically at the microtubule interface. Another area for future work is to explore the balance of these two pathways in more cell types. It is entirely possible the oncogenic signaling or aneuploid nature of HeLa cells has broken some of the redundancy that may exist in non-transformed tissues.

Does this error-correction function take place via its depolymerase activity, or does chTOG require other microtubule-destabilising proteins?

Depolymerase activity is an attractive and logical model but our 2016 paper suggests this is not the case. When we reconstituted yeast kinetochore-microtubule attachments in vitro, we found that Stu2 (yeast ortholog of chTOG) was required to destabilize low-tension attachments but we did not observe a change in the microtubule catastrophe or disassembly rates. Consistent with this, we did not observe altered microtubule dynamics in cells when the chTOG basic pair mutant was expressed. This makes us think that the error correction activity of chTOG is via altered kinetochore behavior rather than through the regulation of microtubules, so we are exploring a model where chTOG physically modulates Hec1 binding to microtubules. This will require elucidating the function of the basic pair in chTOG in the future.