The importance of caveolae dynamics on lipid metabolism 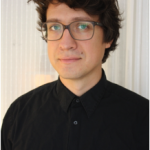 Caveolae are invaginations of the plasma membrane with a size of 50-100 nm. They are abundant in fat tissue, muscles and endothelium. They participate in transmembrane signalling pathways (1) and play a pivotal role in lipid metabolism. Knock-out of the major proteins caveolin1 and cavin1 that form caveolae leads to a disturbed lipid metabolism associated with a lack of caveolae and less body fat. Absence of caveolae leads to a defect in lipid uptake, which is characterized by increased triglycerides in the blood and severe health problems.

There is another protein that plays an important role in caveolae formation and stabilization: Eps15 homology domain containing protein 2 (EHD2). It is localized in the neck of caveolae. So far, it has been shown that knock-down of EHD2 in cell culture lead to an increased motility of caveolae. In this study the authors have generated and characterized an EHD2 knock-mouse. They have investigated changes in in lipid metabolism and also ultrastructural and dynamic changes of caveolae in the affected tissues.

As expected, EHD2 was highly expressed in tissues with plenty of caveolae (heart, blood vessels, brown adipose tissue). EHD2 knock-out mice had more fat surrounding the heart and in liver and muscles. Furthermore white adipocytes of KO mice were bigger compared to that of control animals. The authors continued to investigate the effect of EHD2 KO on a cellular level in cultured adipocytes of KO mice. Differentiated EHD2 KO adipocytes had more lipids and were a little larger than the control cells. The authors ruled out secondary metabolic effects by knocking down EHD2 in cultured adipocytes, which showed similar results as before. There was no effect of EHD2 KO on glucose uptake and lipophagy which led the authors to conclude that EHD2 is pivotal for coordination of fatty acid uptake.

The authors also analyzed the ultrastructure of caveolae of white and brown adipose tissue of EHD2 KO mice. Intriguingly, they found that many caveolae were not connected to the plasma membrane anymore as seen in the figure below while number and size were unchanged.

By TIRF microscopy of isolated mouse embryonic fibroblasts from EHD2 KO mice they could show that caveolar mobility and also endocytosis were increased. Furthermore, the authors provided evidence that CD36 acts as mediator for the increased fatty acid uptake in CD36 KO adipocytes. Finally, the authors could show that in obesity models EHD2 expression is reduced.

With this preprint the authors have managed to investigate the function of a gene on the metabolic as well as on the cell biology level. Thereby they were able correlate a phenotype of increased lipid uptake on  the organ level with striking ultrastructural and live-cell imaging data of detached and dynamic caveolae. They also use the proper controls to rule out secondary metabolic effects on lipid turnover and show that  the knock-out of EHD2 alone causes this peculiar phenotype.

It would be interesting to investigate possible changes of the actin cytoskeleton in adipocytes of EHD2 KO mice since it might be involved in the detachment of caveolae.

Future studies could focus on the signalling pathways involving EHD2 and CD36 to find other proteins involved.

Also, possible changes in the lipid composition of caveolae of EHD2 KO mice would be an interesting topic to look at.

Furthermore, I am curious if in obesity mouse models other proteins that are involved in caveolae formation are also down- or up-regulated.

Thank you very much for your interest in our preprint. I am more than happy to answer your raised questions:

1) It would be interesting to investigate possible changes of the actin cytoskeleton in adipocytes of EHD2 KO mice since it might be involved in the detachment of caveolae.

Indeed, this is a very important point. We would like to figure out how the caveolae detachment occurs in more molecular detail. Besides actin, also dynamin is suggested to be involved in the budding of caveolae from the plasma membrane (Schnitzer et al., Science 1996; Oh et al., JCB 1998). As EHD2 is located at the caveolar neck and dynamin most likely also binds there (to constrict the membrane and consequently detach caveolae from the plasma membrane), it could be concluded that in wild-type cells EHD2 is able to sterically hinder dynamin to correctly bind at the neck for a certain amount of time. In contrast, EHD2 KO cells lack the ring-like EHD2 oligomer surrounding the caveolae neck and consequently dynamin is able to budd of caveolae more likely which leads to the observed increased endocytosis and fatty acid uptake.

2) Future studies could focus on the signalling pathways involving EHD2 and CD36 to find other proteins involved.

In particular it is very exciting to investigate lipid trafficking from caveolae to the ER and lipid droplets. However, these experiments are very challenging to perform in living cells due to time and spatial resolution limits of conventional microscopes as well as the difficulties which may occur when fluorescence labeled lipids are used in too high concentrations. STED live imaging could highly improve spatial resolution although suitable lipids and fast time-resolved imaging methods must be applied as well.

3) Also, possible changes in the lipid composition of caveolae of EHD2 KO mice would be an interesting topic to look at.

True, this is an interesting idea. It could be suggested that EHD2 KO caveolae may differ in their lipid composition due to the fast movement and detachment. But in general, I think no obvious changes in the overall lipid composition of the plasma membrane occurs as we still observe normal-shaped caveolae in tissue and cells lacking EHD2.

4) Furthermore, I am curious if in obesity mouse models other proteins that are involved in caveolae formation are also down- or up-regulated.

It was shown in patients suffering from type 2 diabetes that Caveolin1 , one of the major caveolae protein, is upregulated (Catalan et al., Clin Endocrinol 2008). Indeed, I think this makes sense, as in obesity and related diseases an increase in adipose tissue and adipocyte cell size arise resulting in a higher number of caveolae at the plasma membrane. Furthermore, it was observed in several studies that Caveolin1 expression is increased in endothelium of obese organism suggesting an implication of obesity related endothelial dysfunction and the metabolic syndrome (Grayson et al., HistoChem Cell Bio 2013; Yang et al., Cardiovascular research 2007).

Thank you very much!

If you need more details or any information, please do not hesitate to contact me!