Novel regulators of the lesser-known PRKN-independent mitophagy are identified, enhancing our understanding of basal in vivo mitophagy. 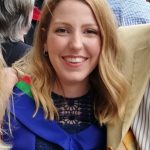 Autophagy is an intracellular degradative pathway, essential for maintaining cellular homeostasis. Mitophagy is a form of selective autophagy, by which the cell captures mitochondria within a double membrane autophagosome and delivers this to the lysosome for degradation. This is essential for maintaining a healthy pool of mitochondria, and defects in this pathway have most prominently been linked to neurodegenerative diseases. Mitophagy regulation has infamously been characterised by PINK1 phosphorylation of the mitochondrial protein Parkin (PRKN). However, in vivo observations of basal mitophagy in mice and fly models are often characterised as PINK1- and PRKN-independent [1,2]. One form of PRKN-independent mitophagy is mediated by hypoxia and HIF1α [3]. To mimic this pathway, without hypoxia induction, HIF1α can be stabilised via binding to small molecules, such as the iron chelator deferiprone (DFP) [4,5].

GAK and PRKCD are identified as novel regulators of mitophagy

DFP was used in this study to induce mitophagy in the U2OS cell line, which lowly expresses PRKN and is therefore deficient in PRKN-dependent mitophagy [6]. It was established that DFP is a potent inducer of PRKN-independent mitophagy in this cell line. This was indisputably evidenced by an image-based reporter system of mitophagy that was validated by correlative light and electron microscopy (CLEM), decreases in enzyme activity of the mitochondrial matrix protein citrate synthase and overall depletion of mitochondrial proteins shown by proteomic analysis.

The authors next aimed to identify novel regulators of PRKN-independent mitophagy. Many regulatory proteins have been identified in autophagy and mitophagy, however, there is a glaring lack of research in lipid mediators and lipid-binding proteins. The authors, therefore, screened 197 proteins with lipid-interacting domains, known to be expressed in U2OS cells. This image-based siRNA screen identified eleven novel lipid-binding proteins that were implicated in the regulation of DFP-mediated mitophagy. Among these were the kinases cyclin G-associated kinase (GAK) and Protein Kinase C Delta (PRKCD). As PINK1 plays an important role in PRKN-dependent mitophagy by phosphorylating PRKN, it was contemplated that GAK and PRKCD kinases may substitute for PINK1 in a PRKN-independent pathway. Notably, GAK is also a risk factor for Parkinson’s Disease, and PRKCD is known to localise to mitochondria.

Pursuit of these novel regulators found that GAK and PRKCD are integral mediators of DFP-induced mitophagy, with PRKCD, but not GAK, localising to the mitochondria in unstimulated and DFP-stimulated cells. Using kinase inhibitors of these proteins, their kinase activity was found to be necessary for this process. Importantly, GAK and PRKCD kinase activity was dispensable for PRKN-dependent mitophagy and starvation-induced autophagy in cells overexpressing PRKN. This signifies that GAK and PRKCD are specific mediators of PRKN-independent mitophagy.

Investigating the mechanism of GAK and PRKCD in mitophagy regulation

To delineate the mechanism of GAK and PRKCD regulation, their potential effects on HIF1α stabilisation was explored. Inhibition of GAK and PRKCD kinase activity did not affect expression of HIF1a responsive genes BNIP3 and BNIP3L (NIX), nor did it affect their phosphorylation, which is known to promote autophagy protein, ATG8, recruitment during mitophagy. However, it was found that PRKCD kinase activity enhanced recruitment of key autophagy regulators ATG13 and ULK1 to the early autophagosome during DFP-induced mitophagy. This was not apparent with GAK kinase inhibition, but its activity was important for mitochondrial morphology and also affected lysosome size and number. This may suggest that GAK is important for mitochondrial delivery to autophagosomes and subsequently lysosomes for degradation. Interestingly, mass spectrometry revealed that inhibition of GAK kinase activity activated several glycolytic enzymes, suggesting there may be some metabolic alterations mediated by GAK during mitophagy.

This study has uncovered novel regulators of PRKN-independent mitophagy and proposes that different machinery is employed for PRKN-dependent and -independent mitophagy. With a plethora of research on the conventional PRKN-dependent mitophagy, it is refreshing to delve into work shifting this focus. It is important to investigate this peripheral pathway as the authors highlight that in vivo, basal mitophagy is often PRKN-independent, therefore, it may have important implications for health. GAK and PRKCD regulation of mitophagy was also found to be an evolutionarily conserved mechanism, with relevance in C. elegans and zebrafish. As GAK is a known risk factor for Parkinson’s disease, describing this pathway and its mechanism with further clarity could have important implications for understanding the role of mitophagy in neurodegenerative diseases.

Open questions to the authors:

Q: Why do you think DMOG, and not DFP, activated mitophagy in vivo? DFP acts as an iron chelator that inhibits proline hydroxylases (iron is a critical cofactor for their normal function), whereas, DMOG directly inhibits proline hydroxylases to prevent the degradation of HIF1. As the mechanism of DFP and DMOG is subtly different, could this suggest that PRKN-independent mitophagy differs in vivo or more specifically in zebrafish?

A: We were unable to strongly induce mitophagy in zebrafish using DFP, however, we haven’t evaluated fully whether pre-requisite iron chelation/Hif1α induction occurs with DFP in these circumstances (there may be issues of accessibility of DFP in the whole animal after addition to the water). DMOG by contrast demonstrated a clear induction of mitophagy in zebrafish and we chose to pursue this as a mitophagy inducing method. As stated, the core method of action is presumed to be similar between DFP and DMOG (inhibition of proline hydroxylases and HIF1α stabilisation), nevertheless there are likely additional differences between the two treatments.

Satisfyingly, double KO of zebrafish Prkcd isoforms was able to inhibit both basal mitophagy (without a chemical inducer) and DMOG induced mitophagy, suggesting Prkcd plays a significant role in both forms.

Q: As DFP was used as a substitute for hypoxia-induced mitophagy, would you predict similar findings with a hypoxia model? Furthermore, as defective mitophagy has been implicated in cancer, where hypoxia conditions are well-characterised, do you think GAK or PRKCD could have a role in this context?

A: The use of DFP is a convenient tool compound for studying hypoxia like responses without the requirement for a hypoxia chamber. Our hope would be that the findings here should be translatable to hypoxia induced mitophagy as both induce expression of HIF1α responsive genes, including the mitophagy receptors BNIP3 and BNIP3L/NIX.
Autophagy in cancer and cancer treatments is interesting and often a pro-survival/resistance factor. Many studies that seek to inhibit autophagy in these circumstances will target key autophagic regulators (e.g ULK1) that inhibit both non-selective and selective autophagy forms. Interestingly, our work demonstrates PRKCD and GAK inhibition can be targeted to selectively inhibit (PRKN-independent) mitophagy and doesn’t impact non-selective starvation-induced autophagy. These tool compounds and knowledge will now allow more specific targeting of mitophagy pathways and it will be interesting to further explore their importance in cancer models.

Q: It was very interesting that glycolytic proteins were altered by GAKi. As glycolytic switching and mitophagy have been linked to cell differentiation, most prominently in immune cells and neurons, would you hypothesize a role for GAK in this process?

A: We carried out mass spectrometry to try to understand the GAK mitophagy phenotype we were observing and this relied heavily upon the excellent probe set SGC-GAK-1 (GAK inhibitor) and SGC-GAK-1N (control)[7]. These compounds have allowed us to examine the importance of the kinase activity from a protein that has severely limited tool compounds or reagents available for its study. Given the genetic linkage of GAK to Parkinson’s disease it is important that we try to understand this kinase in greater detail.

It does appear from our work that there are underlying metabolic changes occurring upon inhibition of GAK kinase function and this will need to be explored further to understand why this occurs. It is of course tempting to speculate that this could play a role in cell differentiation, we hope that by including the full MS dataset obtained with the SGC-GAK-1 inhibitor it will highlight this phenomenon and encourage others to examine this possible link or other areas of interest further!