Lysosome exocytosis is required for mitosis

How do cells remodel their membrane when undergoing mitosis? A recent preprint shows that lysosome exocytosis is needed for correct cell division. 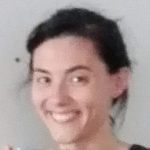 In adherent cell types, mitosis is accompanied by a dramatic alteration of cellular morphology. Weakening the attachments to the extracellular matrix when entering cell division is needed to reduce the plasma membrane surface area while rounding. This is achieved by activation of specific signalling pathways and deep remodelling of the cytoskeleton within the cytoplasm (Meyers et al., 2006).

Lysosomes have been shown to undergo Ca2+-dependent exocytosis at the plasma membrane to facilitate repair of mechanical damage and wound-healing (Rodriguez et al., 1997; Castro-Gomes et al., 2016). Recently, the presence of a cluster of lysosomes at the plasma membrane constriction site prior to cytokinesis was described. Interestingly, inhibition of this clustering led to increase of mitotic failure (Rajamanoharan et al., 2015). These findings raise the question: do lysosomes undergo exocytosis in mitosis? In this work, researchers track the release of lysosomes content into extracellular space confirming the importance of this process for correct mitotic progression and completion.

To describe the lysosomal protein expression and cellular distribution in mitotic cells, the authors synchronized cells with thymidine-nocodazole and analysed the lysosomal membrane marker LAMP-1, finding a more than six fold increase of both protein expression and cellular signal compared to asynchronous cells. This increase was further confirmed by surface immunofluorescence using a lysosomally targeted construct that resulted in increased surface signal in cytokinesis. To confirm that what was recorded so far is actually due to exocytosis and not new biosynthesis, the researchers took advantage of a Lucifer Yellow uptake and secretion assay (Rodriguez et al., 1997) to show that lysosome exocytosis is specifically happening. To follow up on these results, the authors decided to look closer into exocytosis events by Total Internal Reflection Fluorescence Microscopy (TIRFM) imaging, using two different specific lysosome markers. As previously shown by Rajamanoharan et al. (2015), they registered the formation of a lysosome cluster at the plasma membrane constriction site in cytokinesis. Furthermore, they described lysosomes undergoing vesicle-membrane fusion events only in mitotic cells and not in interphase ones, confirming a role for lysosome exocytosis in mitosis. To test the functional role of this event for cell division, the researchers pharmalogically inhibited vesicular fusion events, lysosome physiology and function using three different drugs (N-ethylmaleimide, the PI4K inhibitor PIK93 and Glycyl-Lphenylalanine 2-naphthylamide). The treatments significantly reduced exocytosis and led to an increase in the proportion of polynucleate cells (used as a read-out of mitotic failure (Rajamanoharan et al., 2015)). Ca2+ -dependent lysosome exocytosis leads to the release of hydrolases that could actually be involved in mitotic progression and completion. However, by treating cells with the cathepsin inhibitor E64, the authors showed that this is not the case.

Taken together this preprint identified a new interesting process important for correct cell division. Through these findings the authors describe a possible mechanism for cells to re-adhere once entering cytokinesis, by using the “new membrane” from lysosome exocytosis.

Plasma membrane remodelling is known to occur in mitosis and many hypotheses have been made on the processes that may play a role. This preprint shed light on an interesting mechanism of exocytosis mediated by lysosomes that seem to be involved in cell division regulation and progression. Here, the authors nicely confirm the occurrence of an exocytosis event at cytokinesis and the importance of lysosomes in mitosis.

These findings could contribute to finding a new way for targeting rapidly proliferating cells and affect cancer growth.

This preprint opens a new interesting way for cell division regulation; it would be important to understand more about it:

What is the cell signalling pathway(s) that gets activated? And what is actually the signal during mitosis to activate exocytosis? Is perhaps cytoskeletal reorganization involved? Do other organelles also play a role in this process?