What releases the mitotic kinase, MPS1, from the environment of outer kinetochores? This work challenges previous models and revises our current understanding of the regulatory mechanisms that determine MPS1 localisation patterns in mitotic cells. 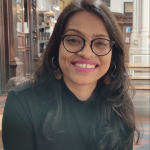 Accurate DNA segregation relies on proper attachments between chromosomes and microtubules. These attachments are mediated by the kinetochore, a macromolecular structure that assembles on the outer centromeric region of chromosomes (reviewed in 1). Incorrect or defective kinetochore-microtubule attachments may lead to unequal division of chromosomes between daughter cells, a phenomenon called aneuploidy, which is a hallmark of several cancers (2, 3). To preserve genomic integrity, incorrectly attached/unattached kinetochores cause activation of a spindle assembly checkpoint (SAC) – an active signalling pathway – that prevents cell cycle progression until all chromosomes are correctly bound (reviewed in 1). SAC orchestrates inhibition of the anaphase promoting complex/cyclosome (APC/C) via several downstream effectors, including the monopolar spindle 1 kinase (MPS1). The current model of error correction mechanisms involves MPS1 recruitment to unattached kinetochores generated by the serine/threonine master kinase, Aurora B (4, 5). MPS1 catalyses formation of the mitotic checkpoint complex (MCC), which directly inhibits the APC/C and stalls mitotic progression until all chromosomes are correctly attached (6, Figure 1). Once end-on attachments are established, microtubules physically compete with MPS1 for the same binding sites on the outer kinetochore, releasing MPS1 from the outer kinetochores (6, 7). Recent studies have shown checkpoint silencing to occur at kinetochores with partial microtubule occupancy (8, 9); therefore, a competition model can not fully explain the release of MPS1 from the environment of attached kinetochores. 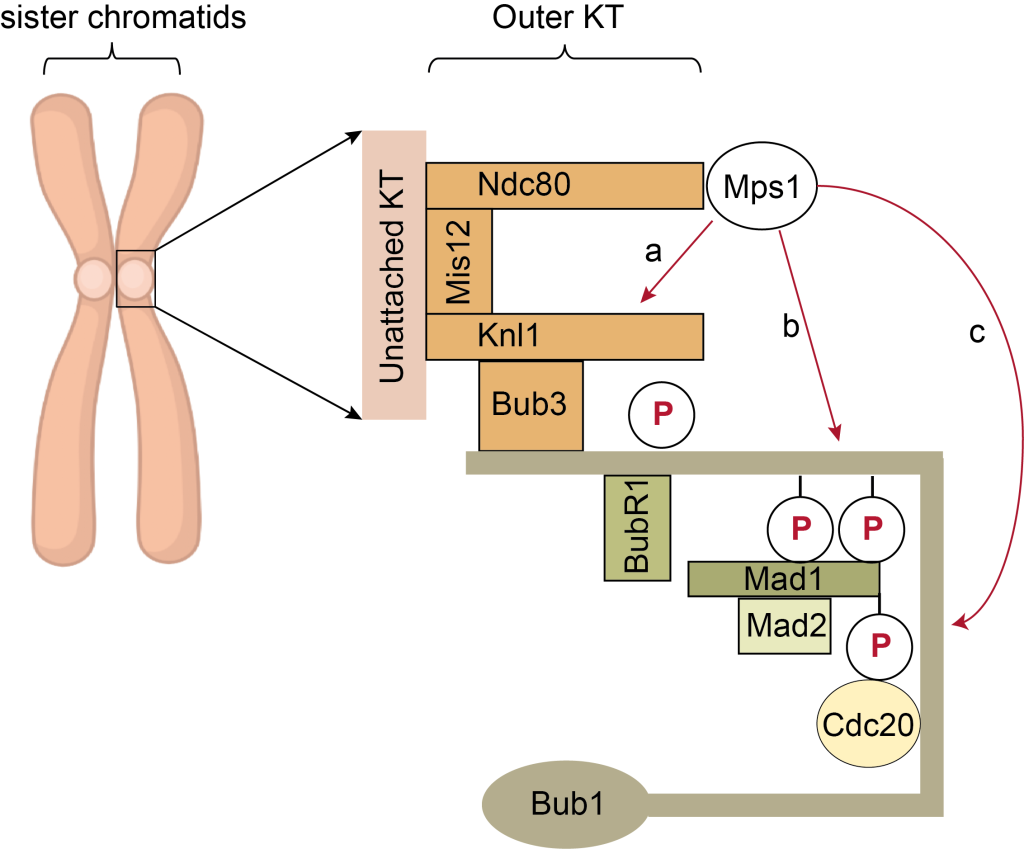 Figure 1. Sequential multi-target phosphorylation by MPS1 activates the formation of the mitotic checkpoint complex (Adapted from 5). A schematic of paired sister chromatids has been depicted on the left with a magnified view of one of the unattached kinetochores to highlight MPS1 activity. MPS1 phosphorylates an essential protein of the outer kinetochore complex, Knl1, at multiple methionine-glutamate-leucine-threonine (MELT) motifs (a). This leads to recruitment of the budding uninhibited by benomyl 1–3 complex (Bub1–Bub3) at the outer kinetochore. MPS1 further phosphorylates Cdk1-phosphorylated Bub1 (b), which then recruits the Mad1-Mad2 complex. MPS1 then phosphorylates Mad1 (c), enabling the formation of the Mad1-Cdc20 complex (5) This bipartite complex can bind to BubR1 (regulator of Bub1), forming the mitotic checkpoint complex (MCC), which directly binds to the APC/C for inhibition of substrate recognition (6).

In this work, Hayward and colleagues revise our current understanding of the regulatory mechanisms that determine MPS1 localisation at kinetochores of mitotic cells. Contrary to previous models that emphasise upon competition between MPS1 and microtubules for the same binding sites on the outer kinetochore, data from this study indicate that MPS1 localisation at the outer kinetochore is modulated by kinase-phosphatase counter activities within an ‘incoherent’ feed-forward loop.

My initial enthusiasm regarding MPS1 stemmed from the various controversies around localisation patterns of this master kinase at metaphase kinetochores and its role in error correction mechanisms of kinetochore-microtubule attachments. My doctoral research project focuses on a microtubule and kinetochore-associated protein, Astrin, which has been implicated in stabilising chromosome-microtubule attachments via its spatio-temporally regulated interaction with protein phosphatase 1 (PP1). When I read the abstract of the current work by Hayward et al., 2022, I could appreciate the kinase-phosphatase interplay since Astrin-PP1 interaction also regulates a finely tuned feedback loop (13). MPS1 is a core component of the spindle assembly checkpoint, therefore, it was critical to unveil its dynamics at the crucial stages of mitosis. In my opinion, MPS1’s direct involvement in the resolution of incorrect kinetochore-microtubule attachments can potentially have novel implications in cancer and cell biology research, since MPS1 is an important prognostic biomarker for several cancers (14) .

My questions to authors: