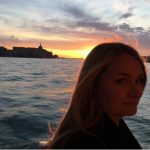 A cell responds to its environment and this alters its function; this process occurs through mechanotransduction. A widely accepted working model of mechanotransduction has come from the study of cells cultured on flat surfaces (such as tissue culture plates, dishes or flasks). Very generally, a cell integrates its physical cues through cell adhesion proteins, which are dynamically linked to the cytoskeleton all the way to the nucleus via the Linker of Nucleoskeleton and Cytoskeleton (LINC) complex, to control chromatin conformation within the nucleus. In recent years, researchers have begun to investigate the effect of culturing cells upon unconventional substrates and its effect upon mechanotransduction. This has provided a wealth of knowledge as to how the spatial arrangement of these cues can alter cell function. The paper presented here takes things a step further, introducing a dynamic change in substrate strain into the mix.

The authors here used mesenchymal stem cells (MSCs) as a model system, due to their well characterised responses to substrates of differing stiffness. They used this as a basis and compare the responses to that of an imposed cyclic tensile stress (CTS), provided by stretching of the underlying collagen substrate.  Their initial main finding demonstrated that the effect of substrate stiffness upon MSC spreading could be recapitulated by this so-called CTS, at relatively lower frequency (1 and 2 Hz). The result of this was an increase in cell area with no change in nuclear size. When CTS frequency was increased to 5 Hz, a different cellular response was observed (Figure 1). Cell area remained unchanged whilst the nucleus compacted and this effect was reversible dependent on time, recovering by 24 hours. The authors next went on to determine why this change in nuclear size may be occurring as a result of the dynamic strain induced upon the system.

Figure 1. Introduction of fluid flow can mimic the effects of increased substrate stiffness. Higher levels of this result in the de-coupling of the nucleus from the cytoskeleton through SUN-2 mediated action. Adapted from pre-print.

This resulted in a notable observation with relation to the LINC complex, the observations and implications of which are summarised in Figure 2. At the higher CTS frequency, the size of the nucleus reduced without a change in the amount of cell spreading. This was attributed to a striking 52 % reduction in the expression of the LINC component SUN2, without any significant alteration after visualisation of the nuclear Lamins encasing the nuclear material. The authors knocked-down the expression of SUN2 using siRNA, to validate these observations. Indeed, this appeared to have an effect upon nuclear size, however nuclear volume was on the whole increased upon knock-down. Considering this in the context of a response to CTS, SUN2 knock-down (and overexpression) blocked its effect upon cell spreading. The authors suggested therefore that the observed results were a result directly of cues from the physical microenvironment, and this mechanism is dependent upon fine control of SUN2 expression.

Figure 2. The effect of CTS upon nuclear dynamics in MSCs. Increased CTS results in a de-coupling of the nucleus from the cytoskeleton, and is hypothesised to be due to SUN-2. Knock-down of SUN-2 validates this, resulting in a similar cellular response to that of CTS.

Overall, the authors suggest that this de-coupling mechanism provides protection to the genetic material of a cell upon challenge, in this case high frequency dynamic fluctuations in substrate strain. They suggest that this is an advantageous adaption during the complex processes comprising morphogenesis. In such a situation, cells are continually responding to a changing physical environment by which genetic manipulation would be possible. They suggest that this can be dealt with through severance of the cytoskeleton-SUN2-nucleus link.

I like how this manuscript introduces a dynamic culture environment in the direct context of mechanobiology as a whole, which was the main reason I selected this piece and why I have focussed upon the broader aspects of the paper. I also appreciate that multiple donors have been shown to generally maintain the observed responses, as often focus is directed to specific immortalised cell lines in this field of research. It is encouraging therefore for the authors to diverge from this trend and show the range of responses.

What do the different cytoskeletal compartments, apart from microfilaments, look like during these treatment conditions? How are the expression of adhesion molecules affected by CTS in this system? Furthermore, how would the differentiation capacity of these MSCs be affected by this de-coupling? Similarly, might this de-coupling process be dependent upon differentiation status, present only in more plastic cells?

Thanks for choosing to highlight our work and for raising some interesting and important questions.

Our lab is interested in the response of cells and tissues to mechanically demanding conditions, and how failure to manage stress, such as in ageing or disease, could contribute to pathology. We have applied -omics technologies to give systematic and unbiased characterisations, quantifying transcriptomes, and proteomes of cells and matrix, in vitro and in vivo. We have also developed enabling technologies to assist these studies, such as new algorithms to process complex mass spectrometry proteomics data (Mallikarjun et al. BioRxiv, 2018), model cell systems for studying mechanobiology (Galarza Torre et al. Sci. Rep. 2018) and stiffness-controlled substrates for cell culture (Lee et al. ACS Appl. Mater. Interfaces, 2018).

In this work, we examine how mesenchymal stem cells (MSCs) respond to increasingly intense regimes of mechanical straining. MSCs have been well characterised as a model system to study mechano-biological processes. Furthermore, their ability to differentiate into mesenchymal lineages, and their immuno-modulatory properties, have led to widespread interest in tissue engineering, regenerative medicine and multiple clinical trials. We hope this study can contribute to understand both a novel mechanism of stress regulation, and how MSCs may respond as they are put to medical application.

We found that genes related to the cytoskeleton were increased immediately following low-intensity strain (1 hour at 1 Hz), suggesting that cells may attempt to ‘bulk up’ their cytoskeletons, therefore increasing robustness to mechanical damage (consistent with earlier studies). However, at higher frequencies of strain (up to 5 Hz), we found transcription to be largely down-regulated, with changes occurring predominantly through protein regulation.

Proteomic datasets are large and rich (and available to download online!), but in writing the manuscript we focused on the striking loss of SUN2 which could explain the abrogated mechano-transmission to the nucleus. Nonetheless, other aspects of regulation would be interesting to explore further, such as oxidative and chaperone stress responses, cytoskeleton and adhesion complexes etc. We observed down-regulation of alpha-actinin and ankyrin following high-intensity strain, suggesting a remodeling of the cytoskeleton. Similarly, in terms of adhesion proteins, we observed an increase in paxillin (focal adhesion adapter protein) abundance following strain and a decrease in talin-1 levels. Interestingly, paxillin also showed altered phosphorylation and oxidation status, and altered mBBr probe labelling suggestive of changed conformation (following work by the Discher lab, such as described in Swift et al. Science 2013). Taken as a whole, we would suggest that the MSC response to mechanical strain appears to be rapid, structured, reversible and primarily regulated at the protein level.

The differentiation status of cells is an important contributor to tissue function and regeneration. The concept of ‘mechanical memory’ has received a lot of interest recently and has significant consequences on the selection of cell fate. One might expect this process to be bidirectional with external mechanical cues influencing chromatin remodeling, and epigenetic changes having an influence on how cells sense and respond to mechanical forces. Likewise, the physical link between cytoskeleton and nucleus has been shown to be important in the differentiation of cells on static substrates (Yang, Stem Cell Res. Ther. 2018). How the regulation of the linker of nucleoskeleton and cytoskeleton (LINC) complex affects cellular differentiation in response to dynamic mechanical load remains unknown, and cells may require an intact LINC complex in order to respond to physical cues for differentiation. We have not yet taken this work as far as to address this question, but it is worth noting that the time frame for commitment to lineage may be in the order of weeks, whereas the decoupling observed in our system occurred within an hour and returned to baseline within a day.