Keep YAP/TAZ activity and carry on. YAP/TAZ reads the mechanical environment and feeds back onto the cytoskeletal machinery to allow for persistent cell migration. 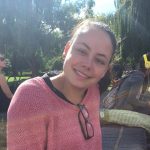 Cell migration requires the coordination of actomyosin contraction, F-actin processing, and focal adhesion remodeling. The environment plays a key role, as cells interpret both chemical and mechanical signals to alter their behavior. These signals interface with the machinery that regulates tension, actin processing and focal adhesion turnover, and can also alter gene expression. But is there a role for transcription in directing cell migration? Can the environment-mediated changes in transcription influence cell behavior? These are the questions under debate in this preprint. Mason and colleagues uncover a feedback mechanism by which the mechanosensitive YAP/TAZ transcription factors affect cell migration. To model this process, they use endothelial colony forming cells (ECFCs), circulating endothelial progenitors that play a role in forming new vasculature during wound repair and development.

By using ECFC cells, the authors confirm that YAP/TAZ are mechanosensitive – they are capable of sensing both matrix stiffness and cell density, and become nuclear (and therefore active) in stiffer and less crowded environments.

Surprisingly, chemical inhibition of transcription or depletion of YAP/TAZ reduces the speed and directionality of migration. The effect is not due to reduced expression of cytoskeletal components, which generally have half-lives greater than the experimental time window and are found in excess, nor failure to initiate cell polarisation.

Instead, YAP/TAZ-depleted cells show increased anchorage to the matrix, and increased cytoskeletal prestress: a larger amount of actin stress fibers, greater number of focal adhesions and focal adhesion length, and greater amount of phosphorylated myosin light chain. This shows that YAP/TAZ activity is essential for motility in ECFC cells.

How is it that YAP/TAZ transcriptional activity alters cell behavior, if it is not related to cytoskeletal gene expression? Upon YAP/TAZ depletion, the authors identify a rapid increase in expression of NUAK2, a kinase which deactivates the myosin light chain phosphatase and therefore reduces actomyosin contractility. Abrogating NUAK2 expression in YAP/TAZ-depleted cells mostly rescues migration, focal adhesion size and the amount of stress fibers.

Does this apply in a more complex 3D system, when the endothelial progenitor cells have to organize and form new vasculature, and sense their environment? The authors’ data suggest that it does: when YAP/TAZ activity or levels are reduced, either in cells transplanted in vivo, or in aorta explant cultures, vascular sprouting was also reduced.

Why this is cool

As a non-cell mechanics person (I work on cell fate decisions in stem cells), I found this a really interesting study. It provides a mechanism by which cells can rapidly sense and respond to the environment, either as individuals or during collective cell migration.

YAP/TAZ have also been shown to coordinate cell fate decisions in different systems. For example, modulation of YAP/TAZ causes defects in branching morphogenesis in the developing lung and kidney1,2. It would be interesting to see whether in such systems YAP/TAZ were able to coordinate morphogenesis with cell fate specification. Furthermore, could the YAP/TAZ feedback system on the cytoskeleton also allow cells to collectively sense a preferred path of migration within matrices with varying stiffness?

Whether regulated transcription is needed for migration has been a long-standing question. We were surprised to find that preventing either transcription or translation caused motility arrest, not because the cells “run out of gas,” so to speak, but rather because they lose the ability to put a break on actin tension and adhesion maturation. We were particularly excited to find that this is regulated by a feedback loop in which cytoskeletal dynamics induce transcriptional regulators that in turn modulate the cytoskeleton. Determining the role of this cytoskeletal feedback system in neovascularization in vivo is certainly an interesting follow-up question we’re chasing.

We very much appreciate the implications you raise. Our laboratory is broadly interested in the mechanobiology of morphogenesis and regeneration, and we are excited to test the role of this feedback mechanism in these contexts. For example, we recently found that YAP and TAZ combinatorially determine the shape and constitution of bone matrix during development.1 Interestingly, similar to our observations here, we found that YAP and TAZ can partially compensate for one another, but also exhibit differential potency. We are very interested to understand the mechanisms that provide this contextual specificity and to determine the extent to which this cytoskeletal feedback influences cell fate decisions.

Your question about durotaxis an excellent one: how do cells migrate from regions of low to high matrix rigidity without getting stuck? Is mechanotransduction merely a one-way street, in which mechanical cues induce transcription factor activation, gene expression, and cell fate decisions linearly, or could these events require transcriptional feedback? We are anxious to find out!