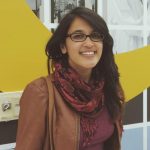 In addition to classical methods such as cell fractionation and immunoprecipitation, proximity labelling (PL) has become an important tool to study the compartmentalisation of protein networks and macromolecular complexes in living cells. Currently, PL involves targeting promiscuous enzymes such as APEX1,2, BioID3 or TurboID4, to a protein complex or an organelle of interest and initiating biotinylation of endogenous proteins localised within a few nanometers of the promiscuous enzyme. Biotinylated proteins may be harvested using streptavidin beads and further identified using mass spectrometric methods. Although current PL techniques have been valuable to map the proteomes of various organelles, they do not achieve the spatial specificity required to identify proteins at organelle contact sites. Variants of PL enzymes split and fused to two different organelles could offer the specificity required to only biotinylate proteins in the vicinity of organelle contact sites.

Cho et al screened 14 different split sites on the previously described TurboID enzyme4, with each pair fused to FKBP and FRB proteins, which associate upon induction with rapamycin (Fig 1A). The screen found an optimal fragment pair (split at the 73/74 split) whose reconstitution, and further biotinylation activity, depended on the presence of rapamycin. Impressively, split-TurboID performed with significantly higher activity than previously described split PL enzymes (split-BioID and Contact-ID), as well as the original full-length BioID5,6,7.

With this tool, Cho and colleagues targeted the two TurboID fragments (still fused to FKBP and FRB in order to enable rapamycin-induced dimerization) to a transmembrane domain ER membrane resident protein, Cb5, and Tom20, an outer mitochondrial membrane resident protein (Fig 1B); expression of these constructs in HEK 293T cells showed compartment-specific localisation. Incubation of these cells with biotin for 4 h led to biotinylation activity, which was further enhanced upon addition of rapamycin.

Finally, biotinylated proteins (from streptavidin-enriched samples) were labelled with isotopically distinct tandem mass tags (TMT) and the relative abundance of the proteins was quantified across the different samples using mass spectrometry. The samples comprised of split-TurboID with or without rapamycin addition, full-length TurboID control as well as single replicates of appropriate controls. The mass spectrometric data were filtered, and 67 proteins were identified in the dataset with rapamycin, while 63 proteins were identified without rapamycin. Interestingly, there were over 70 “orphan” proteins, which had not been assigned to ER-mitochondria contacts previously. Cho and colleagues further validated eight split-TurboID-identified ER-mitochondria contact orphan proteins, using overexpression and imaging, as well as biochemical fractionation. These proteins have been annotated to span a range of diverse functions, and their function at ER-mitochondria contact sites could have exciting biological implications.

As someone with an interest in metabolic compartmentalisation, I can foresee this tool being very useful in determining changes in the assembly of macromolecular complexes or organelle contacts depending on functional changes within the cell (for example, under nutrient stress conditions). This can be especially relevant when assessed under disease settings, such as metabolic disorders or cancer.

Aside from being a great tool, I appreciated the methodical nature of this preprint. Each step clearly built upon the previous and I also liked the comparisons of split-TurboID with previously described split PL enzymes, and clear evidence of why split-TurboID is better.

We think that (1) the intrinsic activity of reconstituted split-TurboID is lower than that of full-length TurboID. Even after the fragments come together, the active site may not be fully restored to look like the original TurboID’s active site, resulting in a decrease in catalytic efficiency, and (2) only a small fraction of split TurboID will be reconsitituted (at ER-mito contact sites) compared to full-length TurboID which is active over the entire mitochondria or ER surface. So this accounts for a big difference in the amount of material biotinylated per unit time as well.

We do not think we are forcing artificial organelle interactions because in imaging controls using the same cell line and labelling conditions as were used in our proteomics experiment, we did not observe a significant increase in ER-mitochondria contacts compared to untreated cells. Furthermore, analyses of our +rapamycin and -rapamycin proteomic datasets did not show obvious differences in specificity or coverage, and both datasets produced novel hits that we then validated by MAM blotting and overexpression imaging.