Stopping Transformed Growth with Cytoskeletal Proteins: Turning a Devil into an Angel 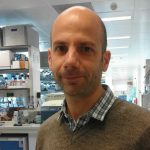 How this work fits the bigger picture

A long-standing test of aberrant control of cell growth that is linked to cancer is the proliferation of cultured cells in soft agar. This assay relies on the observation that cancer cells lose their ability to sense the stiffness of the extracellular matrix, avoid apoptosis, and survive in soft extracellular environments. Cells are intimately linked to extracellular matrix proteins through cell surface receptors, such as integrins, that connect to cytoskeletal structures. Over recent years, the precise mechanisms of how cells relay mechanical signals from the extracellular matrix has been a keen area of active research, and here Michael Sheetz and colleagues build on the role that the cytoskeleton plays in such control.

In this provocatively-titled preprint, the authors confirm and extend previous work through a focussed dissection of the relative expression of selected cytoskeletal components. The authors first noted expression differences between normal and cancer cell lines (for morphology, force sensing and cytoskeletal proteins), and then proceeded to show that modulation of various cytoskeletal components (myosin IIa and tropomyosins) was able to control force sensing and growth in soft agar.

I was attracted to this manuscript as it presents data utilising multiple cancer cell lines, which have been transformed by a variety of mechanisms and scales of measurement (time and molecular spatial organisation). Furthermore, the effects were rescue-able through knockdown or over-expression of selected cytoskeletal components. Interestingly, not all cytoskeletal components had equivalent effects, and some (myosin IIb) were unable to rescue the observed phenomena.

Taking this work forward, it will be interesting to assess a role for the relative expression of myosin IIa and tropomyosins using in vivo models of cancer. Perhaps this would be achievable in the first instance through the use of tools from the emerging field of cancer organoids? It would also be of interest to see how the observed effects input into other well-described force sensing pathways such as YAP/TAZ cytoplasmic-nuclear shuttling, as these pathways are strongly influenced by the actin cytoskeletal network.