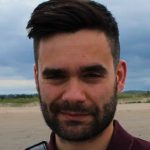 The ability to visualize and manipulate different cell types is central to understanding the biology of cells and the function of genes. Gaining genetic access to specific cells allows, for instance, expressing exogenous genes such as reporters to visualize the cells, effectors to manipulate their physiology, or disrupting endogenous genes to study their function specifically in the cells of interest. Current approaches are based on placing regulatory DNA sequences that drive expression in the desired cell type upstream of the gene of interest, but there is room for improvement. For instance, for intersectional strategies, current approaches can employ at most three promoter regions to drive expression of genes of interest, e.g. using two-component systems such as the Gal4/UAS or loxP/Cre systems. However, in many cases, a combination of several more marker genes and their promoters would be needed to truly achieve single cell-type specificity. Furthermore, expressing multiple exogenous recombinases and transcription factors causes cellular toxicity, and when experiments require targeting multiple cell types simultaneously, current strategies are simply insufficient.

In this preprint, the authors design new fluorescent protein based CaSSA reporters that take advantage of the conserved mechanism of single-strand annealing (SSA) that occurs during repair of double-stranded DNA breaks (DSB) located between two direct repeats. During SSA, single-stranded regions are formed next to the DSB that extend to the repeats, the complementary strands from each repeat are annealed, the single strand tails are digested, and the gaps are filled in. Thus, the repair outcome is predictable, with perfect excision of one repeat and the intervening sequence.

In CaSSA reporters, the coding sequence for the fluorescent protein is disrupted by a target gRNA sequence followed by a repeat of part of the FP. This reporter does not produce any fluorescent protein under normal conditions; but in the presence of Cas9 and the appropriate gRNA, DSBs are induced between the repeats, enabling SSA to occur. SSA excises one repeat and repairs the sequence such that it perfectly reconstitutes the fluorescent reporter reading frame. Thus, whenever fluorescence is observed, an experimenter knows that all components of the system (CaSSA reporter, Cas9 and gRNAs) are expressed and active. The authors adapt the gRNA construct to use RNA polymerase type II promoters by flanking the gRNA sequence with self-cleaving ribozymes, and multimerizing up to 24 gRNAs. This CaSSA system works as expected in vivo: in flies expressing CaSSA reporters and gRNAs ubiquitously there is no visible reporter expression; by additionally expressing Cas9 specifically in neuroblasts, CaSSA reporters were only reconstituted and fluorescent in the brain. The authors show that multiple patterns can be reported in parallel with no crosstalk, by combining two differently coloured CaSSA reporters (with different gRNA sequences) and expressing each gRNA under a different promoter. They also designed a bidirectional gene-trapping construct that drives expression of distinct gRNAs, one from each direction, reconstituting differently coloured CaSSA reporters and enabling the capture of endogenous gene expression patterns. The authors further expanded the system by creating CaSSA reporters that enable union or intersection of expression patterns (“OR” and “AND” gates, respectively). The “OR” construct contained two different target gRNA sequences in the CaSSA reporter, such that DSBs and reporter reconstitution can be induced by either of two gRNAs expressed under two different promoters. In the “AND” construct, two different disrupting cassettes interrupt the FP coding sequence, such that expression of both gRNAs controlled by two different promoters is necessary for the cell to reconstitute the CaSSA reporter. The authors show that these intersectional tools work as expected in vivo, not only in flies, but also in vertebrates using zebrafish.

Why this work is important / Future directions

I think this work showed remarkable ingenuity in solving outstanding issues in genetic manipulation of individual cell types. I think this work is important because using the versatile Crispr/Cas9 system for essentially limitless cell-type specificity with genetically encodable tools will be accessible to most researchers, in a broad range of applications. The authors exemplify this versatility, for instance by reporting multiple cell types simultaneously, by using the system for gene trapping, and for intersectional gene expression strategies. As the authors note, the core system already provides intersectional specificity (due to allowing different Cas9, gRNA and CaSSA reporter promoters); expanding it using “AND” cassettes should allow in principle any cell type to be targeted, without adding to any toxicity by expressing additional protein components. Moreover, the authors suggest that further intersectional power may be incorporated in the system simply by expressing each gRNA as two parts, crRNA and tracrRNA, with two different promoters.

As noted by the authors, in the intersectional construct which requires two DSBs in separate regions of the reporter, simultaneous DSBs could lead to larger deletions that prevent reporter reconstitution. I wondered how often such events occurred. Another limitation of genetic expression strategies in general is that each individual driver may not always completely label all the cells; so the intersection of drivers may compound this problem and result in significantly less efficient labelling.  The authors determine that efficiency of the intersectional strategy could be around 40%. I wondered if the authors had any suggestion as to how this trade-off between increasing specificity and decreasing expression efficiency could be overcome?

We really appreciate your interest in CaSSA. Your excellent summary will help many people to approach to this technology.

As noted by the authors, in the intersectional construct which requires two DSBs in separate regions of the reporter, simultaneous DSBs could lead to larger deletions that prevent reporter reconstitution. I wondered how often such events occurred.

Another limitation of genetic expression strategies in general is that each individual driver may not always completely label all the cells; so the intersection of drivers may compound this problem and result in significantly less efficient labelling.

Finding good drivers for your cell type of interest is always challenging. But this is even trickier when dealing with neuronal lineages in the Drosophila brain. These lineages are usually unique for each hemibrain such that you do not want to miss any particular lineage. But even in that case we found drivers that can label very efficiently (>90%) some neuroblasts in the Drosophila brain. This type of drivers should suffice to achieve a good intersectional efficiency.

In other models where the cell type of interest exists as multiple instances, the efficiency should be less of a problem as you probably do not mind not targeting all of your cells.

The authors determine that efficiency of the intersectional strategy could be around 40%. I wondered if the authors had any suggestion as to how this trade-off between increasing specificity and decreasing expression efficiency could be overcome?

We are very happy you ask us this question. Our goal when we conceived CaSSA was to show proof-of-principle that the potential of the CRISPR systems could be unleashed to target specific cell types. Even the existing version of intersection has ended up being a very useful tool for us and our collaborators. Now we are creating new reporters to help overcome this limitation. Since we know larger deletions are less likely to happen, one of the ideas is to introduce a long intron between both target sites. Alternatively, we are thinking about how to create genetic switches based on Cas9 variants that edit DNA without introducing double strand breaks. With all available CaSSA reagents, such optimization should be rather straightforward.

In conclusion, CaSSA is only the beginning of many new opportunities. For anyone interested in this system, do not hesitate to contact us if you need reagents or have any question. And for those interested in lineages and synthetic biology, we are currently working in a new tool based on some of the CaSSA ideas and reagents. So please stay tuned!