A unified role for membrane-cortex detachment during cell protrusion initiation

To detach or not detach: membrane-cortex detachment is essential for both pressure- and actin-based protrusions. 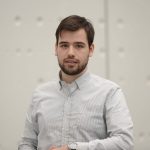 Membrane protrusions are targeted membrane extensions involved in diverse cellular processes such as cell migration or cell adhesion. In order to create a protrusion, the cell membrane must be deformed and extended, a process that is dependent on force-generation mechanisms as for example actin-polymerization. Recently, mechanisms of protrusion formation that are independent of actin-assembly have been reported, and in these studies intercellular pressure arose as an additional protrusion initiator. Thus, cells form protrusive structures by at least two distinct means: through an actin-driven (e.g. lamellopodia) and a pressure-driven (blebs) mechanism. Interestingly, hybrid forms of the two have been observed, particularly in the tumour context, suggesting that morphological plasticity in between these different types of protrusions can happen, especially in variable microenvironments. This study sought to understand how divergent the molecular processes that rule these two types of protrusions are and which conserved pathways might contribute to their interconversion. By using a myriad of biophysical, imaging and theoretical approaches, the authors could show that membrane-cortex detachment is required for both type of protrusions. Altogether, these data identify membrane-cortex detachment as the protrusion initiator event bringing together the different protrusion types under the same regulatory mechanism.

The authors made use of a 3D culture system where they cultivated melanoma cells that exhibit morphological plasticity in between actin-based protrusions and pressure-based protrusions. By combining isotropic light-sheet microscopy, membrane tracking and GFP-tagged ezrin#, they could evaluate protrusion formation and behaviour and correlated it with low and high ezrin-GFP areas. In addition, other cell lines such as adherent osteosarcoma cells (U2OS) were also used as a model for robust actin-based protrusions in a 2D environment.

Ezrin is depleted from the actin-based protrusive structures.
The same melanoma cells, when performing mesenchymal migration, show reduced ezrin from actin-based protrusive structures. Interestingly, the result was confirmed in two other models of actin-based protrusions, in the growth cone of rat neurons and the flat lamellopodia of U2OS.Ezrin fluctuations in membrane cortex-attachment are required for protrusion initiation.
How actin polymerization generates force in order to push the membrane forward can be explained theoretically by the tethered Brownian-Rachet model, however it does not describe what the initiator of a protrusion event is. By updating the model and including the ability of ezrin to tether the plasma membrane and the actin, the authors found that ezrin fluctuations elicit protrusion onset. Additionally, they corroborated the updated model experimentally in U2OS cells. In fact, ezrin reduction happened prior to protrusion initiation, in a time scale of about 5s before a protrusion pledges.

Ezrin phosphorylation regulates ezrin fluctuations.
Phosphorylation of ezrin is known to regulate its binding affinity to actin. Interestingly, by using a phosphomimetic version of ezrin (T567D) that has a higher affinity to actin, protrusion frequency, duration and velocity were decreased. Moreover, when a high affinity ezrin species was fed gradually into the updated Brownian-Rachet model, the protrusion onset gradually decreased, recapitulating the experimental observations.

By using a very elegant approach, the authors propose a vision on protrusion formation that constitutes a paradigm shift in the field. A common initiator for both types of protrusions simplifies years of reports on the different morphologies of protrusions, some only reported in very specific contexts. By providing an experimental and theoretical ground for the protrusion initiation, the authors could show that there is plasticity in this cell morphogenesis event and open a whole new chapter in the study of protrusions.

This report focuses very much on ezrin. How would you convey the role of other tethering proteins from the ERM family (e.g. radixin, moexin) or CIP4 family?
What is the defining point for protrusion morphology if both types of protrusions start by the same event, i.e., membrane-cortex detachment?

We would like to thank Martim for writing this prelight and for sharing our enthusiasm for this work. As he points out, we have focused on ezrin as a prototypical membrane cortex linker, but there are many other such linkers that may contribute to regulation of cell protrusion. We look forward to seeing how these different proteins might regulate protrusion in concert with ezrin. Given the emerging similarities between protrusion types, I am tempted to suggest that we don’t need to apply labels to certain structures based purely on their outward appearance. That being said, there are certainly differences between blebs and lamellipodia, the most obvious being that lamellipodia exhibit strong adherence during protrusion. Thus in answer to Martim’s second question, I speculate that extracellular forces and/or constraints may be a mechanism that shapes protrusions despite similar core mechanics.